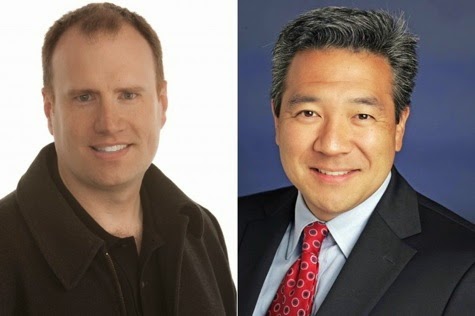 There's no doubt that the hottest thing right now is superhero movies. They make bank at the box office, they're getting quality, Oscar-worthy talent and are getting some of the greatest writers and directors today. They're not just in it solely for the money, but to tell really good stories and please the fans as well. For the Marvel Cinematic Universe, the man behind all of this is Kevin Feige. He is the ultimate mastermind- the cohesive thread between all of the films, more so even than Samuel L. Jackson. He has his hand in every Marvel film and knows the larger picture of how everything connects. For a while, DC lacked their Kevin Feige. They had the success of some of the best comic book films to date with The Dark Knight Trilogy, but moving on from that, they needed someone to know the larger picture as they went ahead with their cinematic universe. Kevin Tsujihara became the head of Warner Bros. in 2013, and is the overseer of the new DC Cinematic Universe.

So right now it's a battle of the Kevins. Feige has been meticulously crafting his universe for years and sees no near end to it. Tsujihara is putting his pieces in place and is ready to capitalize on the great roster of characters he has available to him. Which one makes better films, we don't know yet. Tsujihara has only headed one film in Man of Steel, so seeing how the next five or so years pans out for him will show who is the better head. But right now, it's all about molding this new universe.

In a recent interview, Tsujihara stated the major difference that will separate what he's doing with DC from what Feige is doing with Marvel. He said:

“The worlds of DC are very different… They’re steeped in realism, and they’re a little bit edgier than Marvel’s movies.” 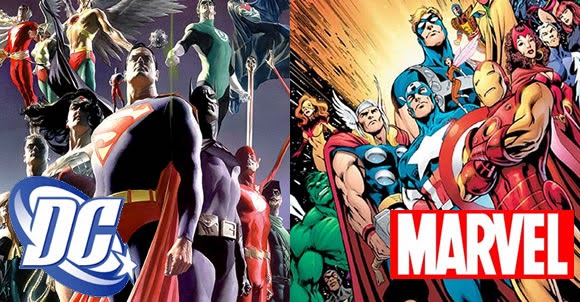 The biggest complaint about Man of Steel was the fact that it was too dark, gritty and realistic than what people wanted it to be. I personally really liked the film and I like that tone. I love the tone Marvel has, but I've always wanted DC to try to differentiate themselves from that, and this is a great way. This realism and being edgier, in my opinion, worked with Man of Steel, and from what we've seen so far from Batman v. Superman: Dawn of Justice, it also works well. There may be people who are naturally opposed to this because they are under the mindset that all superhero movies should light and bubbly. They shouldn't. Marvel's strongest films are when they also have dark undertones as well as the humor. Comic book films are at a point where they need a more serious tone because of the sheer quantity of them. They need something to change them up, and this darker tone I think will work for DC.

What do you think? Do you like Kevin Tsujihara's comments? Do you think DC should got for a more realistic and edgier tone than Marvel? Did you like Man of Steel? Leave your thoughts in the comments section below.