It wasn't all too long ago that we learned that District 9 director Neill Blomkamp would be giving us a new Alien film, one that would ignore the events of the less-appreciated Alien 3 and Alien: Resurrection. Since then, we have heard that Sigourney Weaver is considering returning to the franchise, and reports are saying that Michael Biehn has Ben contact for reprising his role as Hicks. How this will all come together is still rather unknown, but we do know that Alien 5 is on the way. Since the release of Blomkamp's third directorial film just a few weeks ago with Chappie, excitement for his spin on an Alien film has died down. Chappie was met with harsh criticism and many have considered the brilliance of District 9 to be a one-hit wonder. I still have optimism that Blomkamp will deliver, simply because of how much of a fan he is of re franchise. This will be the first time Blomkamp takes someone else's story and adapts it, and we know how special this franchise is to him. I think Blomkamp will try his damnedest not to screw this up. However, at the same time that Blomkamp is working on Alien 5, Ridley Scott is also working on his sequel to 2012's Prometheus. These two films will exist in the same universe, so naturally, there will be lead-ins for both movies, as is with any cinematic universe.

In a recent interview, Blomkamp confirmed that he had rework his script a bit to fit in Prometheus 2, saying:


“I changed the one thing [Ridley Scott] felt was bumping ‘Prometheus’ a little bit. One thing that makes me feel good about it is that Ridley is producing it. He likes the idea of what I want to make.”

I totally get it. Scott is a producer on this film and if he thinks one of Blomkamp will infringe on what he wants to do with a sequel, I completely understand. This is all one, cohesive universe and all elements should fit together. Look at what happened to the X-Men universe. All these different movies said "F*ck it! We're doing what we want to do!" and the continuity got so screwed up that they dedicated an entire film to fixing that screw up. If Blomkamp has to change one thing, then so be it. 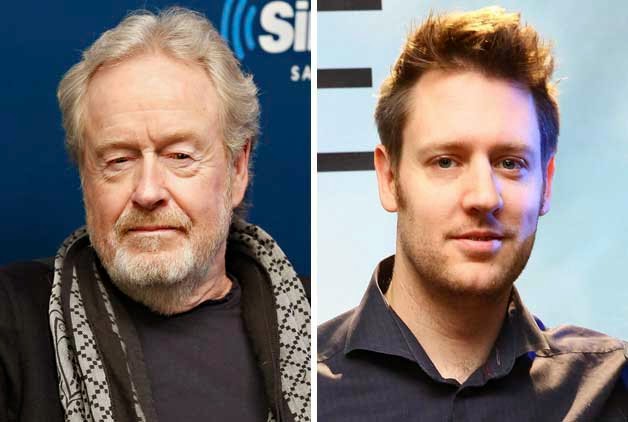 When we will learn more information about Blomkamp's Alien 5? Maybe not for a little while. Blomkamp confirmed that there is a title planned out for the film, and it's "bold". He said:

“I sent what I wanted as the title to Ridley. It’s kinda quite bold, and he was like, ‘I really like that.’ So I’m gonna test it, I don’t think it’s gonna work, though. I have my own idea but it gives away too much if I say the title. But in the event that it doesn’t work, I’m dead in the water…”

I am very excited to see what this title is. From the sounds of it, it will be a title that, when we hear it, we'll know exactly where this is headed and that makes me excited. I honestly don't know what it could be that fans will have that level of understanding, but I can't wait to hear it.

Terri Tatchell, co-producer and Blomkamp's wife, went on to talk about why he ultimately chose to do this film, saying:

Tatchell: “[Neill's been] hemming and hawing, going back-and-forth [about making 'Alien 5']. Finally I said, ‘Look, look at what you make me drink my orange juice out of every morning,’ and I pulled out of the cupboard, we have these set of glasses that have these brutal scenes from the movies. I said, ‘You make your daughter drink out of these cups! This is a sign.’”

Blomkamp: “No bulls**t, that made me realize there is a massive portion of my brain taken up by the xenomorph. I was like, ‘Hmm, that’s a valid point.’” 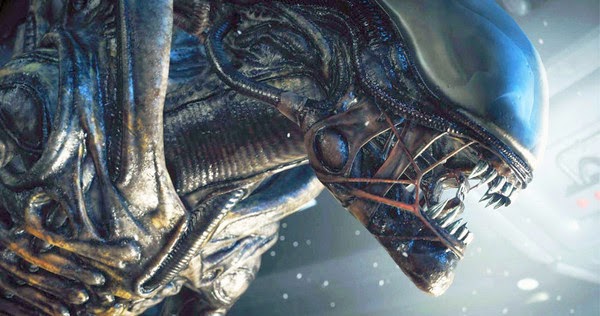 I think the main problem with Elysium and Chappie was that Blomkamp didn't have nearly as much time and passion to fully develop it. With District 9, it was a story he had been developing for over a decade. The other two films were movies he put out to stay a present director. However, I think these comments show he'll take a different approach to Alien 5. He is clearly passionate about this franchise if he has Alien cups at his house. But these are ideas he has probably had for years, thinking "What if..." and now he actually gets to make it. I think this is a project that Blomkamp is going to force himself not to f*ck up.

What do you think? Are you looking forward to Alien 5? What about Prometheus 2? Leave your thoughts in the comments section below.