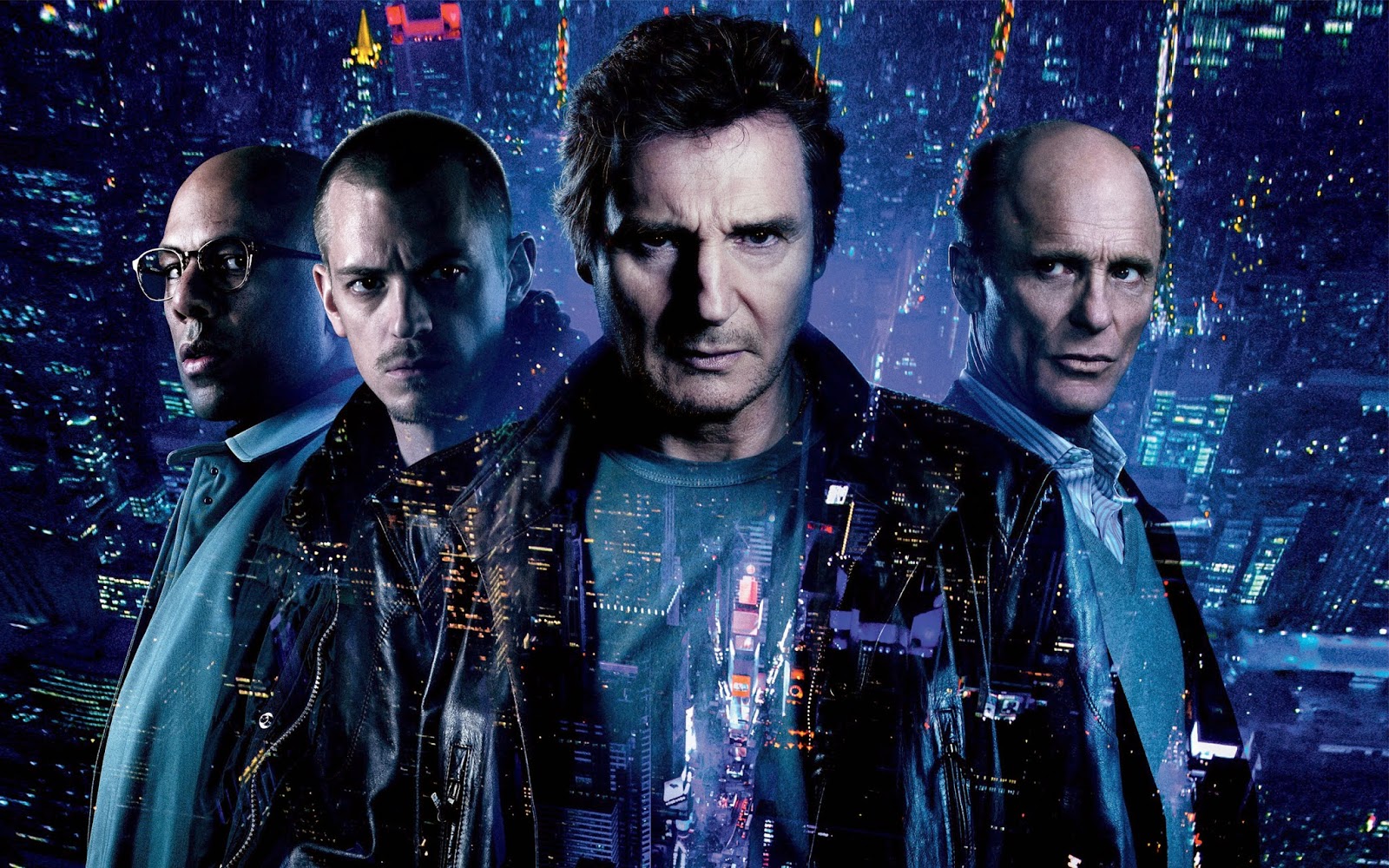 When you initially hear that yet another Liam Neeson action movie is coming out, your first thought is usually "Well this is going to be bad." I love Neeson. He's not just a great action star, but he's a great actor period. But he keeps putting out these films at such a rapid pace and a lot of the time they're less than desirable. And it seems they are all rip-offs of Taken without having the quality of that film. So when I heard about it, I didn't have high hopes. Then the rating came out and they weren't that good. But our other writer Rob wanted to see it, so I thought "Oh what the hell. I'll go see it". 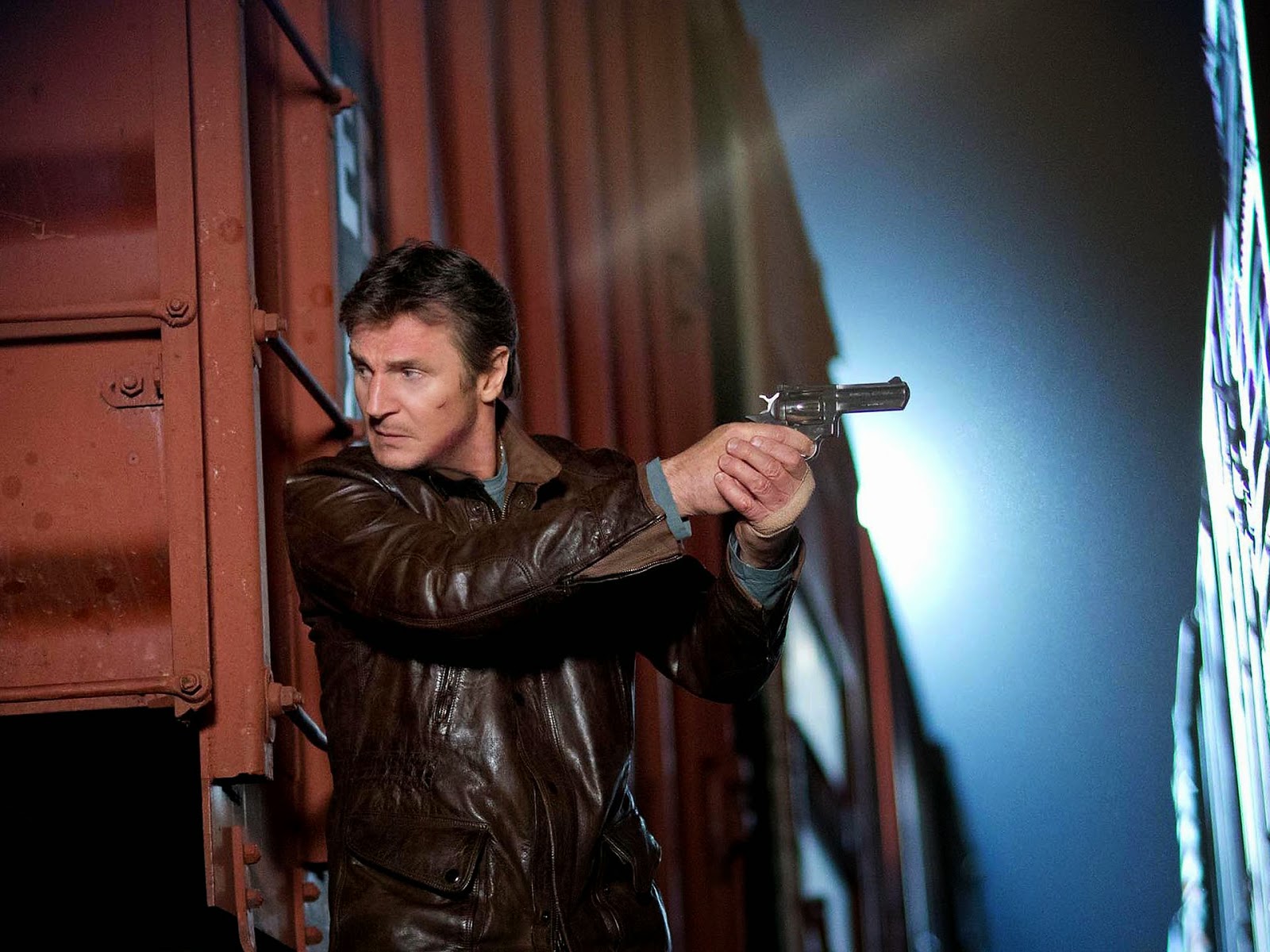 In this film, Liam Neeson is not the kick-ass Dad he is from Taken. He's an ex-hitman who is being plagued by his past. He is haunted by those he has killed. He can't sleep. He can't live life. As he puts it in the film, he's paying for his crimes without having to be behind bars. He's also been a sh*t father. He's not really a good person and his son has suffered from that. Joel Kinnaman plays his son. I've never really seen Kinnaman give a good performance. I thought he was decent in RoboCop but I haven't seen him truly deliver. Run All Night is the best that I've seen Kinnaman at. He is a character torn between trying to be a better father than Neeson was, but being pulled into this world of assassins against his will.

Even though the relationship between Neeson and Kinnaman is good, there is an even better relationship in the film. The dynamic between Neeson and Ed Harris is fantastic, and my favorite part of the film. They were partners in crime for years and have remained friends into their later years, but one event changes their relationship forever, putting them against each other. Every time they are on scene together, there's this friction between them. You can tell that they are playing with each other just as much as they are trying to kill each other. Their dynamic was so strong that the film dragged a bit when the focus went to Neeson and Kinnamon, leaving out Harris. 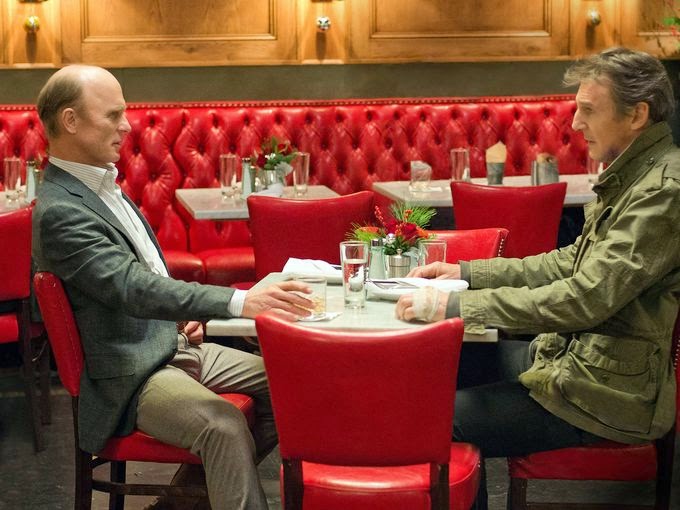 Vincent D'Onofrio has a role in the film as the main police officer that is tracking down Neeson and I thought he did a really good job. What was interesting was that they didn't make him the true hero and Neeson the true villain. Both of them were grey characters. Neeson was not a good person, but he risked his life to protect his son. D'Onofrio was a good cop, but was even a bit dirty himself in taking bribes from Neeson, even though they were good intentioned bribes (you'll understand when you see the film). Common also makes an appearance as an assassin sent by Harris to take down Neeson and Kinnaman, but his character felt really out of place. The entire movie set itself to be realistic but Common's character had night vision goggles and different gadgets that did not fit in with the world created prior. It almost felt as if he was from a different movie altogether.

The action is also well done. For the most part, it is your standard action flick fights- a car chase, a couple fist fights, a shoot-out. But it was shot well and didn't use too much shaky-cam. There were some specific shots in different fights that stood out to me. The action in this movie, and even parts of the plot, reminded me a lot of John Wick. Specific to the action though, they both were set in ultra-realistic worlds. There are one-on-one fights that last a long time because they make an effort to show that it takes a lot of work to take down a trained operative. The bathroom fight in Run All Night reminded me of several similar type fights in John Wick. 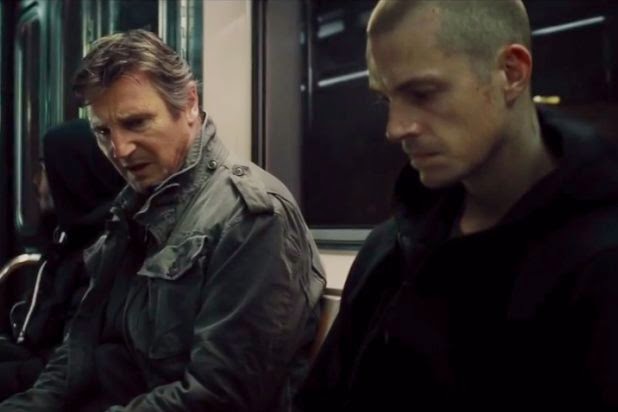 Is this the next big action movie? No, it's not. But it is a really good film. There was a whole emotional level that I was not expecting and it was executed fantastically. The acting was really good and the relationships and dynamics were engaging. The action may have been a bit standard but it served its purpose. Overall, it was a very enjoyable movie.

What do you think? Do you plan on seeing Run All Night? Have you already seen it? What did you think? Leave your thoughts in the comments section below.