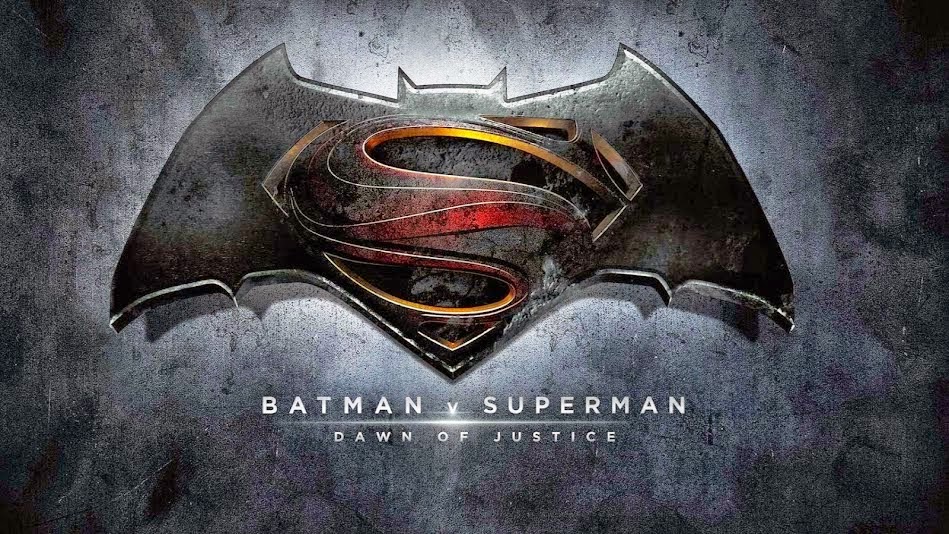 Yesterday saw the release of the first trailer for the highly anticipated Batman v. Superman: Dawn of Justice (which you can see here). The trailer is awesome, but so much is going on. In this article, I will be breaking down the trailer shot-for-shot and analyzing it to see what it truly reveals. Let's get started. 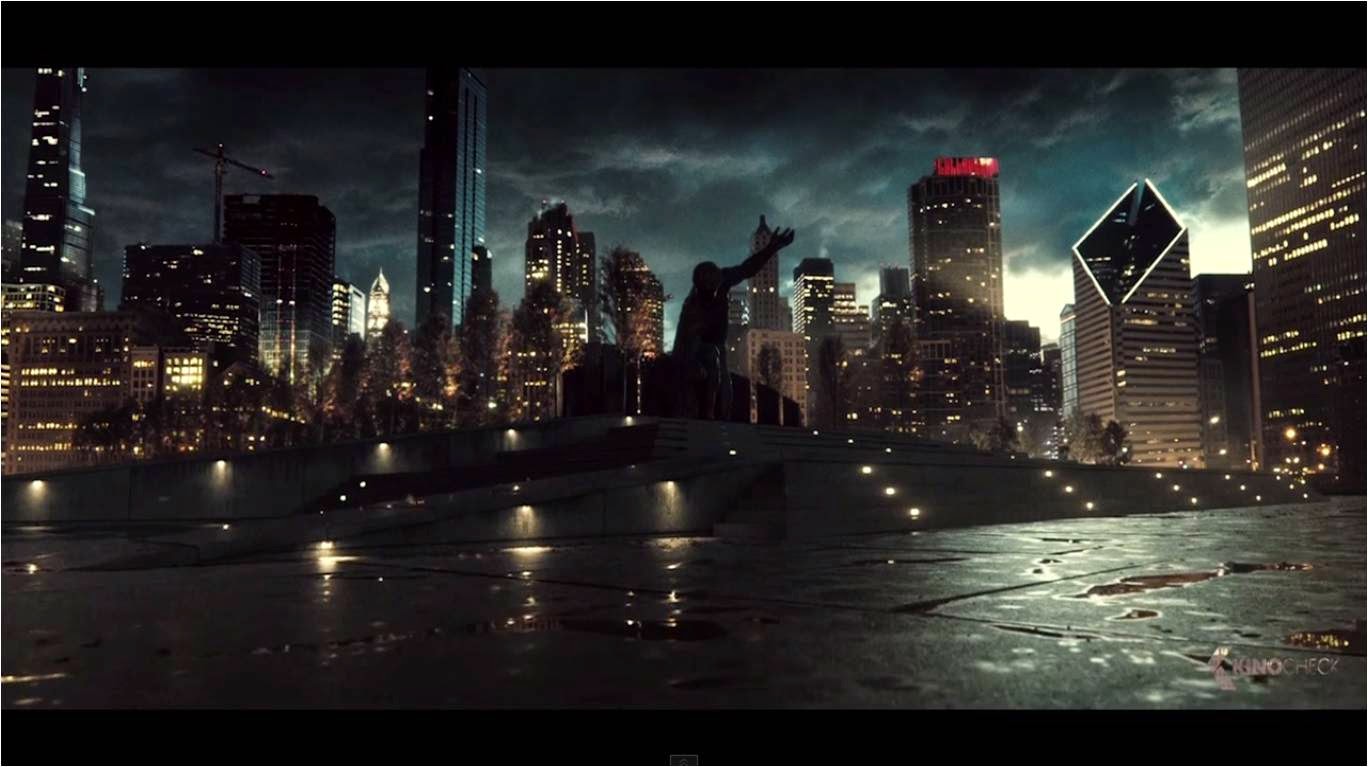 This has to be Metropolis, since it has the statue of Superman. However, the city looks pretty put together after being torn apart by two alien gods. Maybe it's Gotham? Or maybe it's been a while since the events of Man of Steel. 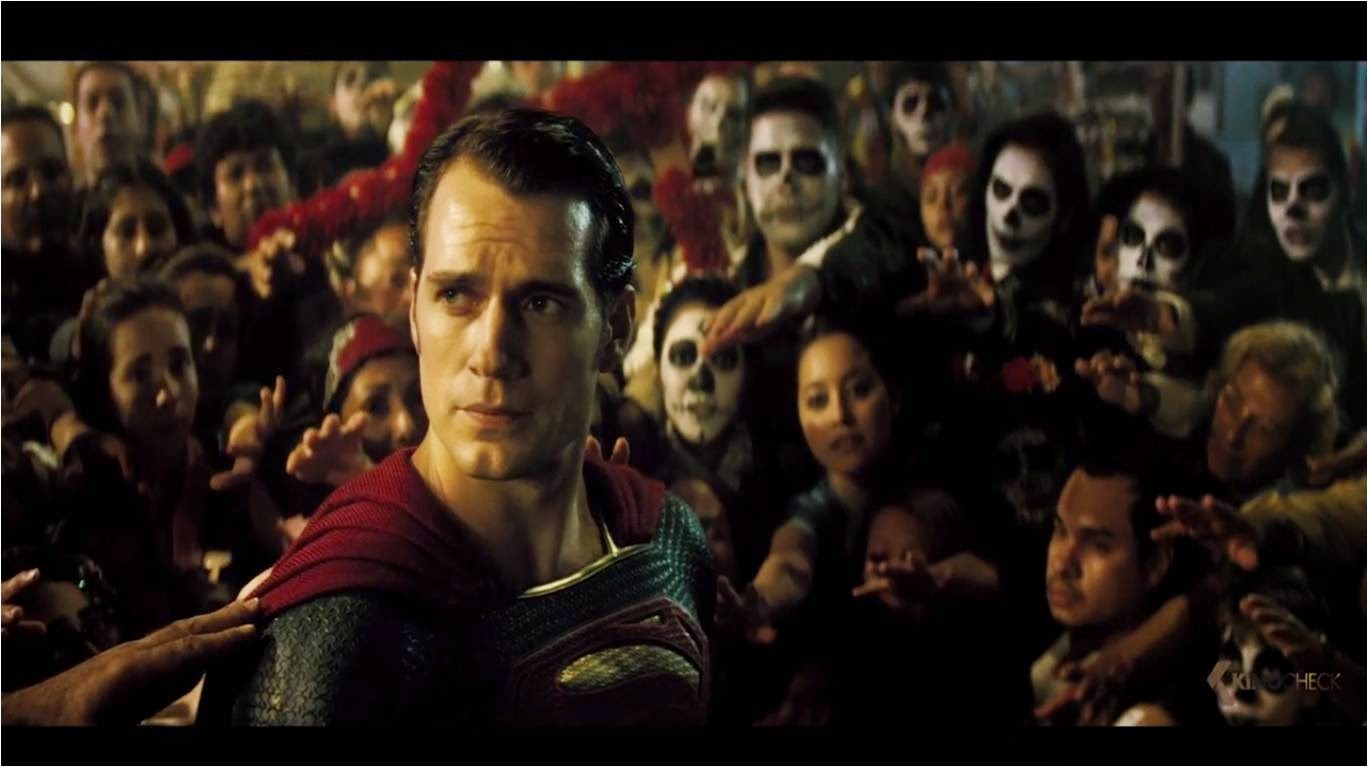 So Superman is the new lead singer of KISS? With so many people against him, it would make sense that he would have a group of extremist followers, which tends to bring out the crazies. 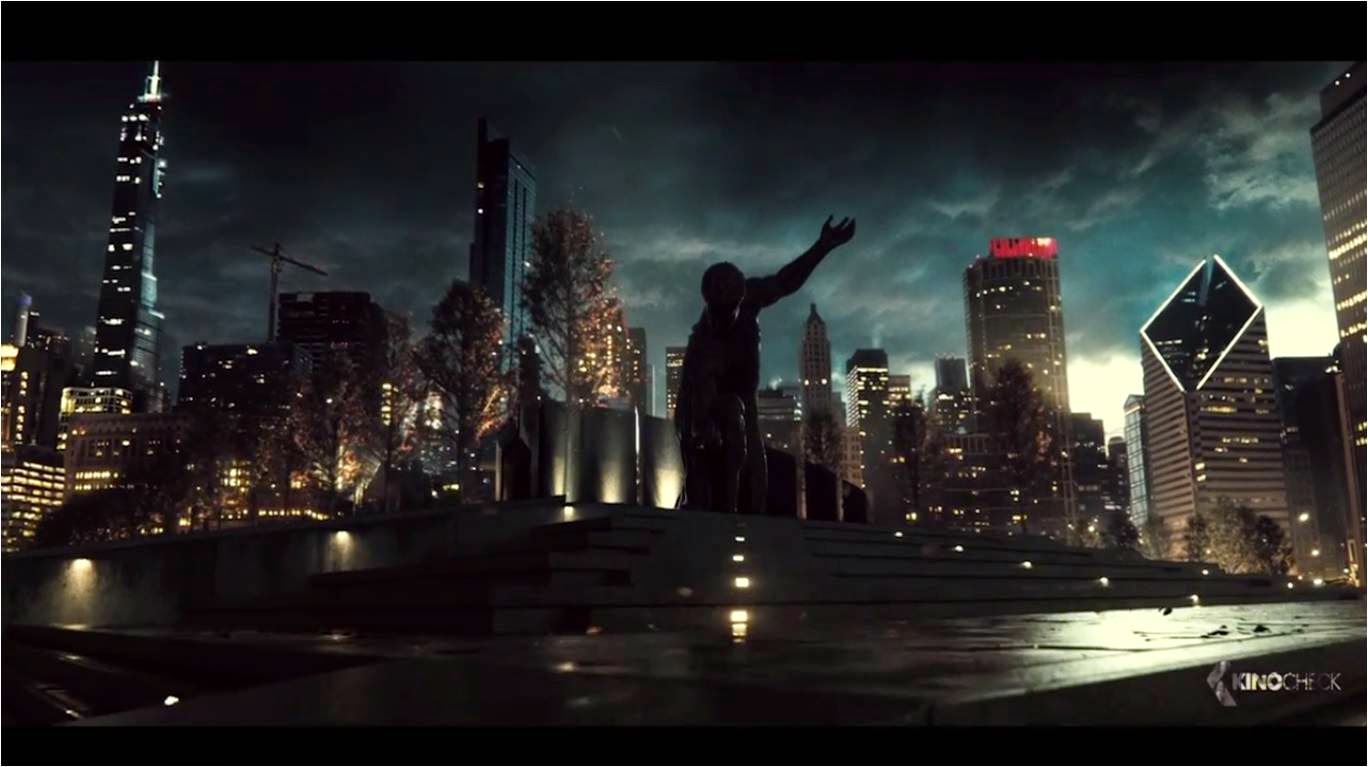 The voice over work is fantastic in this trailer. It paints a very vivid picture of how, realistically, the world would react if an alien god came to Earth and tore apart half of one of its biggest cities. 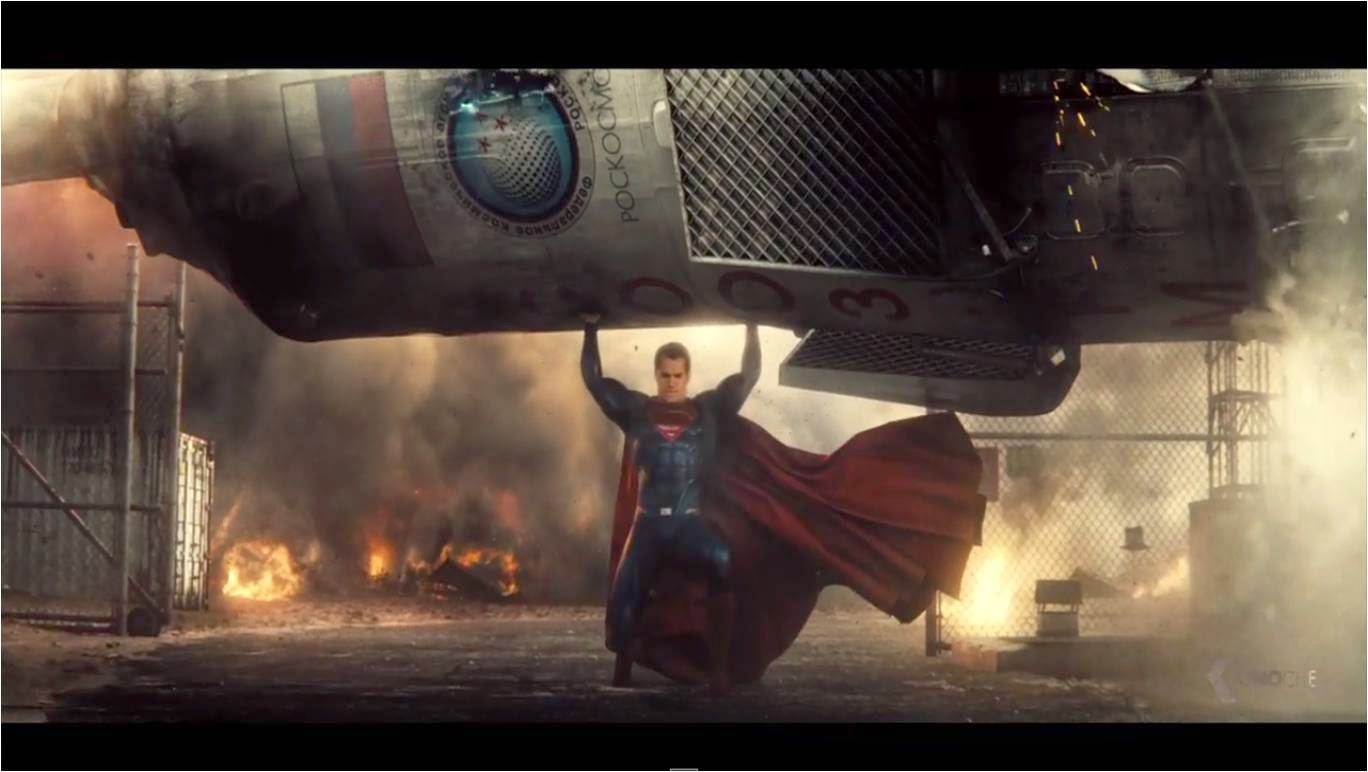 It's hard to tell what this object is. I get the sense that it's some sort of satellite or spacecraft. It just doesn't look like a car or vehicle to me. Plus, the destruction in the background doesn't lend itself to be just some ordinary day in Metropolis. Could this be a third act battle? Who could cause damage like that, on the level of Zod? Doomsday? Darkseid? I guess we'll find out. 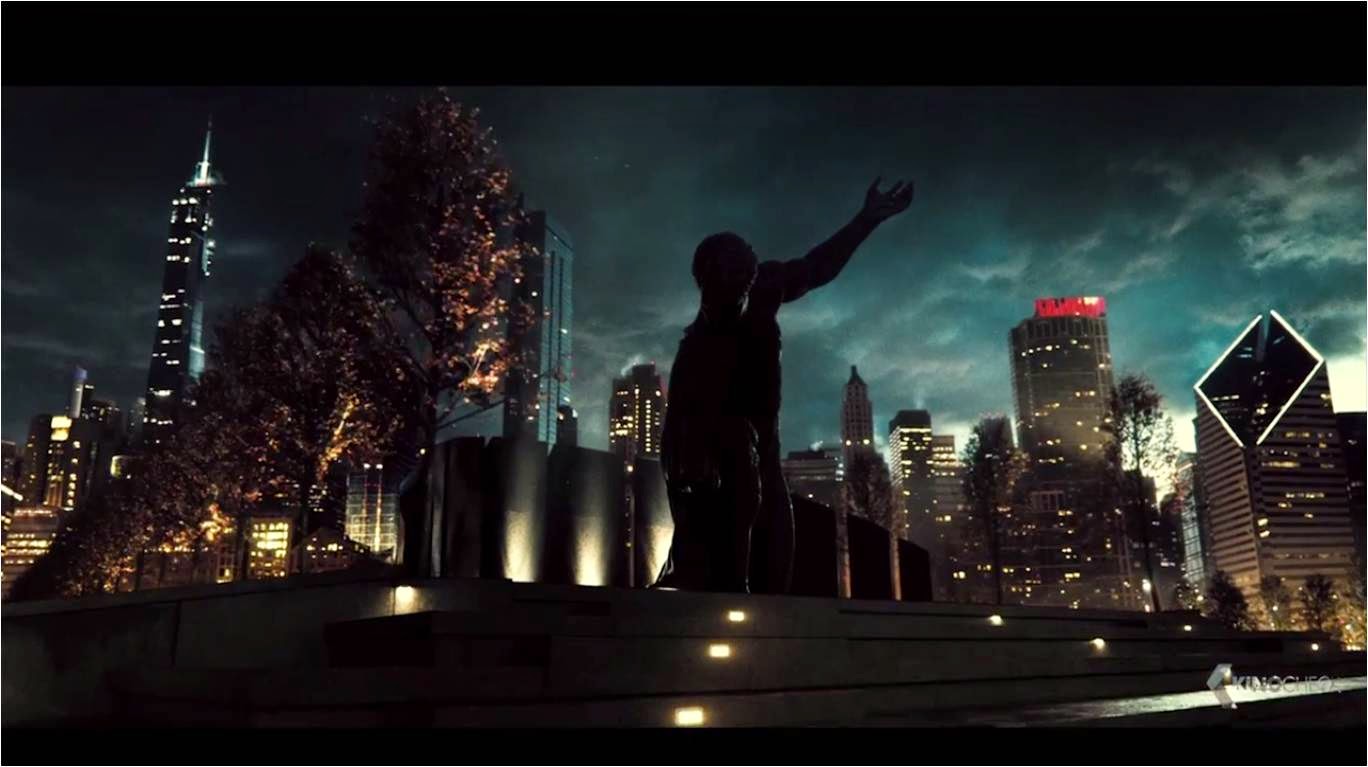 This trailer reminds me a lot of the comic series "Injustice: Gods Among Us", where Superman decides to police the entire world, which leads to a split between the Justice League. It seems like this film may be adapting certain parts of that story, where the people feel threatened by Superman, who has no checks or balances and doesn't have to answer to anyone. Even though he will most likely be misunderstood and not a totalitarian overlord like he is in "Injustice", the idea is something that I think could be very interesting to explore in the movies. 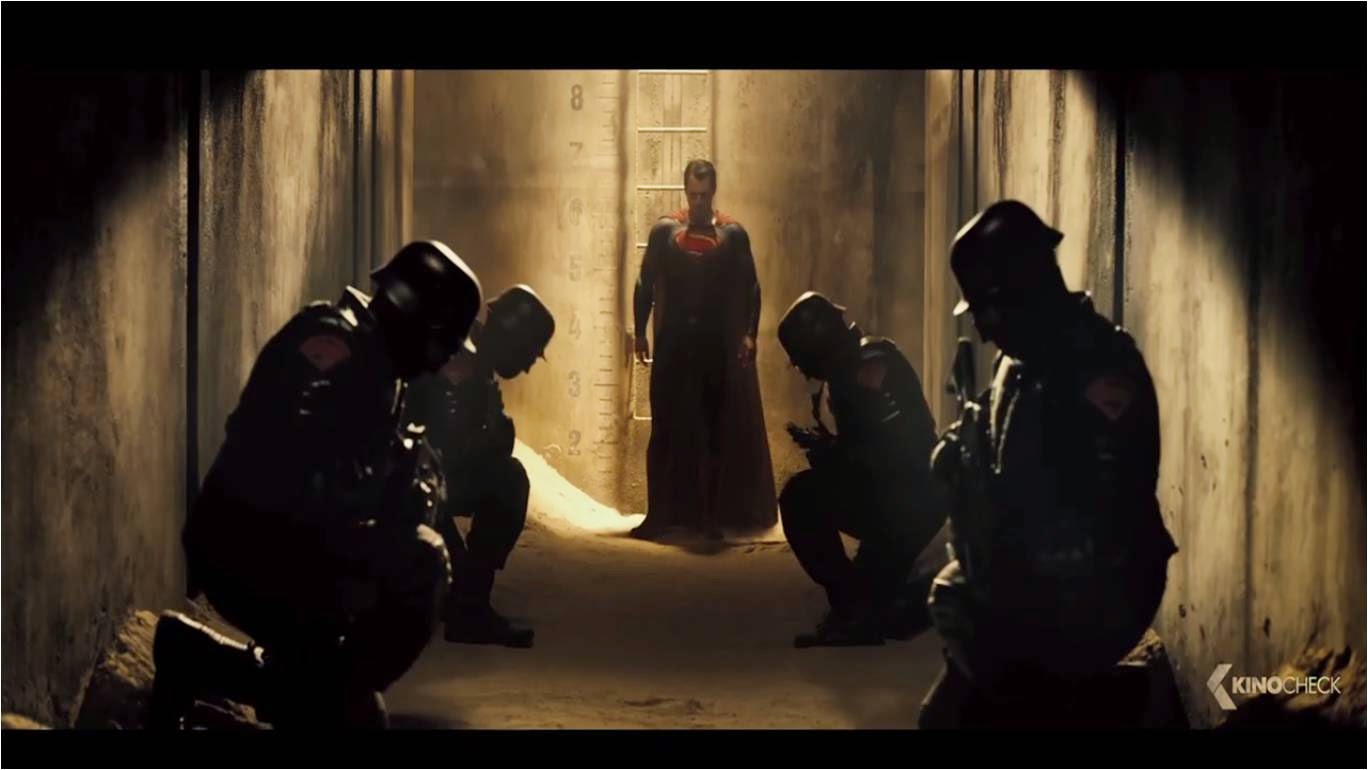 This image shows exactly how people are fearful of Superman. This highly trained operative team is kneeling down, bowing to Superman because they fear him. This image, I think, is really powerful in explaining the mindset of people in Metropolis post-Man of Steel. 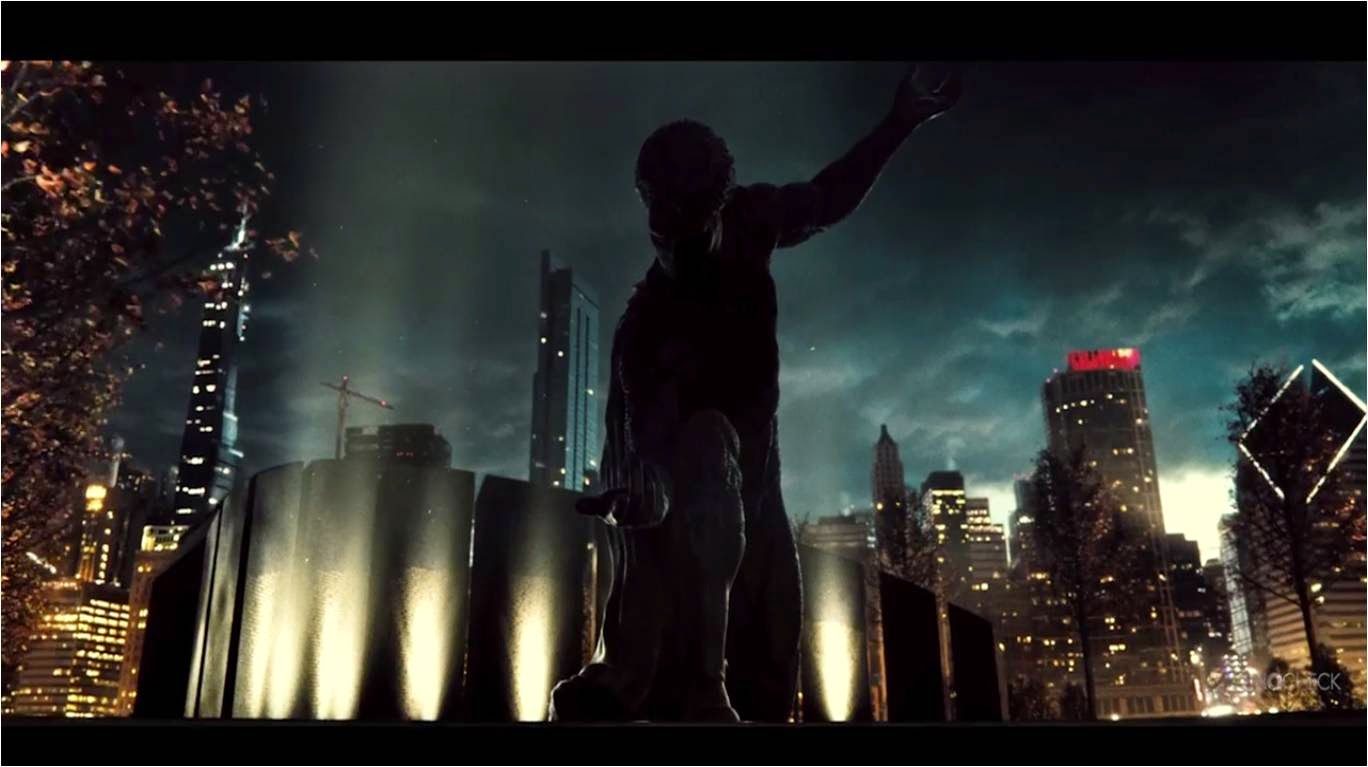 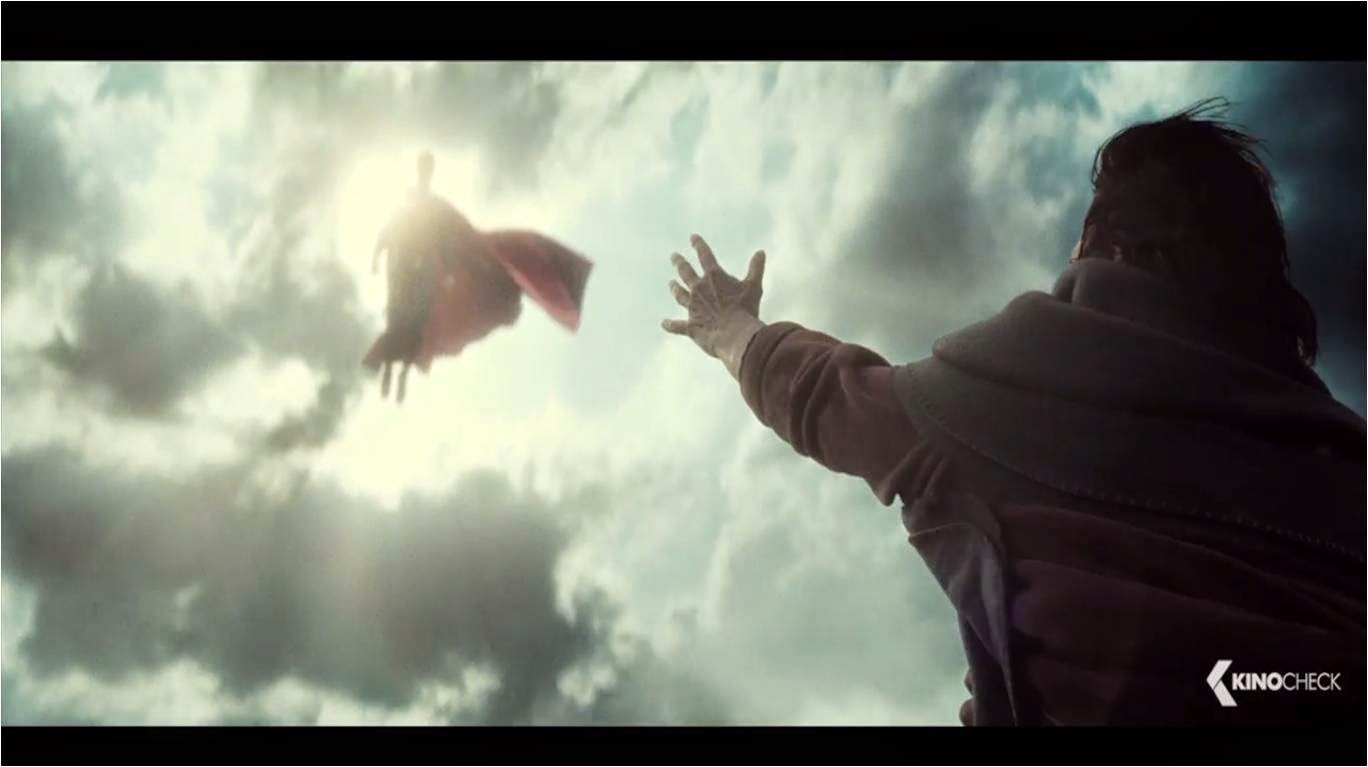 I have to say, I love the cinematography in this trailer. The shots are perfectly angled and look beautiful. I also really like Jesse Eisenberg's line "Devils don't come from Hell beneath us, they come from the sky." We certainly know his position on this whole Superman issue now. 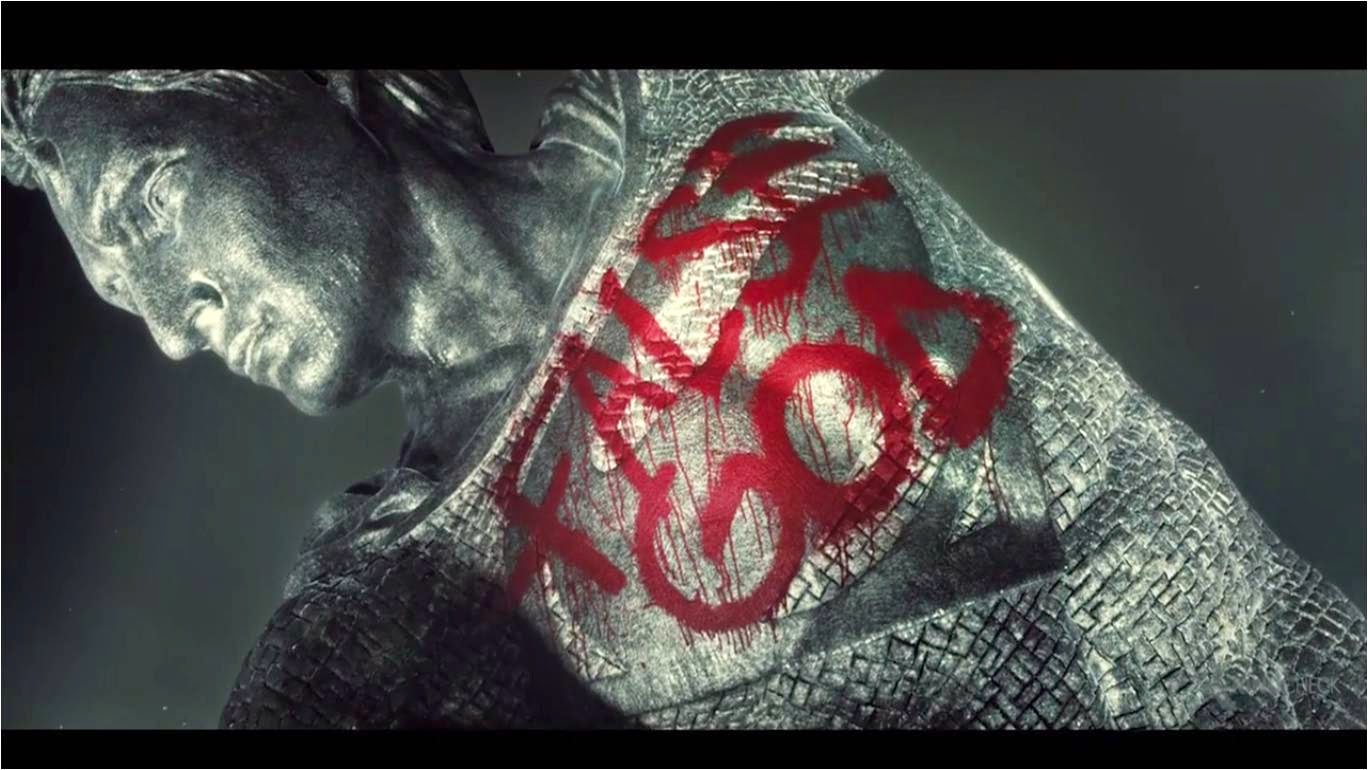 I think the word choice here is very interesting. "False God". What does this exactly mean? Perhaps some of Superman's close followers believe him to be an actual god, not an alien, and others are retaliating against this? Or do they just say this to hate Superman? Maybe there isn't a deeper meaning to these words, but it just seems interesting they say "God" instead of, like, "hero". 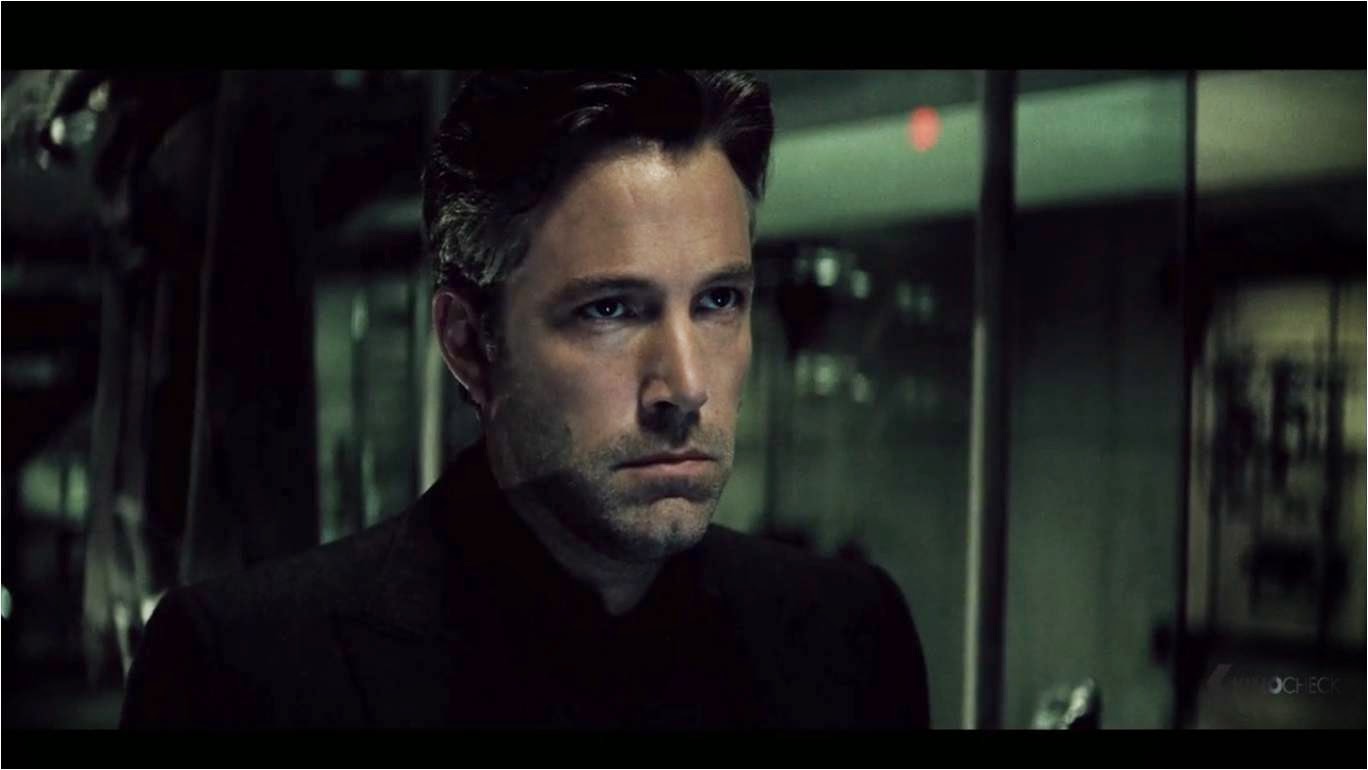 Ben Affleck looks great as Bruce Wayne. He reminds me somewhat of George Clooney's Wayne (I know, I'm sorry I mentioned that movie), just from the grey in his hair and his shirt. 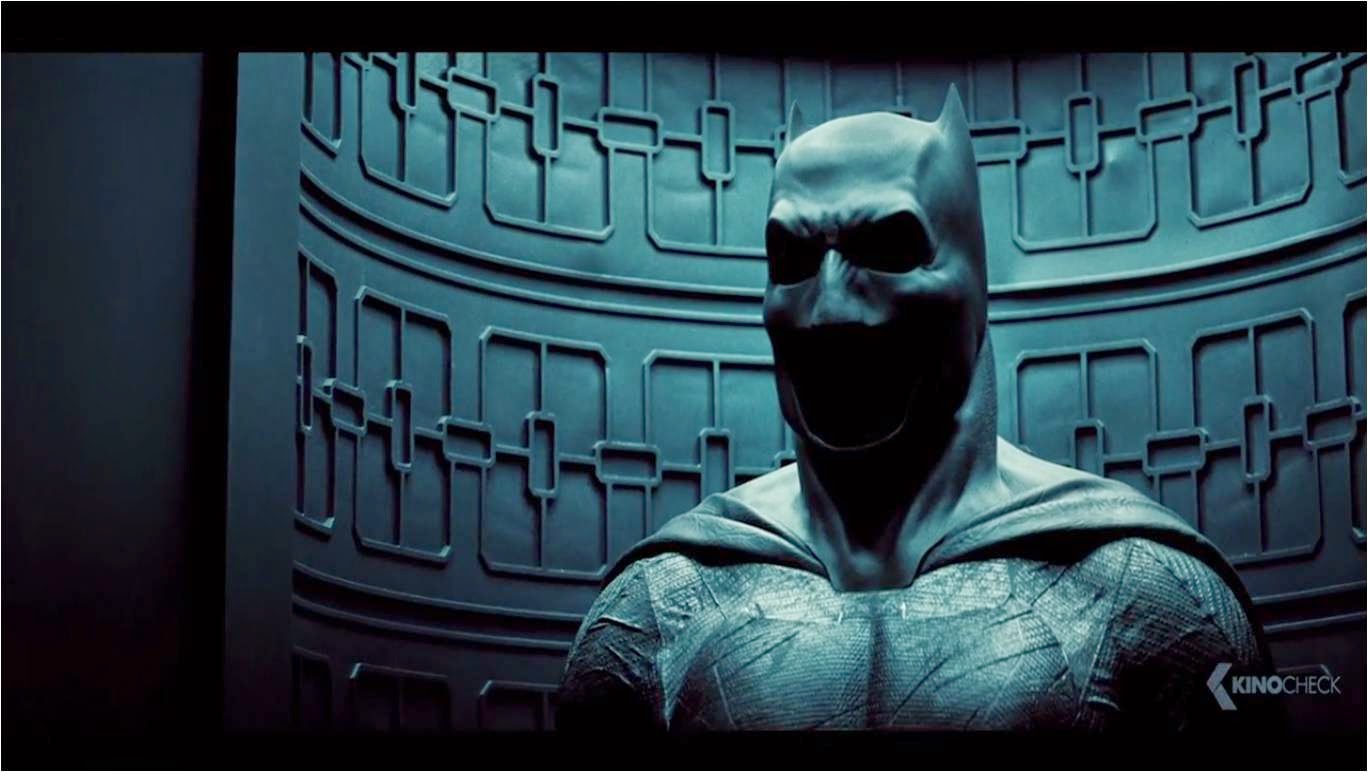 The Batsuit is f*cking awesome. Let's get that straight. 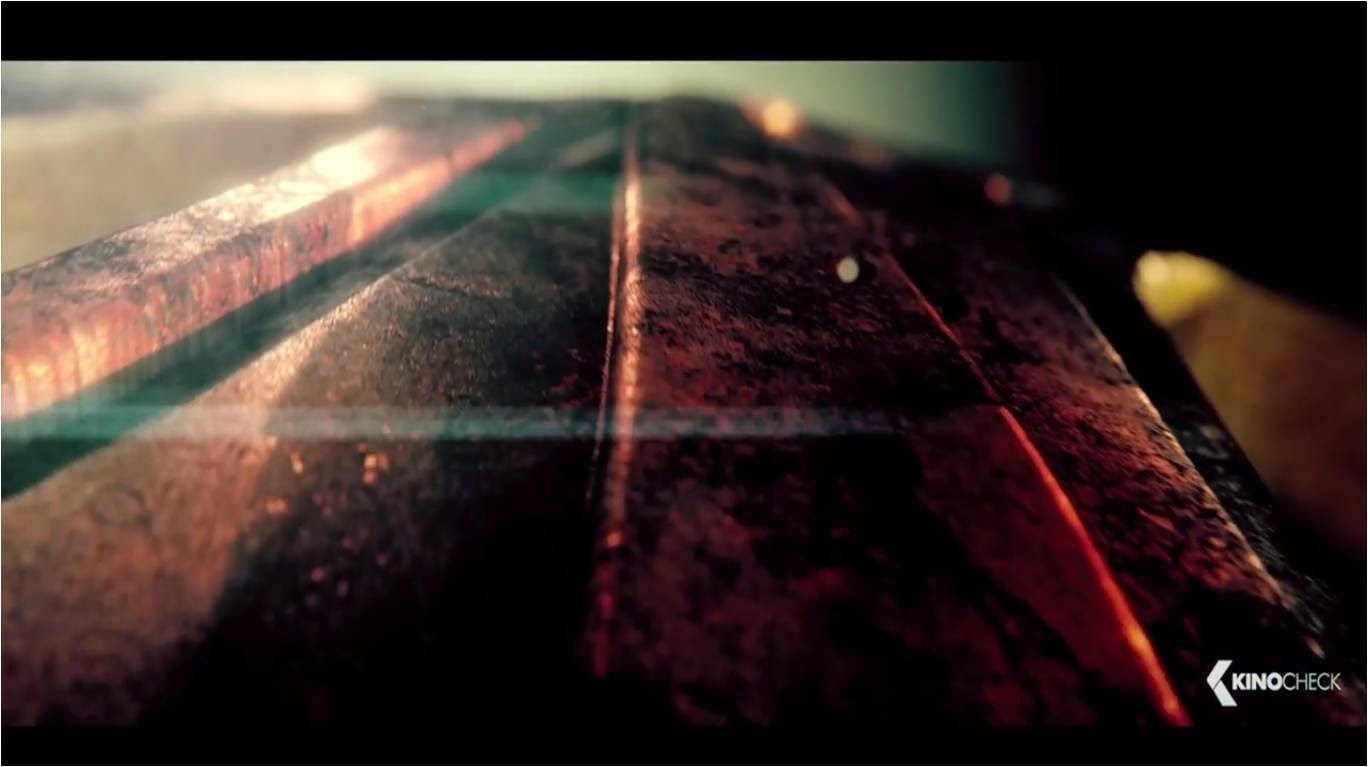 Hey, could that possibly be a Superman symbol???? 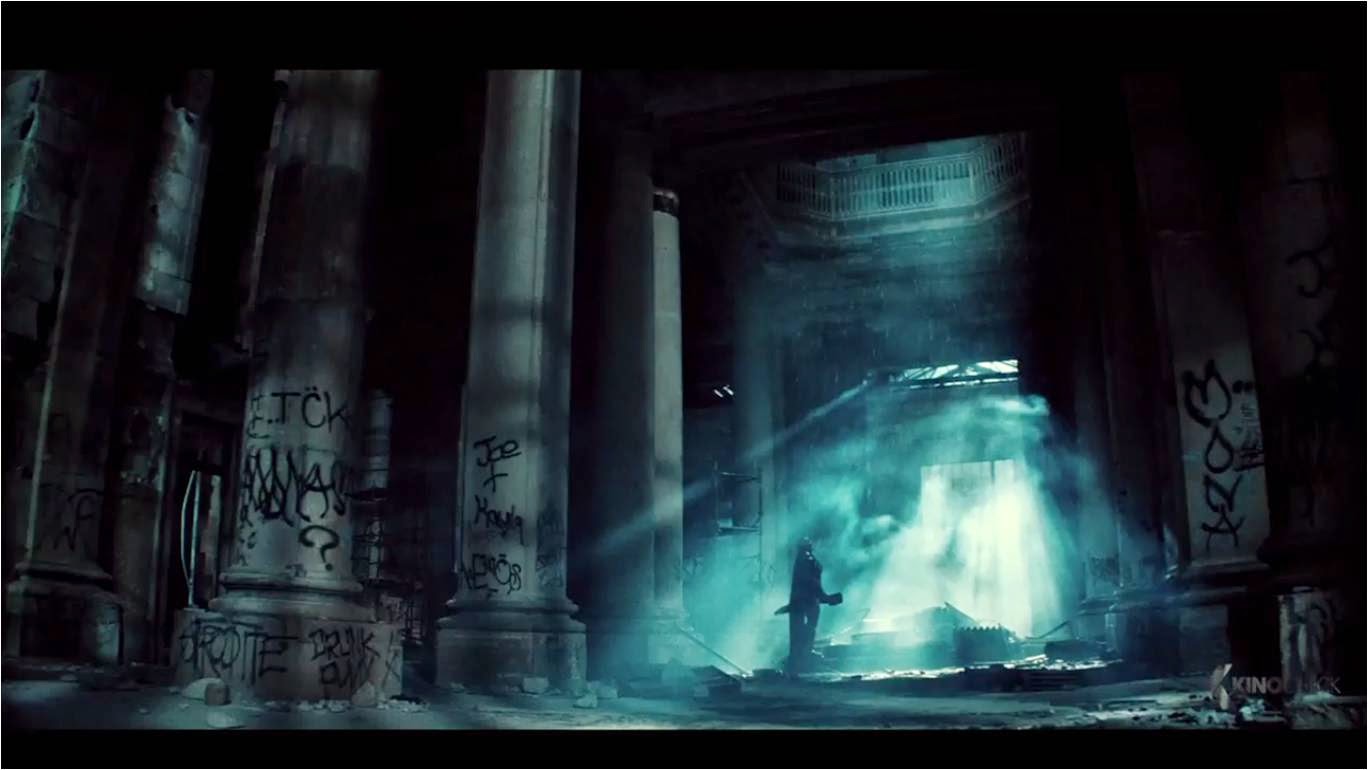 I have looked at this picture extensively and I still can't figure it out. I believe the person may be Batman and that could be the Batmobile he's standing next to, but as to where it is this is happening I'm not sure. This is the big mystery shot for me. 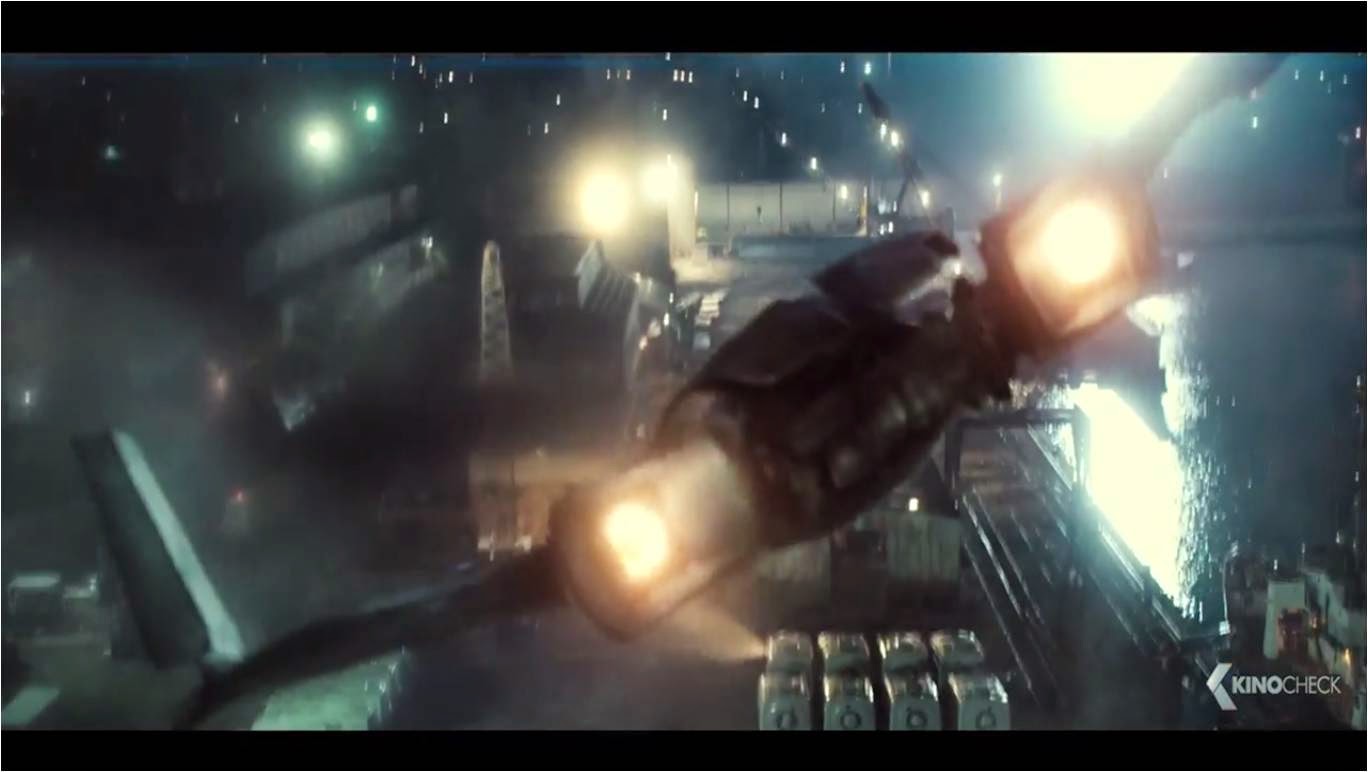 The question here is whether this is some government plane or if this is the Batplane. 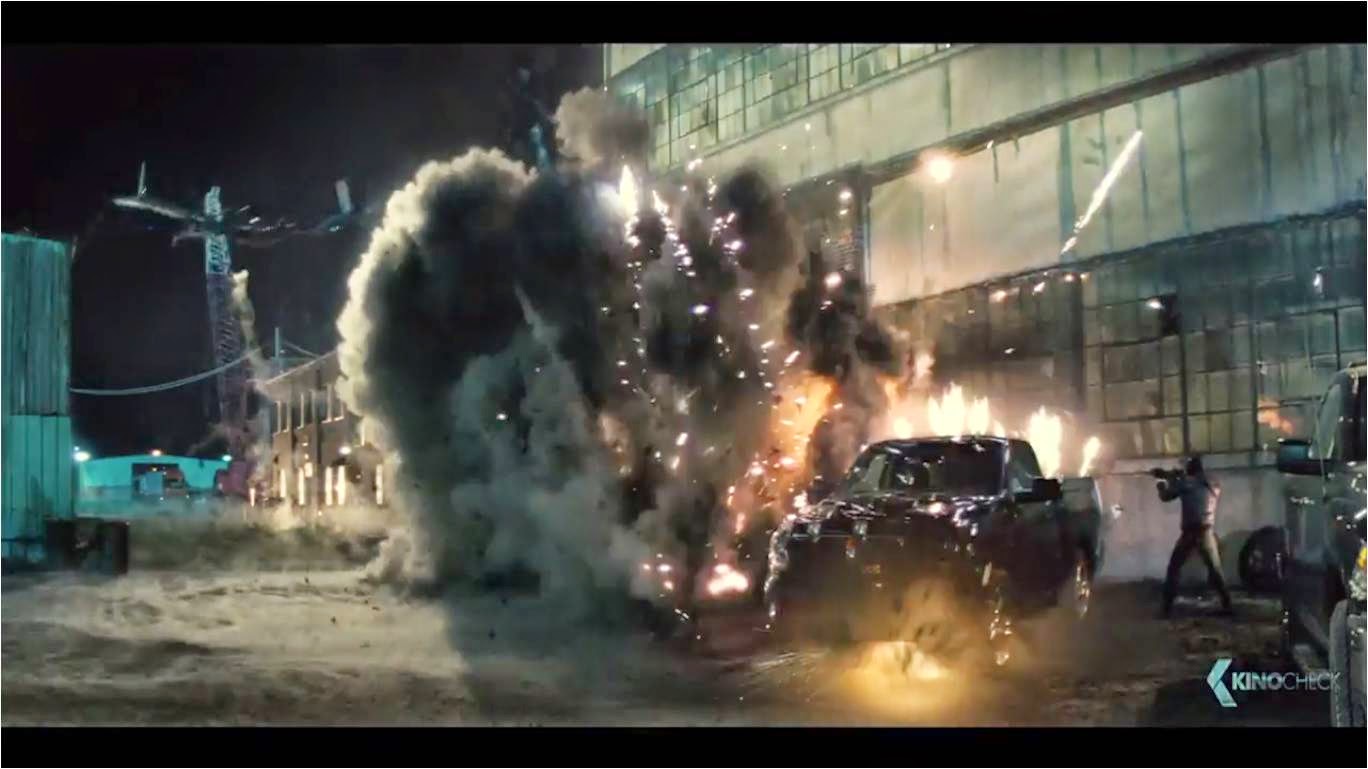 So is this the government taking out these thugs, or is it Batman? 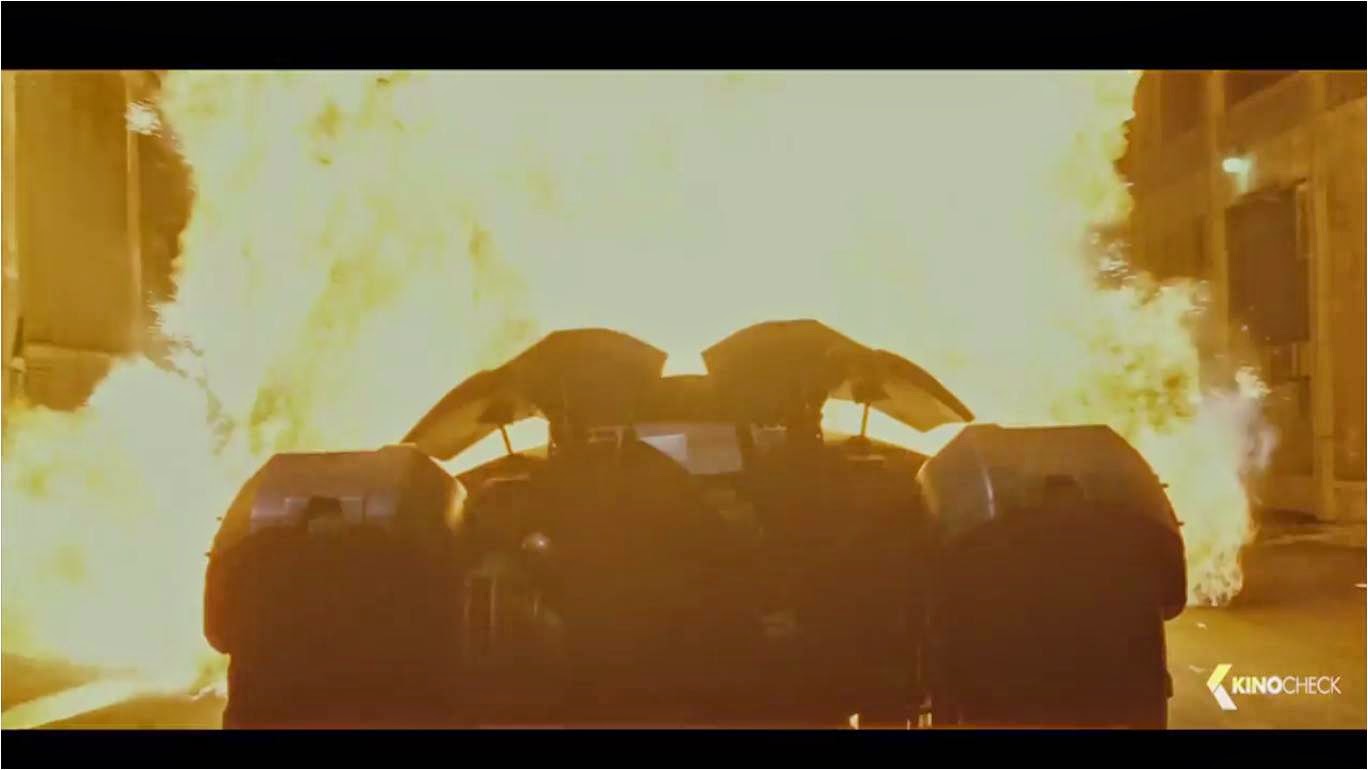 This shot is edited to look like part of the previous scene, but I'm not so sure. It depends on whose plane that is. If it's a government plane, then Batman may very well be in the Batmobile on the scene as well. Or, it could be the Batplane and this shot of the Batmobile is a separate scene altogether. I guess we'll find out later. 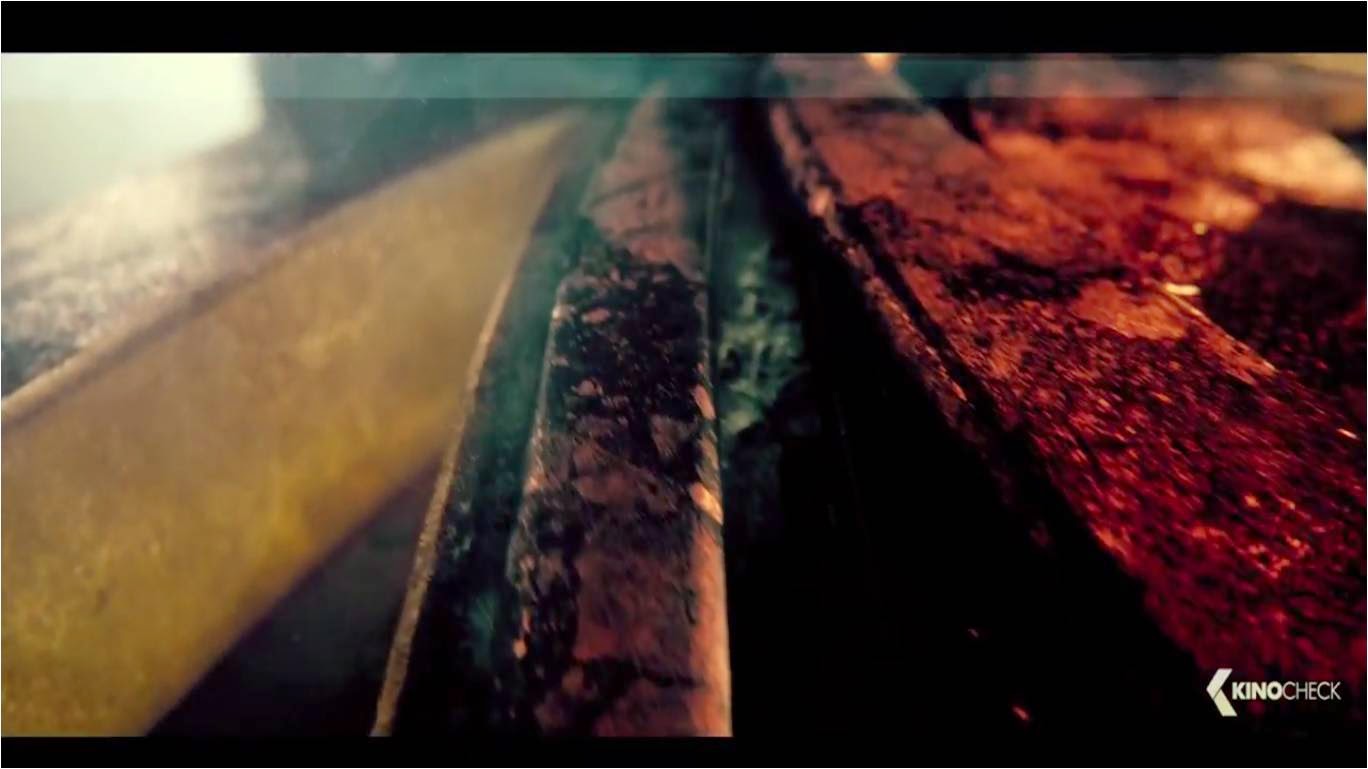 Another shot of the Superman symbol! 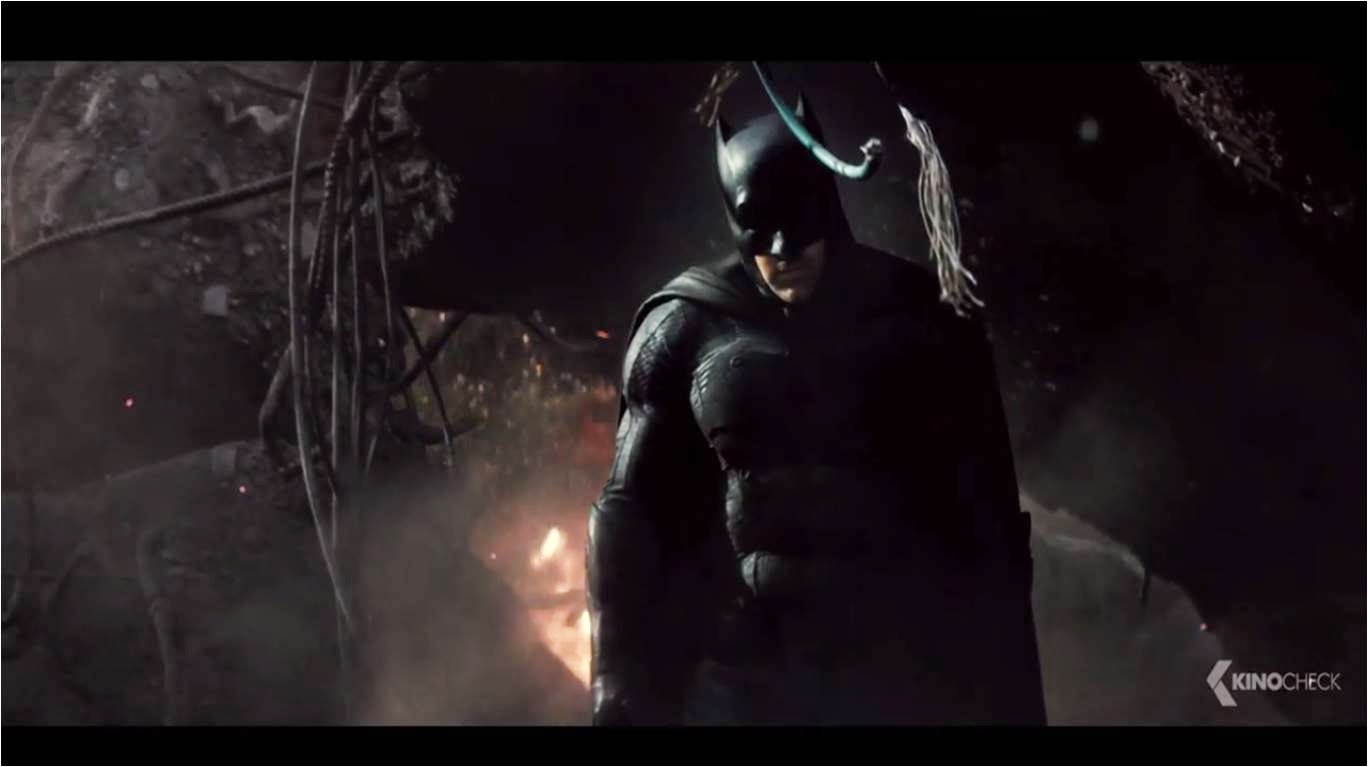 This may not be the clearest shot of Batman in action, but his suit looks awesome. I think they nailed the color scheme and he looks ripped. Exactly how Batman should be. I think this looks better than the suit Christian Bale wore in The Dark Knight Trilogy. 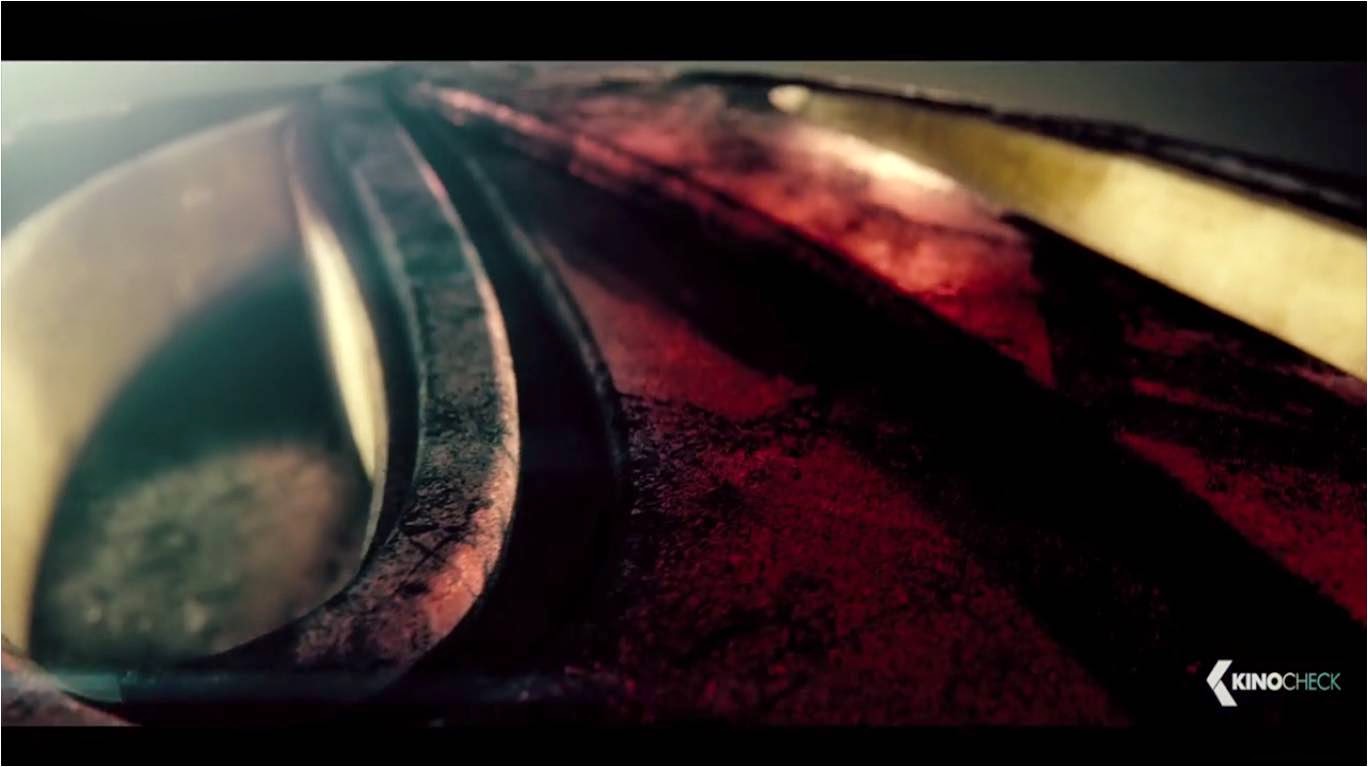 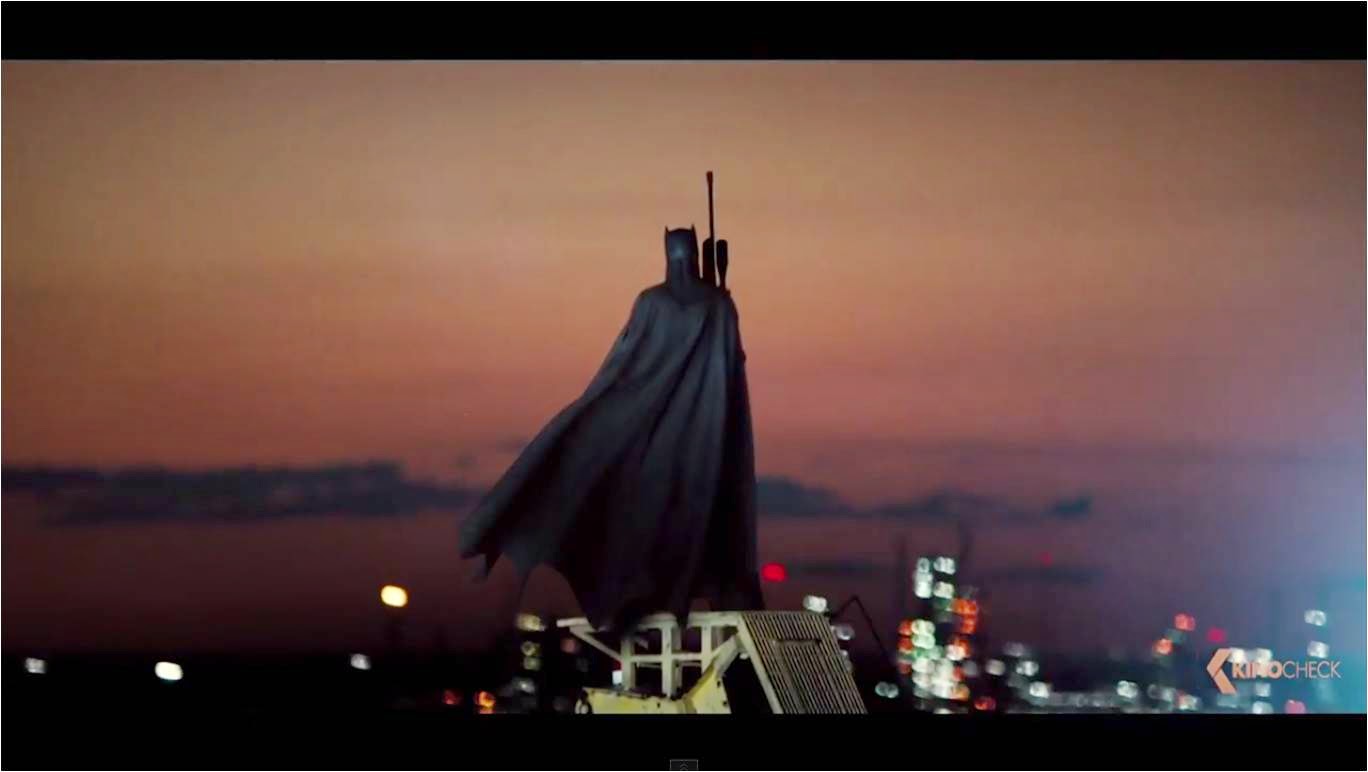 The Dark Knight Rises anyone? 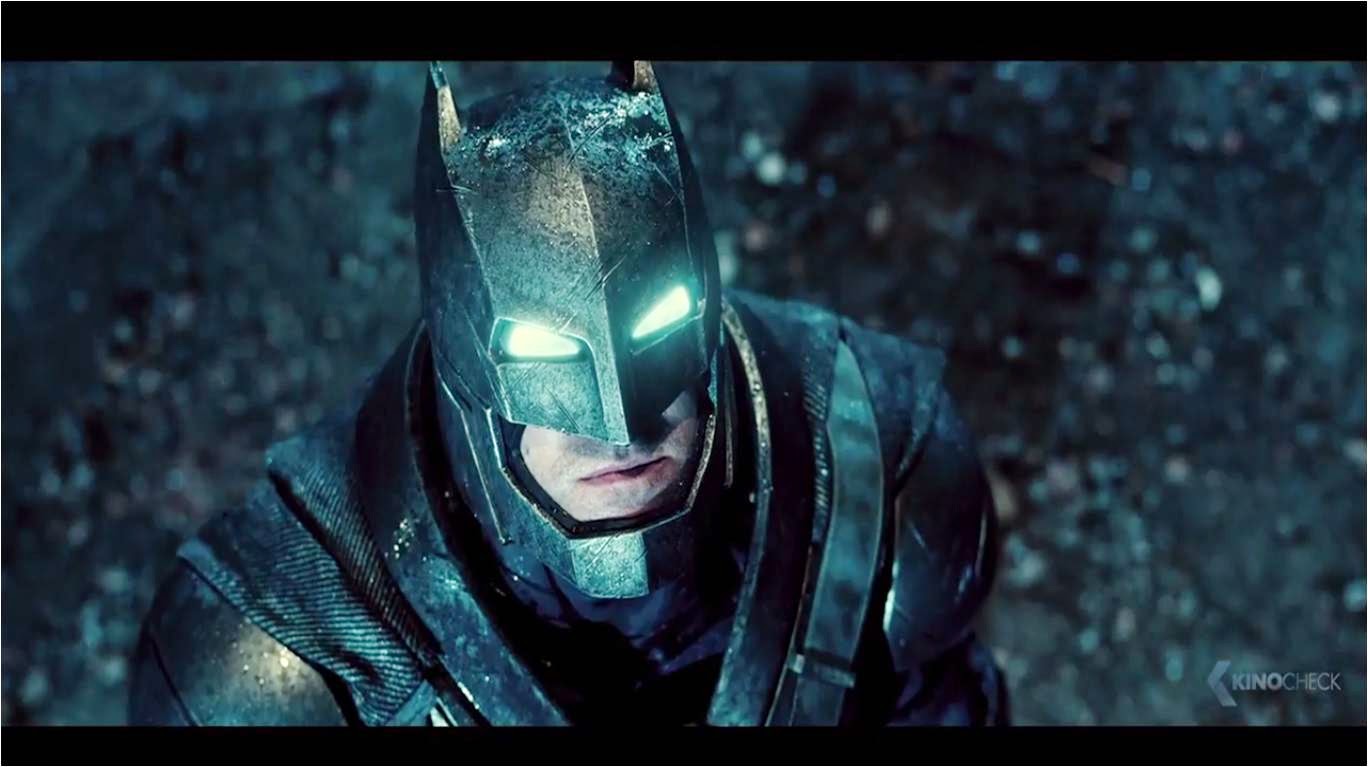 That battle armor is badass. When I first saw it, it look like CGI. But then after looking at the armor after looking at his mouth, it looks like a practical suit, which I think is great. The design looks awesome. 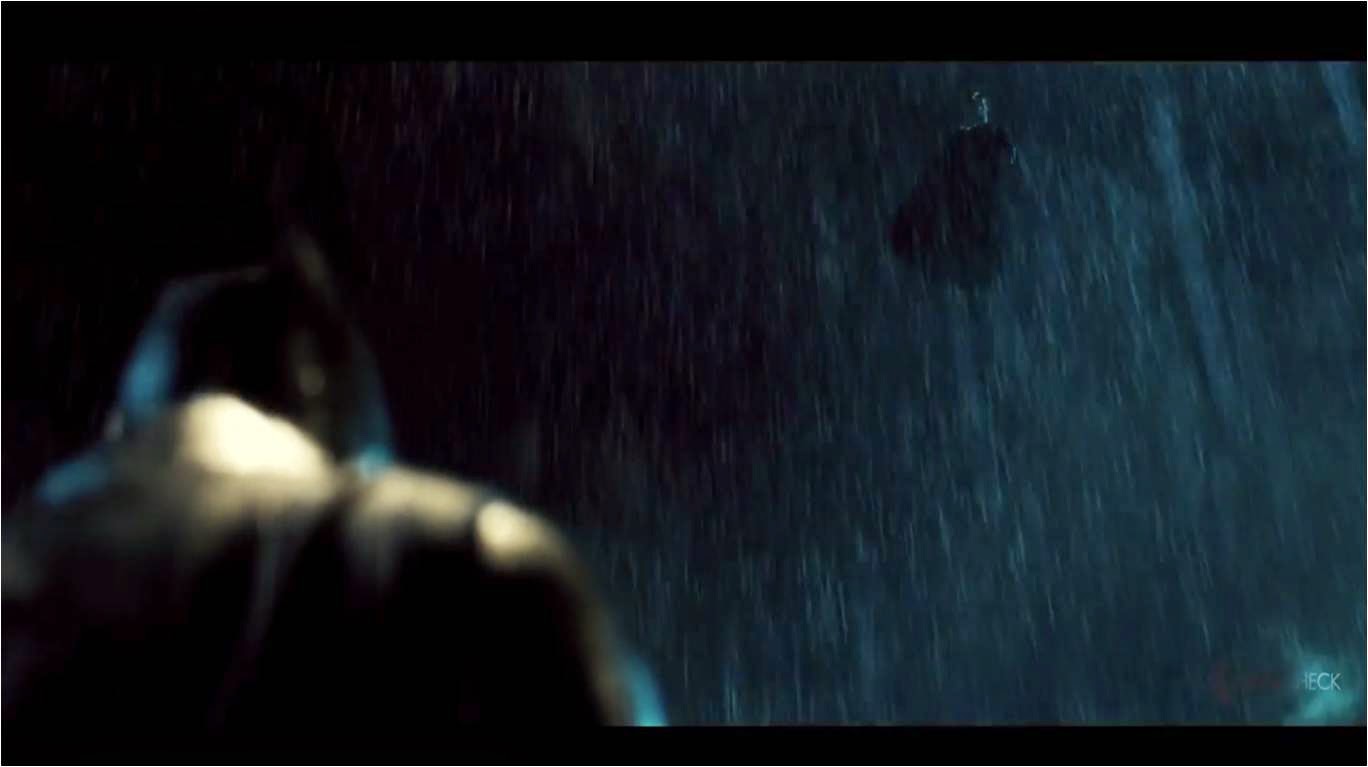 Like I said before, I love the cinematography in this trailer. Looking at it frame-for-frame, these shots are beautifully angled. 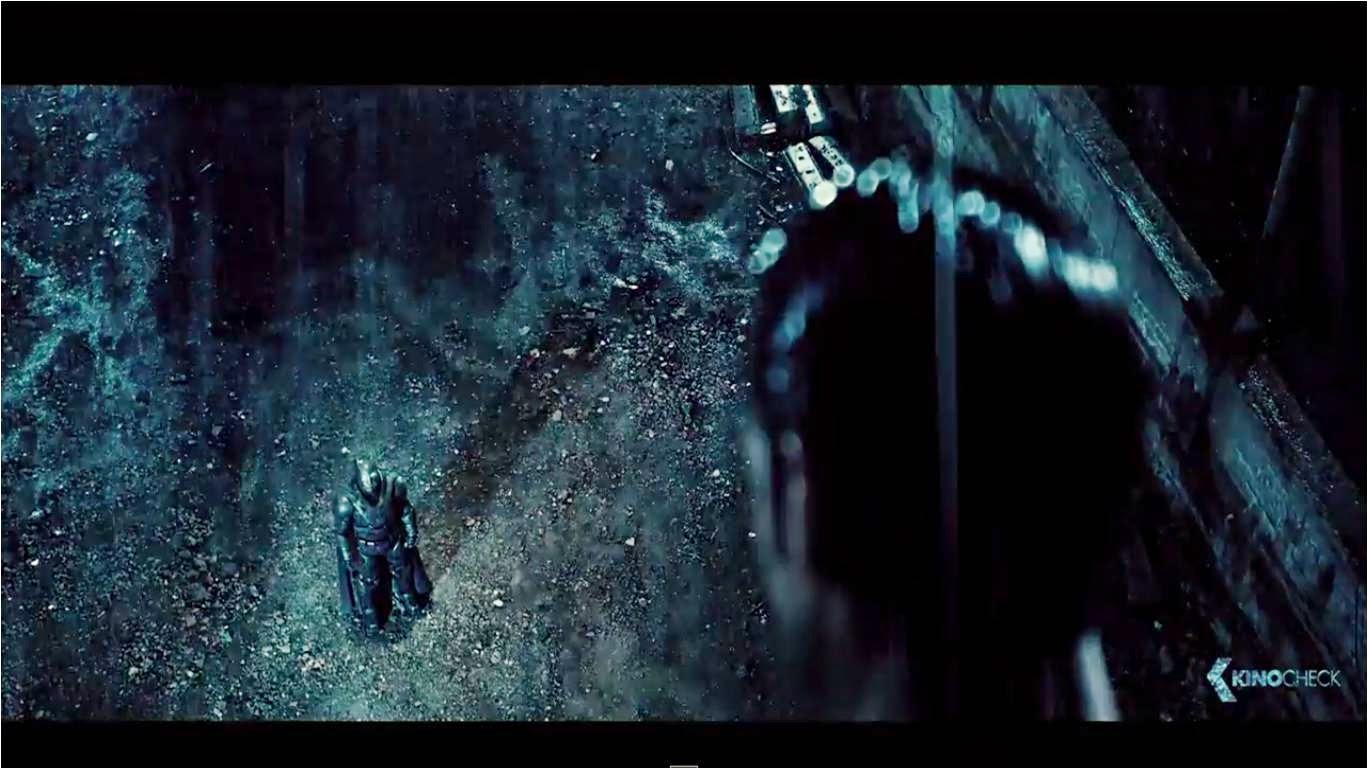 You also have to love Batman's line here. "Tell me, do you bleed? You will." It sounds perfect for Batman. I hope the modulated voice is only for this battle armor, because I didn't care for it. I think it makes sense of this armor, but I hope he just has a regular gruff voice for the normal Batsuit. 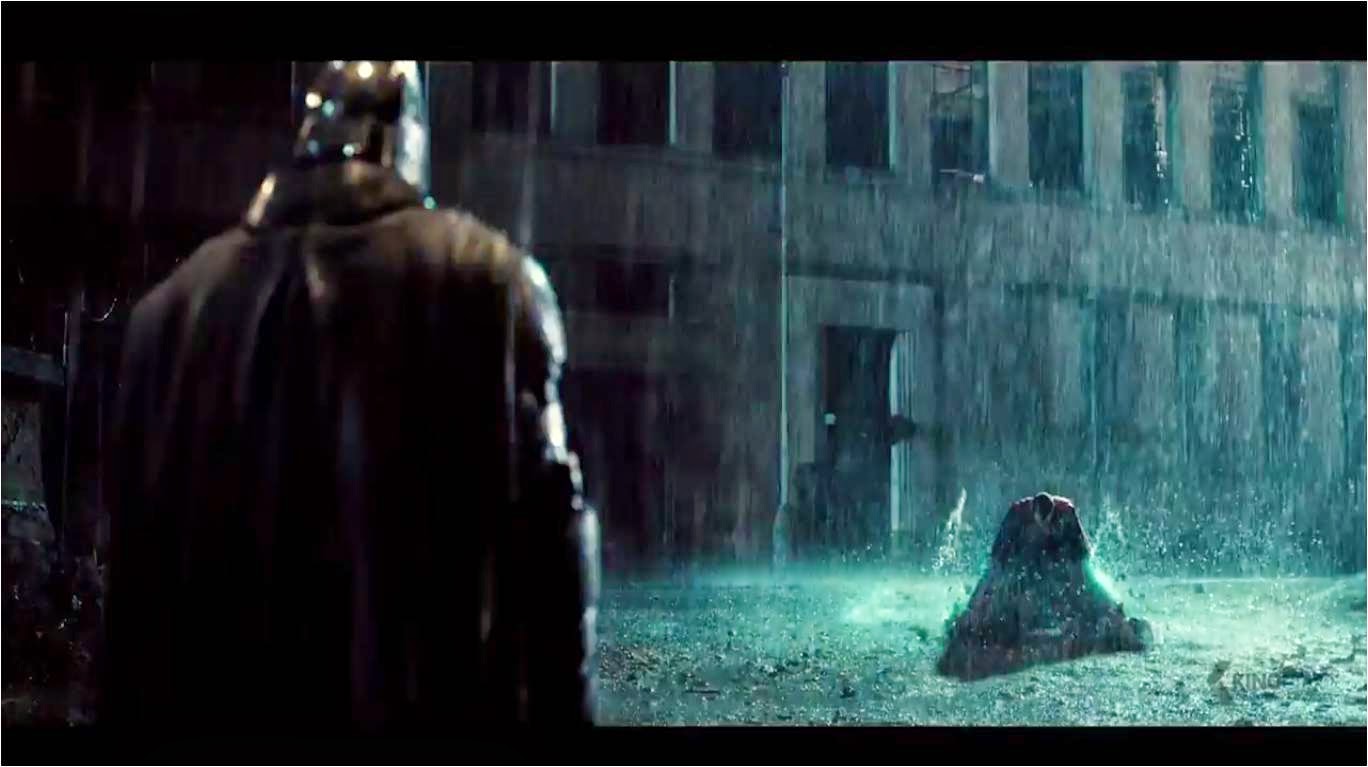 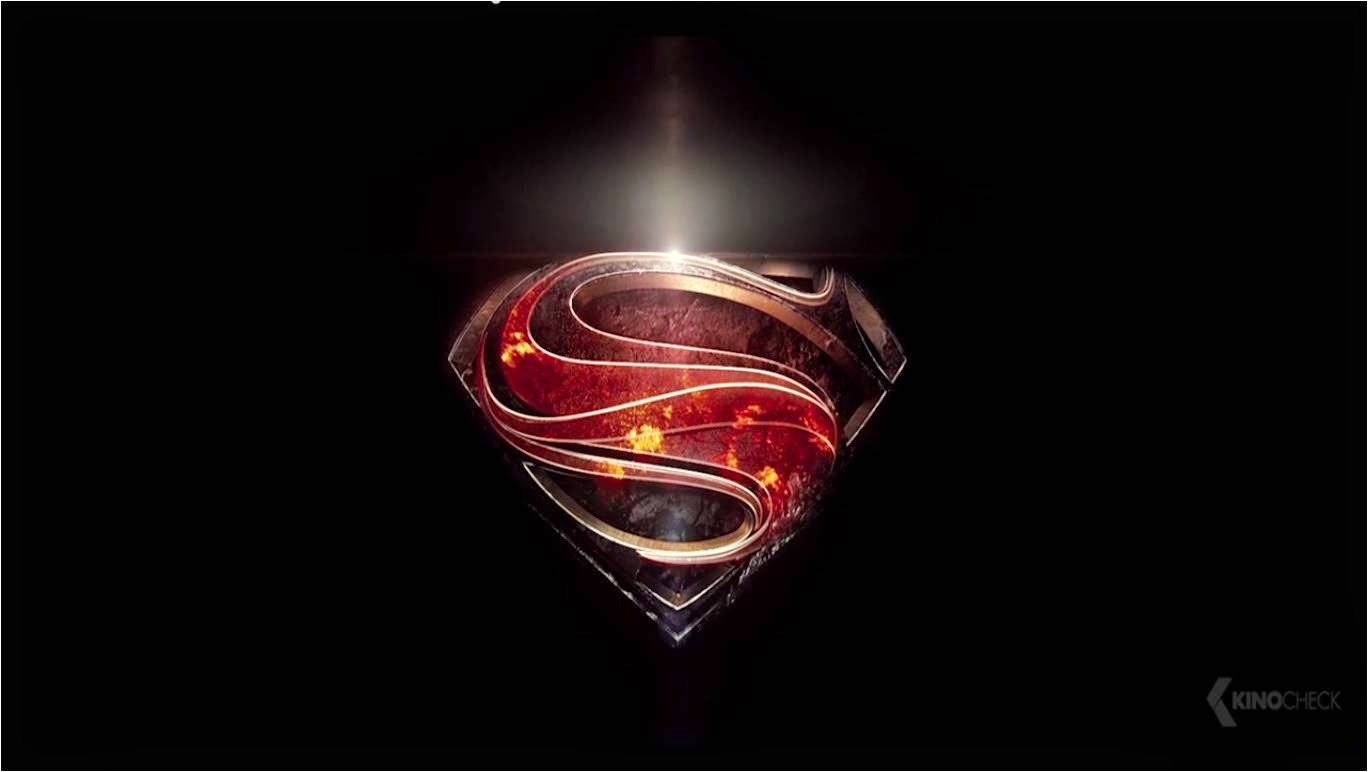 Well, I guess this is a sequel to Man of Steel that just happens to have Batman as well. 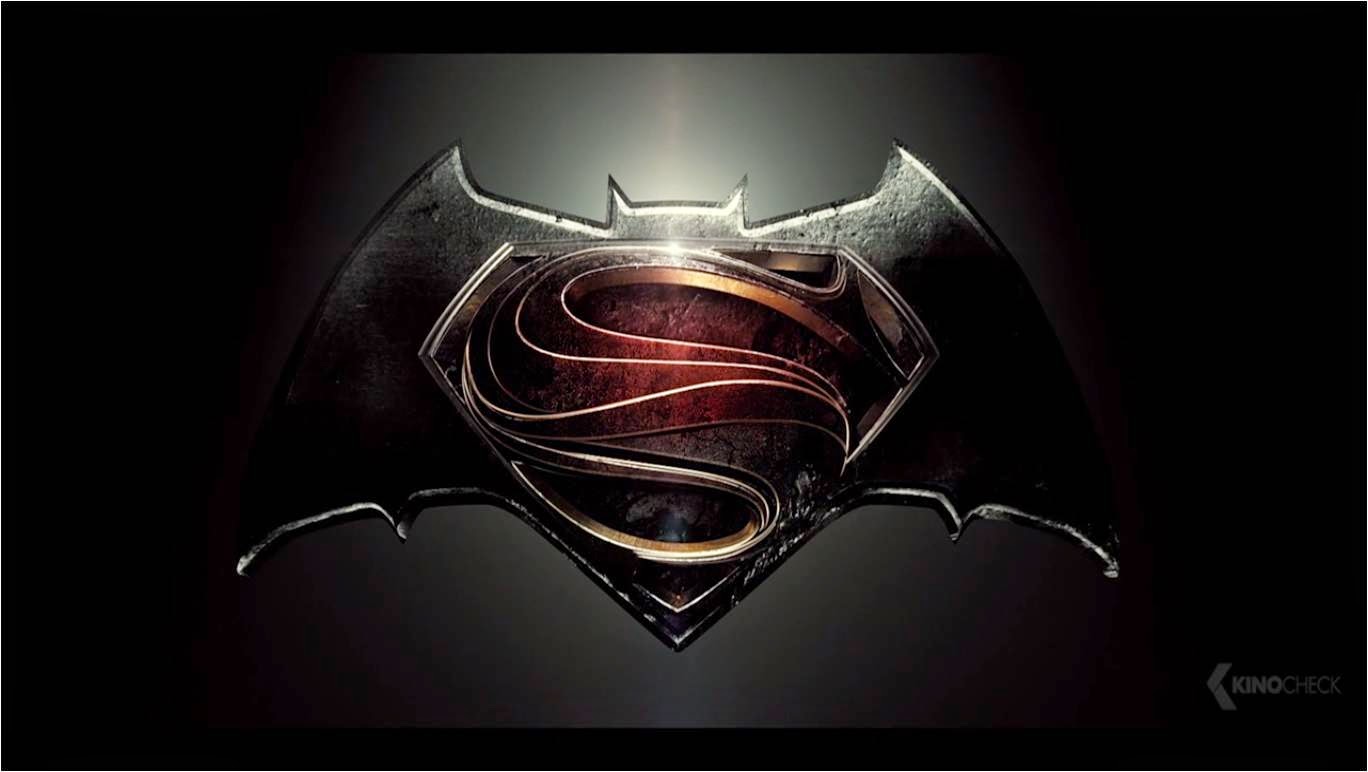 Nope, Batman is never in a movie. He is the movie. Step the f*ck aside, Supes. 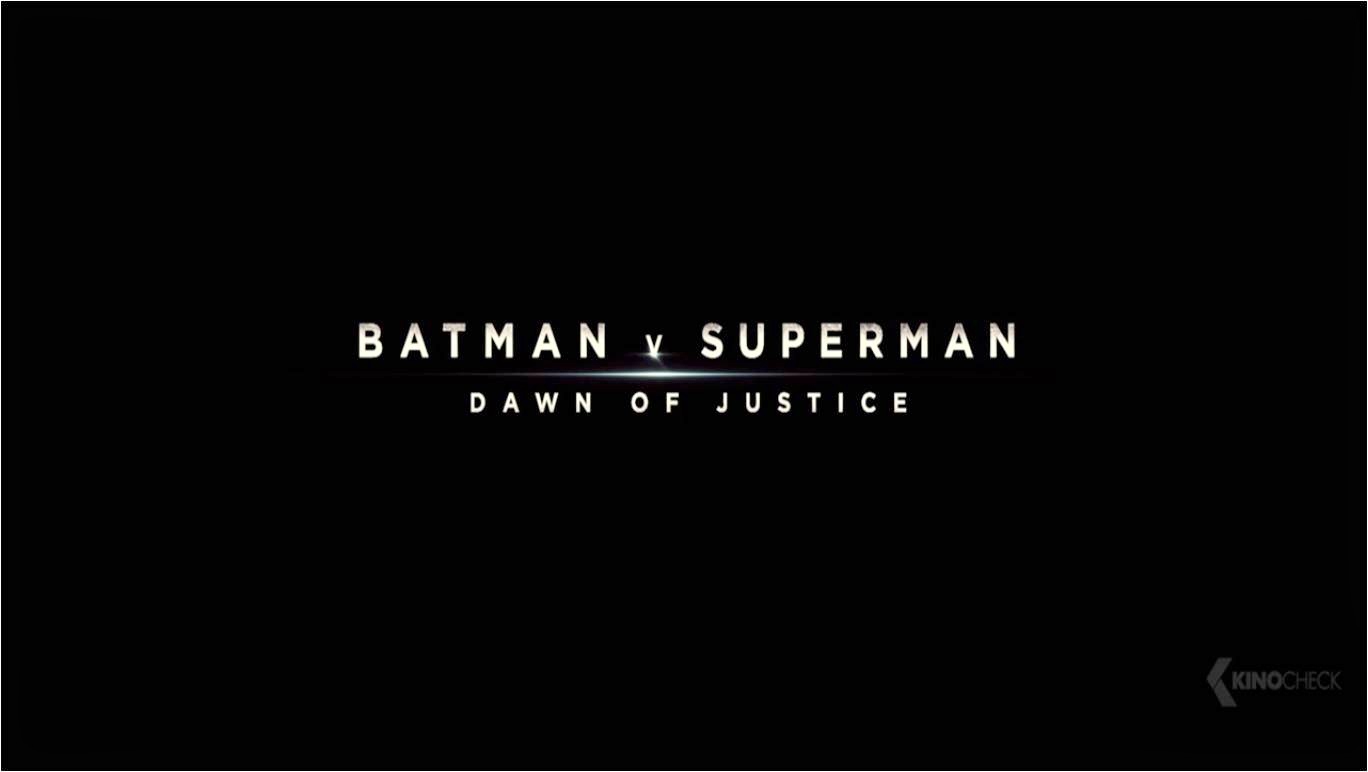 What do you think? Did you like the trailer? What did you think of our analysis/breakdown? Do you have any theories based on the shots? Is there anything we may have missed? Leave your thoughts in the comments section below.