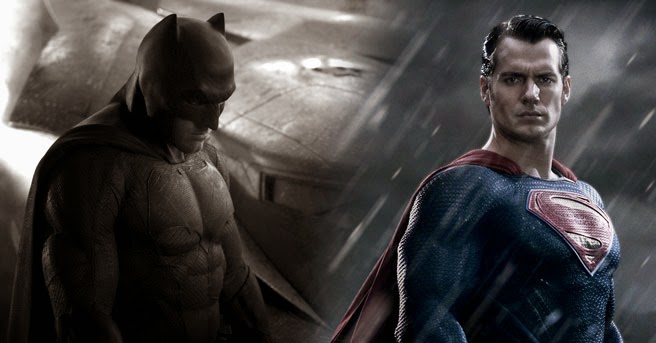 For almost a year now, fans have been speculating with the release of every big, tent-pole film whether this would be the one that we see a trailer for Batman v. Superman: Dawn of Justice. Seriously, people were thinking that a trailer for this 2016 movie would be going along with certain 2014 movies. To give these fans some credit, a teaser was shown at 2014 Comic Con, which gave them hope that this teaser would surface on the Internet or in theaters some day soon. However, we are approaching 2015 Comic Con now, and that teaser still hasn't been shown. Now, though, we know when we will see our first official trailer for the movie.

Collider is reporting that a trailer for Batman v. Superman will be attached to Mad Max: Fury Road. This makes sense, since Mad Max is a big film for Warner Bros., which also made Batman v. Superman. It is unknown whether this trailer will be the teaser from Comic Con or if it will be a full, two minute trailer, but I think it will probably be the former. By May, the film will still be ten months away. However, I don't think it will be the same exact teaser from Comic Con, but probably another one in its style.

What do you think? Are you glad that a Batman v. Superman: Dawn of Justice trailer will be attached to Mad Max: Fury Road? Which film are you most excited for? Leave your thoughts in the comments section below.