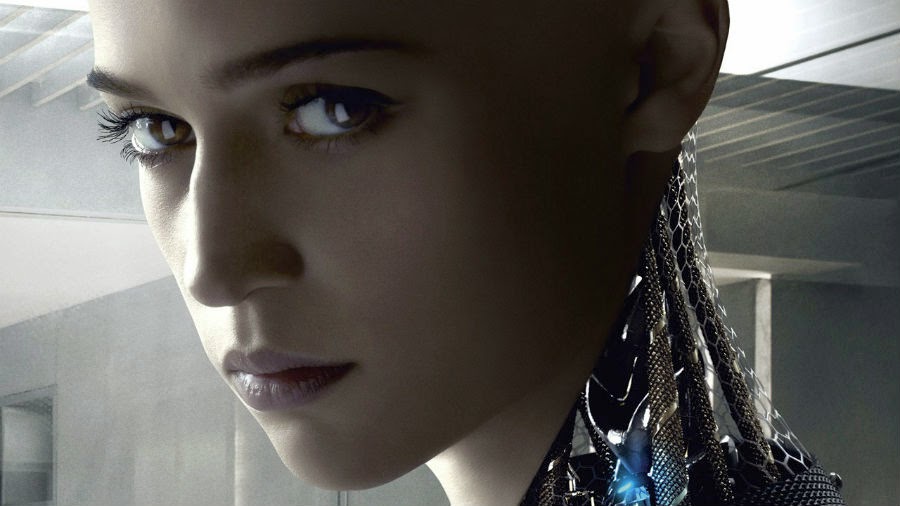 Ex Machina is a small, science fiction film that is writer Alex Garland's directorial debut. It stars Domhnall Gleeson and Oscar Isaac (who will both be in the upcoming Star Wars Episode VII: The Force Awakens) and Alicia Vikander, as the A.I. Ava. Gleeson plays Caleb, a computer coder who wins a contest to visit the house of his company's boss, Nathan, played by Isaac. There, he finds that Nathan has created artificial intelligence in the form of Ava, and enlists him to test the model. Movies as of late have played with the idea of man's creation of A.I. a lot, but Ex Machina gives an interesting twist on it. The film isn't set in an apocalyptic future or a perfect utopia, but rather, as Garland puts it, "ten minutes in the future". What if a real company, like Google and Apple, actually created artificial intelligence? And this A.I. isn't ready to take over the world and destroy mankind, but is rather trying to understand the world around her and how people work.

The acting is fantastic in this movie. Gleeson plays Caleb perfectly and does a great job of carrying the film. Isaac is also great in the movie as a drunken genius. But the stand-out is Vikander as Ava. While the character didn't go to extreme emotional levels, Vikander brought a sense of humanity to this machine, and did an incredible job of portraying a non-human entity. The film was also very well written and while it was slow, the pacing worked for the movie as things unfolded. The movie had some scientific gibberish, but was limited in that department, for the better. Instead, it introduced ideas for the audience to ponder as opposed to explaining things in scientific terms.

I loved how the house operated. The technology in the house wasn't overly advanced compared to modern technology, but fit for the purposes of the movie. It gave an idea of what would be the next logical step in technological evolution, rather than going for outlandish flying cars and holograms and whatnot. The film's strongest suite in my opinion is it's ability to be science fiction as well as realistic. Isaac brings up a good point in the film, saying "The question about artificial intelligence isn't 'if', it's 'when'.", which really lends itself to the reality of this film. One may look at this movie and say "Okay, it's realistic, but it's still artificial intelligence and robots.", but we are, in reality, not too far off from that becoming our reality.

The way this movie played out, it was as if this was a prequel for movies like The Terminator. AI may very well take over the world at some point in the future, but this is how it is born. And like I said, it was realistic science fiction, and that was the film's strongest part. But what helped that work so well were the fantastic performances from the main three characters, as well as the great script. And I must say, for a directorial debut, this is fantastic! 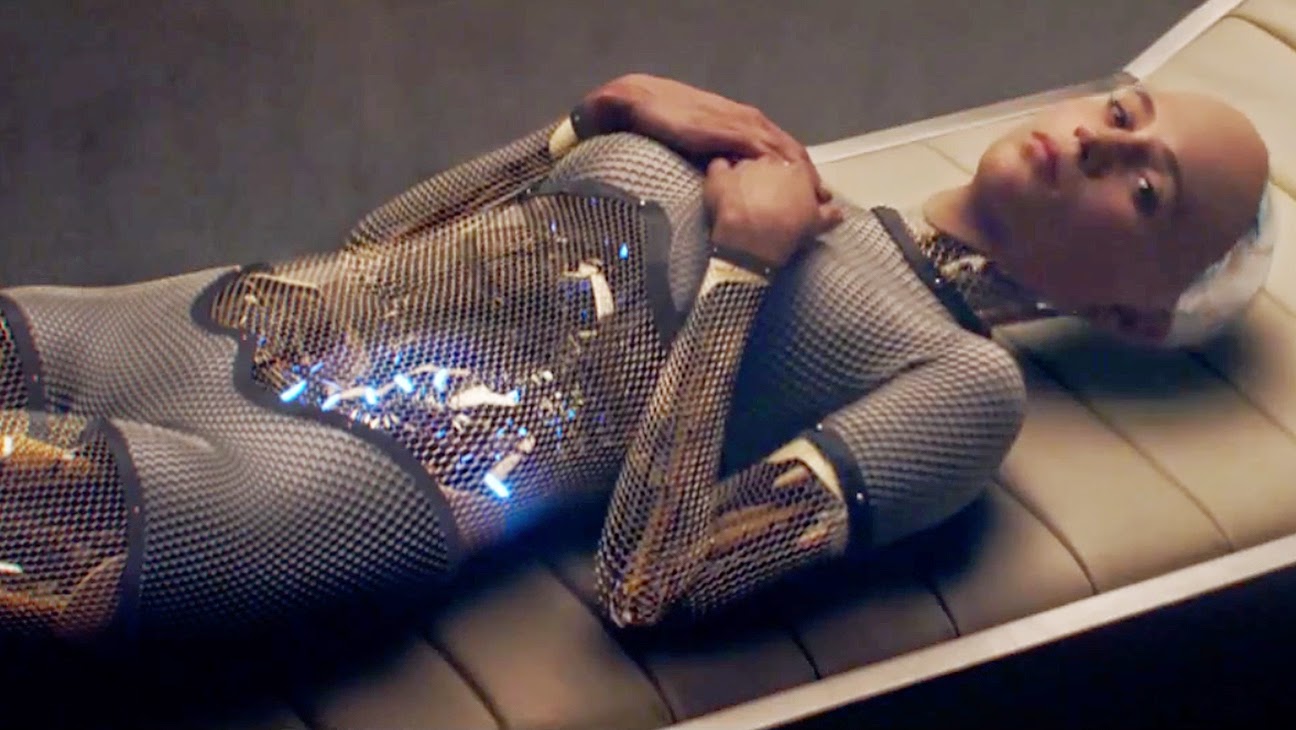 What do you think? Did you see Ex Machina? Did you like it? Leave your thoughts in the comments section below.