Joss Whedon has become somewhat of a hero of his own for comic book fans. Not only did he direct The Avengers, believed by many to be the best superhero film made to date, but also made its sequel, which has a fair shot at beating out its predecessor. He has also overseen the entire production of Phase Two of Marvel films, even doing re-writes for Thor: The Dark World. Whedon has been very Marvel-oriented for a long time and he deserves a break. That's why it wasn't so much of a shock when it was confirmed that Captain America: The Winter Soldier directors Anthony and Joe Russo would be taking over for Avengers: Infinity War Parts One and Two (read that article here).

But as Avengers: Age of Ultron comes closer to its release (just over a week away!), Whedon has commented on not only what it was like to direct the sequel, but why he will not be returning to the Marvel Cinematic Universe. Whedon said:

“I’m now coming out the other side, realizing that once again, for all its many varied and soon to be heralded flaws, it’s my movie. It’s the movie I set out to make. And I have the honor of saying, it’s f*cking bonkers. So there’s that.” 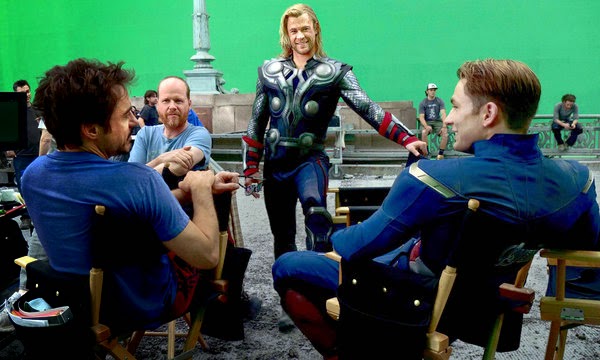 I completely understand that the man is tired. If you watch interviews with him, you can see he has been broken by this experience. Making these huge, summer blockbusters are not easy by any means. Not only is he physically tired, but mentally too. He has been working within this universe for five to seven years. Whedon has said before that he wants to work on his own, original material for a while, which makes complete sense. He is a very talented director as well as a writer, and there is so much he has to offer us outside of The Avengers.

What do you think? Are you sad that Joss Whedon is leaving the Marvel Cinematic Universe? Did you like The Avengers? Are you looking forward to the sequel? Leave your thoughts in the comments section below.