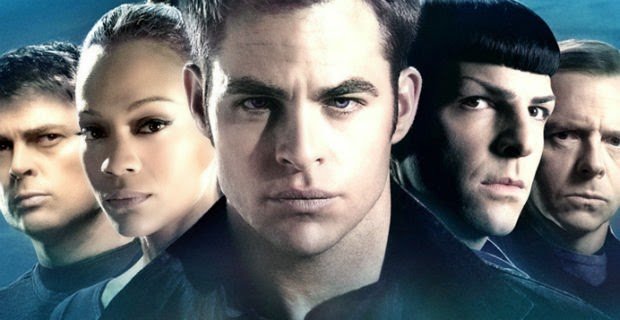 After the whole crisis over who will be the new director of Star Trek 3 passed, things have finally started moving on the project. Fast Five director Justin Lin is taking over the franchise from J.J. Abrams, who obviously went on to do Star Wars Episode VII: The Force Awakens. However, outside of the new director and some casting decision, little is known about the movie. We learned that actor Simon Pegg (who plays Scotty in the films) will help write the screenplay. But with a 2016 release date, more information on the movie should be expected soon. Now, we know a little bit more information.

A rumor has appeared that the title of the movie will be Star Trek Beyond, which I think is an interesting title. When the title of Star Trek Into Darkness was announced, very little about the movie could be gathered from the title, other than the fact that sh*t was going to go down. But with Beyond, the title makes it sound a bit more hopeful. That's the implication I get from it when I first heard it. And with Pegg working on the script, a bit more comedy than the previous films is to be expected.

Rumors have also been going around for a while that Idris Elba will portray the villain in the movie, which is not outlandish. He is an incredibly talented actor and I think he would be great in a film like this. In a recent interview, Pegg talked a bit about what we can expect from the villain, saying:

“It will be [an original character], yes. This is the five-year mission now, we’re out there. We don’t always have to keep bumping into the same people… So we’re gonna try and reflect that in the movie.”

What do you think? Do you like the title Star Trek Beyond? Would it be a good fit? Do you like Simon Pegg's comments about the villain? Are you glad they are using an original character? Who should play the villain? Leave your thoughts in the comments section below.