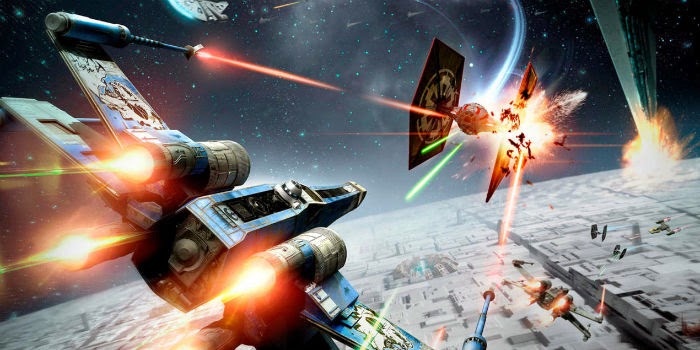 When Disney originally bought Star Wars, one thing they told us was that there would be spin-off movies coming out along with the Episodes, making it that we'd get a new Star Wars movie every year. With Episode VII coming later this year and Episode VIII in 2017, a spin-off is confirmed for summer of 2016. The film is titled Star Wars: Rogue One and will be directed by Gareth Edwards and will star Felicity Jones. Outside of that, we knew barely anything about the movie, until now. 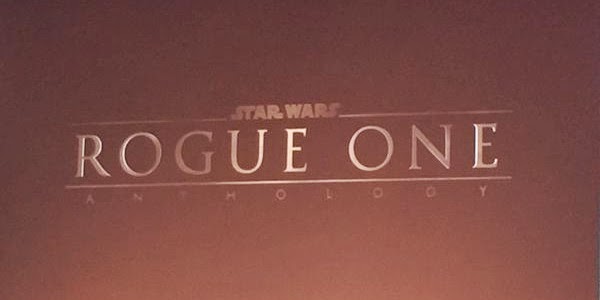 Rogue One logo revealed at Celebration

This is all very interesting. For the longest time, the rumor was that the first spin-off who be about a group of bounty hunters who try to steal the plans for the original Death Star, which leads into the events of A New Hope. However, when Rogue One was revealed to be the title, it confused a lot of people. Now it seems that there are no bounty hunters, but the Rogue Squad are the ones stealing the plans. I really want to see the teaser, but I doubt it will be put online. The film is still over a year out, and they haven't begun truly filming yet, so it's probably stock footage or concept art put together to make a teaser.

What I find really interesting is that the spin-offs are being called "anthologies". I didn't expect it to be directly called "Star Wars Spin-Off", but I thought it would simply be Star Wars: Rogue One. I could understand having "anthology" in there to differentiate from episodes and spin-offs, but I wonder if has some bigger meaning than just that. I'm sure we'll find out soon enough.

What do you think? Do you like the direction Star Wars: Rogue One is taking? Are you looking forward to the film? Leave your thoughts in the comments section below.