No one can say I'm not a Marvel fan. For God's sake, I did the ultimate Marvel Movie Marathon and watched all 10 films (over 20 hours) leading up to Avengers: Age of Ultron (you can read our "In Preparation For" reviews for the films here). And this movie, Age of Ultron, was my number one most anticipated movie of the year, before Star Wars Episode VII: The Force Awakens. I have been dying to see this movie for years and while I knew it would never reach my over-the-top high expectations, I was praying to every god imaginable that it would be good.

I am mixed about this movie. I really need to see it again before I can conclusively decide what I think about it, but I'm going on what I thought coming out of it. It's messy. If you want to watch it purely and solely for action, this movie is awesome. The action sequences are brilliantly done and build upon what we all loved so much about The Avengers. Even from the first scene you jump straight into action with the Avengers taking out a Hydra base. The action was fantastic, but I had problems with everything else.

The story was half-baked. You had all these great action sequences, but the story that connected them was very weak and lacking. It pretty much just went from action scene to action scene without any clear reasoning of how it got to that point. Joss Whedon's original cut of the movie was over three hours long, so we knew he had to cut scenes. It just seems like he cut everything that furthered and developed the story but kept all the action. So the movie would have a huge, full-out action scene then go back to normal for a second before it cut to a new action scene. The story was rushed until the third act, which was when the movie became fantastic. 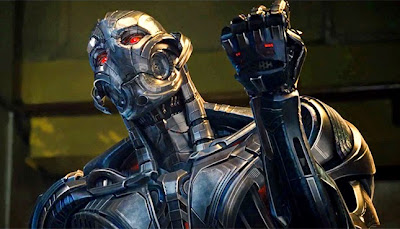 Ultron (James Spader) had so much potential as a villain but I was ultimately majorly disappointed by him. His development wasn't just minimal- it was nonexistent. In a period of five seconds on screen, Ultron went from being born, to turning evil, to assuming a bodily form, to attacking the Avengers. It seemed like most of the reasoning for Ultron's evil was stated by the Avengers as exposition, rather than the movie showing us. A main problem I have with many Marvel movies is that they get an incredible villain and they barely use him until the end. I felt the similarly about the Winter Soldier (thought not as strongly) in Captain America: The Winter Solder. They introduced him and then kept him on the sidelines for the whole movie except for a couple scenes until they had him in the end. The case with Ultron was a lot more extreme. They didn't not develop his character, which made him come off as one-dimensional. Instead of being an interesting villain, he was simply "I'm evil and I'm going to destroy the world". They tried to use the Avengers' dialogue to explain why Ultron was more than that, but they failed to physically showed it to us. If Ultron had one scene where he explained with more depth why he thought he was right, it would have made him a richer villain. So instead of Ultron becoming one of the great Marvel villains like I thought he would, he became a disappointment.

The movie may have done a lot of things wrong, but it also did a lot of things right too. Like I said, the action scenes were incredible even though the story didn't really explain why the scene happened or how the characters progressed to that point. Even though they were minor appearances, I really liked seeing Anthony Mackie as Falcon and Don Cheadle as War Machine show up. It reminded me that this was truly a cinematic universe, where these characters would show up to parties and hang out. One of my favorite scenes was the giant party the Avengers throw, because not only did we see a lot of supporting characters show up, but we got to just sit back and have fun with these characters. Another thing that worked for me so well was the Vision (Paul Bettany). He is introduced on the later side of this movie. Personally, the movie had good spots but was messy until the Vision showed up. From his introduction to the rest of the movie I thought was perfect. It's just the first two thirds of the movie that I had a real problem with. 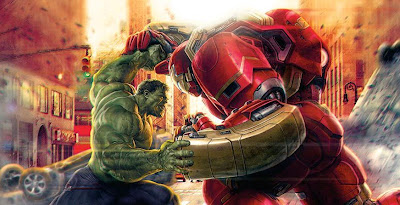 The movie also introduced Quicksilver (Aaron Taylor-Johnson) and Scarlet Witch (Elizabeth Olsen). I thought they were fine in the movie but they didn't really stand out. They explained well why they were bad but their transition to being good was really forced and now well-written. It felt like it had to be rushed so they could be good for the final act. And their joining Ultron was abrupt and poorly written. While I ultimately liked them, I thought they needed to be developed more. They did more development with Scarlet Witch, which made me like her more, but Quicksilver was pretty much just there. There wasn't much substance to his character. The film also began a relationship between Bruce Banner (Mark Ruffalo) and Black Widow (Scarlet Johansson), which I really liked. They had great chemistry and did a really good job of explaining why it made sense for them to be together. The film also made Hawkeye (Jeremy Renner) a key player, which I really liked. He was probably one of the favorite characters in this movie, simply because they spent so much time and effort developing his character. Andy Serkis' brief appearance as Ulysses Klaw was also great and I really hope they use him in the upcoming Black Panther movie.

To summarize, I thought this movie was pretty good, but it did disappoint me. The story was rushed in favor of simply getting to the next action scene, which took weight away from those scenes because you didn't understand how it led to them fighting. Ultron was rushed and underdeveloped, and ultimately ruined him as a villain for me. Without them clearly showing why he was such a formidable threat, I was never really intimidated by him and thought he fell flat. However, the action scenes were fantastic and the highlight of the movie. The comedy was just as good as the first Avengers. They worked together to be the best parts of the movie. The Vision was a highlight of the movie for me, and from his introduction on to the end of the film was perfect, but the rest of the movie was kind of sloppy and poorly put together. Apparently, a director's cut will be released on Blu-ray when this movie comes out, so I'm really holding out hope for that. If the scenes they add in make better transitions from place to place and properly develop Ultron and other characters, then I will be happy. Because, honestly, it felt Whedon rushed through this one so he could move on to a different movie. 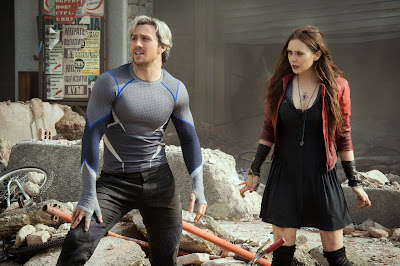 What do you think? Did you see Avengers: Age of Ultron yet? Did you like it? Leave your thoughts (no spoilers, please) in the comments section below.