Johnny Depp hasn't been doing so well lately. Between The Lone Ranger, Transcendence, Mortdecai and others, Depp has been at a low point in his career. It is kind of to the point where a lot of people have forgotten how good of an actor he can be, and he is no longer given the benefit of the doubt. However, his next film, Black Mass, has really caught my interest. Depp plays Whitey Bulger, a notorious Boston mobster who operated for years without being caught until just a couple years ago. Being from Massachusetts myself, this film really interested me. The first trailer for Black Mass (you can see it here) was excellent in my opinion, so when I saw that there was a second trailer out, I was excited to see it.

I am officially pumped for this movie. Depp doesn't look to be phoning it in-- it looks fantastic was Bulger. The supporting cast looks excellent with Dakota Johnson, Joel Edgerton, Benedict Cumberbatch, Kevin Bacon, Adam Scott, Peter Sarsgaard and Corey Stoll. I loved the music in the trailer. This film just looks like it is going to be violent and fun. It very much feels in the vain of classic gangster movies. It feels almost like it was directed by Martin Scorsese. I could ultimately be let down, but from the two trailers I've seen, this looks like an awesome movie. 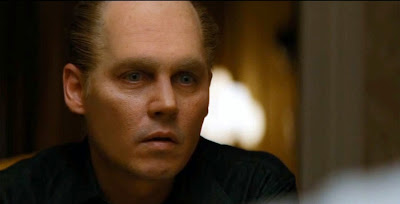 What do you think? Did you like the trailer? Are you looking forward to Black Mass? Leave your thoughts in the comments section below.