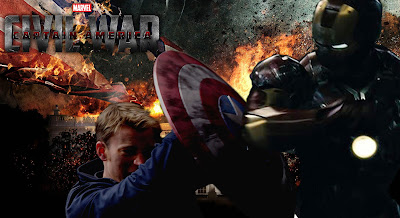 It seems that Captain America: Civil War, the next installment in the Marvel Cinematic Universe, has very quickly become more of an Avengers sequel than Captain America. But after the events of Avengers: Age of Ultron (read our review here), it seems only natural that this film would be on such epic proportions. The cast of returning characters has been confirmed (read that here), and it certainly does feel like an Avengers 2.5. And since the film has already begun filming, a lot of set pictures have emerged, slowly giving us new and tiny details. One of the villains introduced in Captain America: The Winter Soldier was Frank Grillo as Brock Rumlow, or the villain Crossbones from the comics. At the end of film, Rumlow was left scarred by an explosion and on the brink of death, but we knew he would be returning for Civil War, as Crossbones. Now, we know what he will look like as the villain.

Recently, set pictures emerged of Grillo in costume as Crossbones, pictured below: 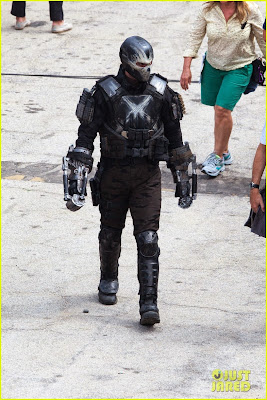 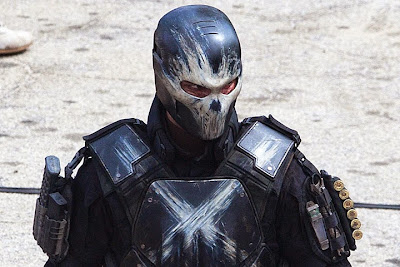 I really like the design. I think it looks great. There's enough of the comic book design in there, but it is also unique and different. In that last picture, his eyes look so menacing... it's brilliant on Grillo's part. Crossbones looks badass and ready for battle. The question is, how does he fit into the film? We know most of the movie will by the dynamic of Iron Man (Robert Downey Jr.) versus Captain America (Chris Evans), so what role will Crossbones play in that? I don't see him as a character that will take a side in the civil war, so maybe he is introduced in the beginning of the movie with the other villain, Baron Zemo (Daniel Bruhl). 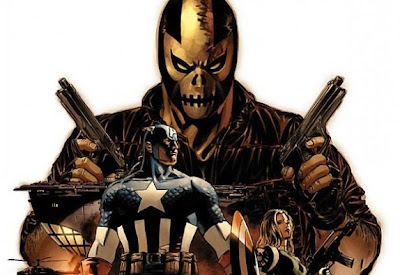 Crossbones from the comics

What do you think? Do you like the design of Frank Grillo as Crossbones? How will he fit into the film? Are you looking forward to Captain America: Civil War? Leave your thoughts in the comments section below.