Food for Thought: Why Can't Comic Book Movies Be Serious?

In this installment, we will talk about the thought-process that comic book movies can't be serious. 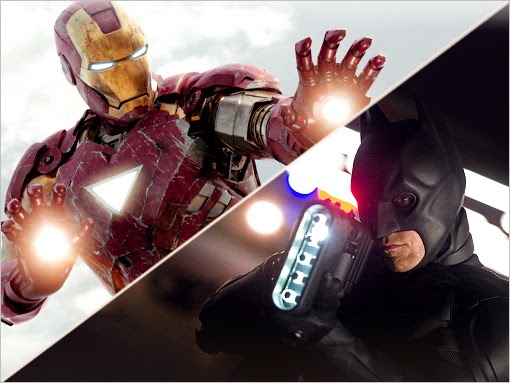 We luckily live in an age now where the film market is saturated by comic book movies: if you cut it, it would bleed superheroes. For any nerd like me, this is a fantasy come true. My introduction to comic books and the entire medium came from Sam Raimi's Spider-Man. In 2002, the world was covered head-to-toe in advertisement, toys and whatnot for the film and as an impressionable kid, Spider-Man became pretty much the best thing ever. I had Spider-Man pants for God's sake. This love for a character turned into a love for comic books, which has continued to fester and grow to this day. I still have stacks of comic books in the room and dozens of comic book movies on Blu-ray. But as all tastes do, they grow and change with age and maturity. An "all-ages" Spider-Man comic book with poop jokes and "I will destroy you all" corniness was fantastic as a kid, but as I grew older I looked for more darkness in comics. In the Golden Age of comics, around the 60's, comics were cheesier. People didn't want dark stories about terrorists in a post-9/11 world. They just wanted a guy in his underwear to rescue Grandma's kitten who's stuck in the tree, or to save Tommy who is stuck in the well. And you appreciate these stories for what they are, but they were a product of their time.

Today, comic books are a product of our time. Batman will break bones and put people in the hospital. Superman fights terrorist regimes similar to Al-Qaeda. Iron Man is a weapons dealer. Comic books today are more complicated and darker because that is what the public has wanted. Comics are often dismissed for being "childish", but any one of these critics who picks up a modern-day comic knows not to give them to a kid. People wanted comics to become more serious, and we saw this gradual change, beginning in the 80's. Frank Miller's The Dark Knight Returns came out and changed who Batman was. Different comic book runs began that changed characters who were more fun and light-hearted and made them more serious characters. And who's complaining? We all think of Batman as the vigilante who will break your face if you mess with him. We all think of Wolverine as the most dangerous mutant alive who has claws that can cut anything. As the times of changed, we have wanted more depth and darkness from our comic books.

As these comic books have been adapted into movies, they faced a challenge from the very beginning: how do we make these films appeal to people? How do we make a superhero who is fighting crime in his/her underwear seem cool for the modern age? After comic book movies were killed in 1998 by Batman & Robin (for being overly silly), Bryan Singer revived the genre with X-Men, a darker movie. It really wasn't a comic book movie, but a political film dealing with a social issue and whether people should hide who they are to fit into society. Ultimately, in order to make comic book movies relevant again, they couldn't have bright colors and Batnipples. They needed a stronger reason to exist. But let's be honest- X-Men was great because it was dark, but it was also fun. You had fun with these characters and you laughed along with them, but it was still a serious film.

Let's skip ahead to today. Comic book films are the biggest, and most profitable, genre of today. Marvel Studios is making two films a year, and is ready to move to three starting in 2017. Fox has had monumental success with their X-Men franchise and will be rebooting The Fantastic Four this summer. Sony has had mixed results with Spider-Man, having three good films and two poor ones, but with their new Marvel deal, Spider-Man will be bigger and better than ever. The issue now comes to DC. They made three (and in my opinion, all three) incredible movies in The Dark Knight Trilogy, and the movies are universally loved. But what made people love them so much? Because, in essence, they weren't really comic book movies. The Dark Knight specifically was a crime drama that had Batman in it. Christopher Nolan saw not just a comic book story to tell, but a more profound and human story. Comic books have incredible stories that (some of them) are on Shakespeare levels, but are over-looked because it stars muscular men in tights and capes. But Nolan redefined this by telling an incredible story that just happened to have Batman in it.

Then, Man of Steel came out, kicking off DC's new cinematic universe. A lot of people hated the film, because it dark and gritty. I know one of my friends watched the movie and said to me it "took itself too seriously for a comic book movie". When he said this, I thought about it for a while. To me, a movie is a movie. A western is a movie. A comedy is a movie. A comic book film is a movie. And ultimately, what makes a movie a movie? It tells a story, using whatever unique qualities of the genre to tell that story. So to me, saying a comic book movie takes itself too seriously is ridiculous because it is a movie. Movies are dark, movies are light. They are funny, they are brooding. Man of Steel may have been a comic book movie, but it was a different type of comic book movie. A year after that film's release, Captain America: The Winter Solder came out and proved my thinking that a comic book movie isn't limited to one archetype. The Winter Soldier was a comic book movie, but it was also a political thriller, in the same way that The Dark Knight was also a crime drama. Comic book movies do not all have to be one, formulaic thing, and if they were, with all the exposure to these films we get today, that would get old very fast. In an age where we will have multiple incarnations of the same character in a period of years, we need diversity. Superman was more light-hearted in the Christopher Reeves films. It was even reattempted seven years prior with Superman Returns. Superman needed a reboot and Man of Steel went in a complete, opposite direction that made it unique. And for me, the film is a masterpiece because it realized that a comic book movie can be more than just that. The main reason for my writing this is because of the backlash against the Batman v. Superman: Dawn of Justice trailer, released a couple weeks ago (see that here). People said it was "too dark and gritty", and this aggravated me, for the exact reason I stated above. A comic book movie does not have to be limited to a certain framework. With the surplus of films these days, comic book movies not only need to, but will only survive if they try new, inventive ways to spin the genre to keep it fresh. That is one of the reasons why I am hopeful for The Fantastic Four, because it is bringing horror elements to the movie. Plus, DC is trying to start up a new cinematic universe to rival Marvel's already established brand. Marvel's films are humorous, light-hearted and fun. DC without any doubt has to differentiate itself from Marvel, and the best way to do that is to go in the opposite direction. They are going for darker, more serious films. And that's what keeps the comic book movie genre going. If every single movie was exactly the same, having nine of them come out a year would become redundant. But they are all different. Marvel is different from Fox which is different from Sony which is different from DC.

I think there is a fundamental difference between not liking the direction a film is taking and saying it is or will be bad. With Man of Steel, a lot of people hated it and said it was bad but said the reason it was bad was because it was dark. Tone is not an indication of how good or bad a film is. If you don't like the tone, that's not a reflection on the movie but rather you don't like the direction of the film. If people genuinely dislike these films because of their darker tones and simply prefer lighter movies, than that is their opinion. But for people to say that these movies are bad because they are dark, or saying that comic book movies can't be dark or serious is a wrong statement. Comic book movies are movies just like any other movie and cannot be held to a single cookie-cutter format, but rather have the freedom to explore new sub-genres that will ultimately keep the momentum with these movies going for many years to come. 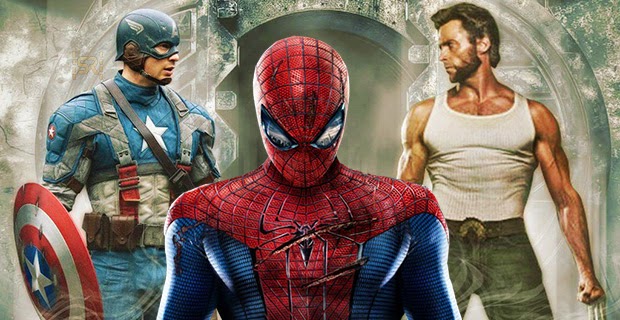 What do you think? Are you a fan of comic book movies? Do you agree with my argument? Do you disagree? Leave your thoughts in the comments section below.