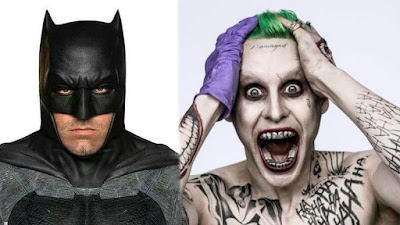 Ever since Suicide Squad was announced to be the first DC movie to follow next March's blockbuster Batman v. Superman: Dawn of Justice, there has been a lingering question of whether any of the (pre) Justice League members would appear. Especially when the Joker (Jared Leto) and Harley Quinn (Margot Robbie) were announced to be part of the Squad, many wondered if Batman himself (Ben Affleck) would show up in the movie. While Warner Bros. hasn't given an official statement, it's pretty clear that Bruce Wayne/Batman will make an appearance in Suicide Squad.

A series of set pictures have been leaked online, revealing Ben Affleck on the set of Suicide Squad, as both Bruce Wayne and his vigilante counterpart. You can view them below. 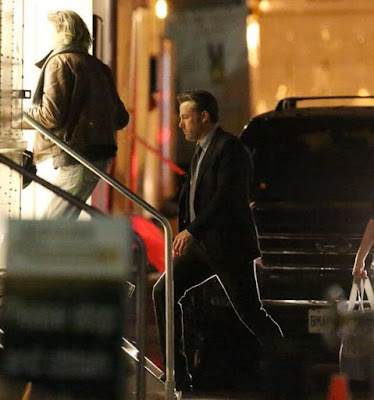 This picture was taken a while ago, showing that Bruce Wayne would be in the film. The next few images were leaked just the past couple days, showing a car chase between the Joker and the Batmobile, as well as a Batman stunt double riding on the Joker's car. 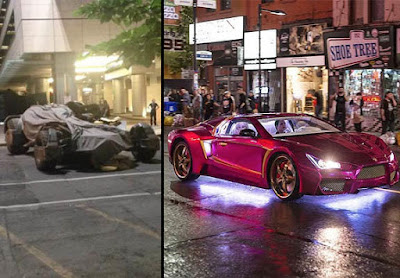 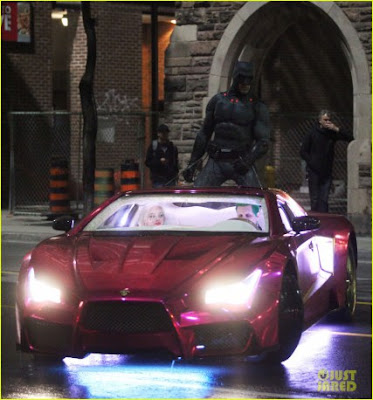 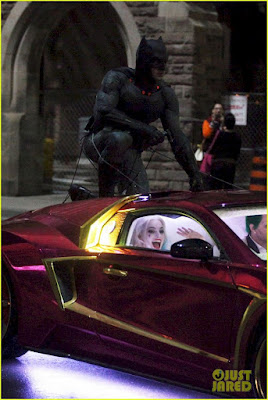 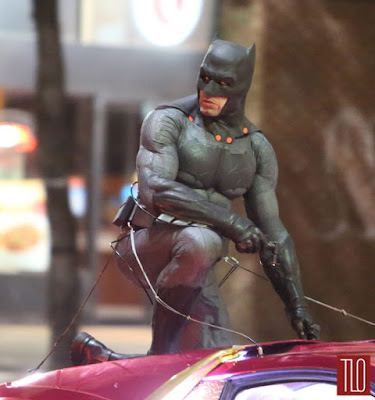 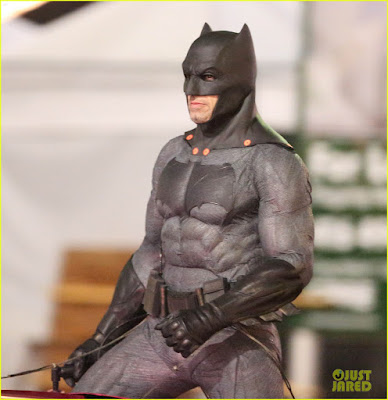 What's cool about these images is that they give us a very clear, definitive look at the new Batsuit, which I think looks fantastic. It is straight out of the comics. I think this is probably the best looking Batsuit we have ever had on screen. And Adam West's suit is some pretty tough competition. I am also very excited that we will be seeing Batman and the Joker on screen together before his stand-alone movie. Now, we don't know how big of a role Batman will have in Suicide Squad. My guess is that he will probably have a ten to fifteen minute sequence involving the Joker and Harley Quinn. That's not really a supporting role but more than a cameo. To be honest, I don't care how long Batman is in this movie: I'm just glad he's in it at all!

What do you think? Do you like the looks of the set pics? Are you glad Batman is making an appearance in Suicide Squad? Are you looking forward to the film? Leave your thoughts in the comments section below.