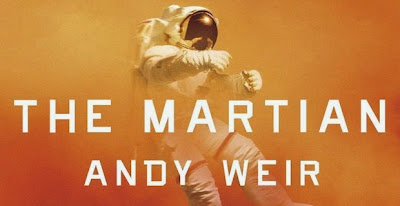 Unfortunately, Ridley Scott's last few films have kind of tarnished his name. With disappointing releases like Robin Hood, Prometheus (which I actually liked), The Counselor and Exodus: Gods and Kings all in a row, a lot of people have lost faith in Scott. I still hold on to faith of the brilliant director who brought us one of the best science fiction films, and one of my favorites, Alien. So even though he hasn't been on a good streak lately, I have been very interested in his upcoming film, The Martian. It has a fantastic, A-list cast including Matt Damon, Jessica Chastain, Kate Mara, Kristen Wiig, Sebastian Stan, Sean Bean, Jeff Daniels, Chiwetel Ejiofor and Donald Glover. Yet, so did The Counselor. But it's Scott going back to his science fiction roots with such a brilliant cast, that I have faith in this project. I am crossing my fingers hoping it's good.

In the upcoming issue of Entertainment Weekly, the first official images of The Martian will be shown, which have made their way online. You can see them below: 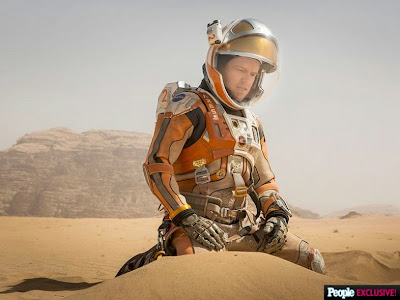 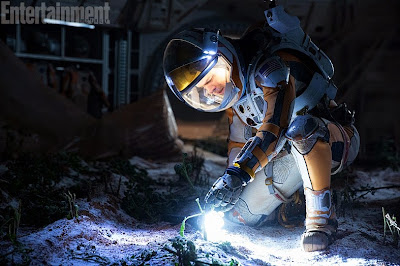 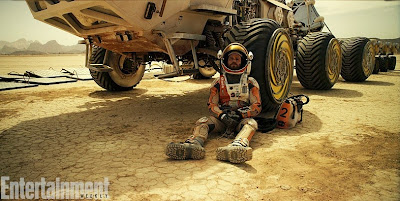 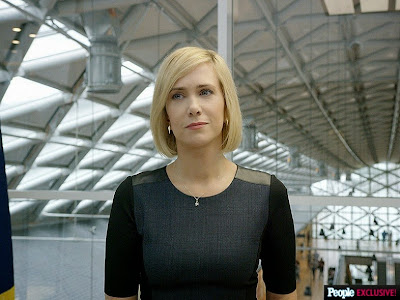 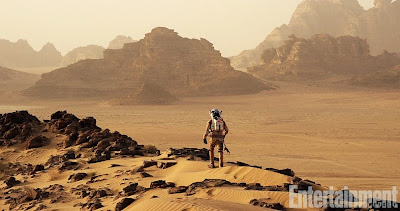 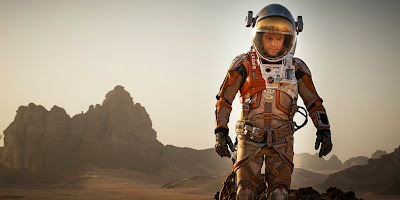 I love these pictures. The design of Damon's suit is great. It's similar to what we've seen science fiction evolve into with adding something different as well. The design and landscape of Mars is breathtaking. I know very little about the actual plot and story of the book, so I don't know what will happen in the movie, but on a visual level, this looks fantastic. I really hope this movie will be Ridley Scott's return to cinema and that he'll give us a mind blowing science fiction film. Here's hoping it all works out.

What do you think? Do you like the images? Are you looking forward to The Martian? Do you think it will be Ridley Scott's return as a director? Leave your thoughts in the comments section below.