This weekend, San Andreas and Aloha opened in theaters. Let's take a look at this past weekend's box office. 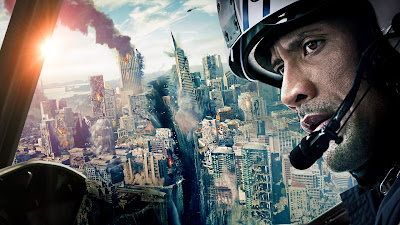 On its opening weekend, San Andreas came in first place. We are officially in the summer blockbuster month, where big releases are coming out week after week. I was actually really interested in seeing this movie, but it unfortunately didn't work out for me to see it. It's not surprising that the film made the money it did. It was perfectly advertised as Dwayne Johnson versus an earthquake, and from everything I've heard, that's exactly what San Andreas is. I think it will probably stick around a while longer in the top 5 as we enter June. 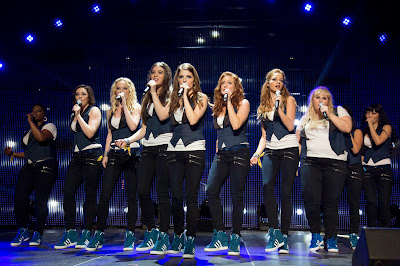 In its third week, Pitch Perfect 2 came in second place. This film has been doing remarkably well, surpassing any and all expectations of it. The film has grossed almost $150 million domestically in three weeks. That's incredible, considering the first one made $65 million domestically in its entire run. This sequel is a massive hit, and has been doing damage to the other summer blockbusters released in May, such as Mad Max: Fury Road, Avengers: Age of Ultron and Tomorrowland. Universal must be losing their mind over how big of a success this film is. I think it'll continue to do wonders at the box office over the next few weeks. 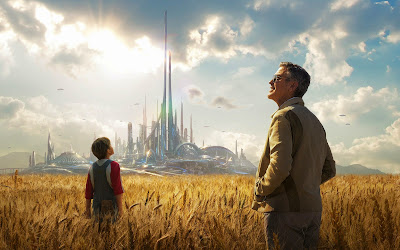 In its second week, Tomorrowland came in third place. The numbers for this movie are extremely disappointing. On a $190 million dollar budget, Tomorrowland has so far only made $60 million domestically. It's seeming very likely that this movie will be the big flop of the summer, which is very sad for an earnest, original film like Tomorrowland. Maybe it can pull through with its worldwide intake, but it's seeming unlikely that it will break even. We'll have to wait and see how it fares. 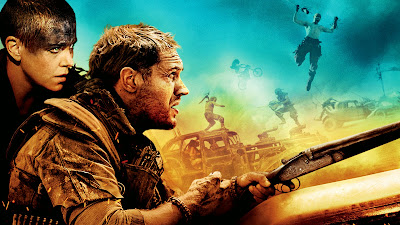 In its third week, Mad Max: Fury Road came in fourth place. While it hasn't been doing spectacular numbers, Fury Road has pulled through into doing decent. It had lower numbers for its opening weekend, but it has since maintained a steady pace, slowly sticking around in the top 5. We've seen this happen a few times this year already, specifically with Kingsman: The Secret Service and Home. Both had mediocre openings but stayed in the top 5 for six or seven weeks, earning a good amount of money based on word-of-mouth, and Fury Road may very well do the same. You can read our review of the film here as well as my interview with Andrew Germishuys, who worked as an armorer on the movie, here.

In its fifth week, Avengers: Age of Ultron came in fifth place. Even though its sliding down the ranks of the top 5, this movie has already done a spectacular job at the box office. It is currently the highest grossing film domestically of the year, having made almost $430 million dollars. It has also crossed the $1 billion dollar mark worldwide, at about $1.3 billion, though it hasn't quite beaten Furious 7's $1.5 billion worldwide yet. By the end, Age of Ultron will probably be one of the highest grossing films of the year, but I have a feeling a little film called Star Wars Episode VII: The Force Awakens may take its title later in the year. You can read our review of the film here, as well as my problems with the movie here.

To re-cap, #1 was San Andreas, #2 was Pitch Perfect 2, #3 was Tomorrowland, #4 was Mad Max: Fury Road and #5 was Avengers: Age of Ultron. And it should be noted that the other new release of the week, Aloha, came in sixth place making $10 million.