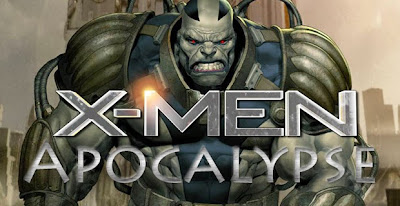 With the surplus of news coming out of Captain America: Civil War as it starts to shoot, it's easy to forget that not only is news coming out of X-Men: Apocalypse, but it is already underway filming. With first looks at new actors playing younger X-Men characters (see the set pics here), as well as other little bits of information dropped here and there. This past week, some other interesting facts were revealed about the film, so we're rounding up the news in this article.

It has been revealed that James McAvoy, who has been playing younger Charles Xavier (played by Patrick Stewart in the original films), will in fact go bald in this movie. Director Bryan Singer confirmed this by posting an image of McAvoy's head being shaved on Instagram: 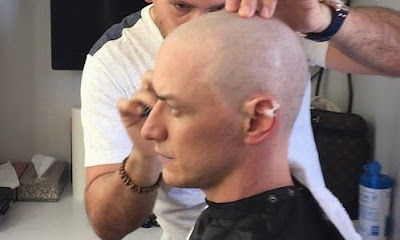 McAvoy doesn't look bad bald, to be honest. I didn't mind him having hair the past couple films, because it's still so many years before he would reach the age of Stewart's Xavier. But I'm glad they are finally playing that card. The film has been shooting for a little while now, so whether McAvoy starts out with hair in the movie and then loses it, or he lost it during the ten years between X-Men: Days of Future Past and Apocalypse is unknown, but I'm inclined to believe the latter. Unless so freak encounter with Apocalypse or another powerful mutant causes his hair to fall out, rather than it coming out with age. But whatever the reason ends up being, I'm glad McAvoy is going bald. 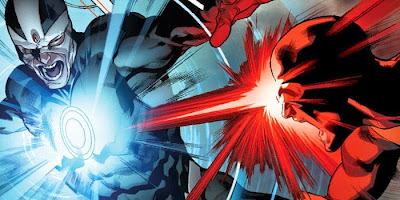 It has also been confirmed that Havok (Lucas Till) and Cyclops (Tye Sheridan) will be brothers in the film. The comics, Alex and Scott Summers are brothers who often disagree. Cyclops was obviously introduced in the original films, played by James Marsden, with no reference to Havok. Alex was then introduced in X-Men: First Class with no mention of Scott, leaving many to believe the two would not be brothers in the films. However, with Till returning for Apocalypse and a younger Cyclops being played by Sheridan, it has been confirmed the two will be brothers. I am glad they are introducing this into the film universe, and I think it is something that will add depth to both characters, something Cyclops has really lacked in the films so far.

What do you think? Are you glad James McAvoy will be bald in the film? Are you glad Cyclops and Havok will be brothers? Are you excited for X-Men: Apocalypse? Leave your thoughts in the comments section below.