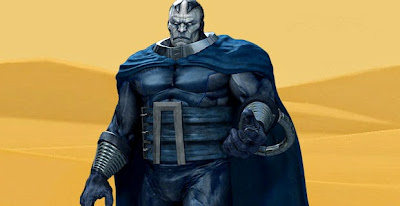 One of my more anticipated films of 2016 has to be X-Men: Apocalypse. Director Bryan Singer's follow-up to last year's X-Men: Days of Future Past has big shoes to fill, and has everyone excited. But the one thing I am most excited about is seeing the iconic and titular villain on the big screen. This is going to be a big, epic movie and I feel like the filmmakers can do a lot to make Apocalypse a really cool and compelling villain. He has a lot of potential, and I hope that they utilize him well and make him a well rounded, three dimensional villain (like Magneto) instead of just some threat the X-Men have to face. From everything we've heard so far, it seems like we will be getting the former.

In a recent interview, Oscar Isaac, who plays Apocalypse in the film, talked a bit about the character, saying:

“I've been reading the script a lot and trying to come at for me, an interesting angle. Definitely focusing on the fact he is the embodiment of the second coming of the judgments of god and that energy going in. We're playing with that. What we are trying to do is make his philosophy and what his mission is, one that is both simple but also hold water, that really makes sense throughout the whole movie. I think Simon Kinberg and Bryan Singer, we've been able to come up with something very cool." 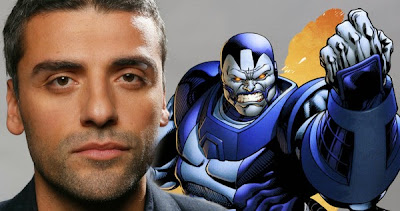 I love these comments. As I said before, I really want them to make Apocalypse a well rounded character, and it seems like that's what they are doing. Not only will he be all-powerful and signifying of the end of the world, but he will also be someone that we can understand, and I think that is vital in making not just the character, but the film as well, work. I think there is something very special ahead of us and I hope this movie blows us all away!

What do you think? Do you like Oscar Isaac's comments? Are you looking forward to X-Men: Apocalypse? Leave your thoughts in the comments section below.