Composer James Horner, best known for his scores for Titanic, has passed away at the age of 61. He was piloting a plane that crashed into a remote area, about 60 miles north of Santa Barbara. He was an incredible composer, having been nominated for ten Academy Awards, and winning two. Not only did he compose the Oscar winning score for Titanic, but helped write the famous song from the film "My Heart Will Go On", preformed by Celine Dion. While he did many soundtracks for director James Cameron, he has worked on a variety of films with a variety of directors over the course of his life.

Horner was born August 14th, 1953 in California. His first conducting credit was a 1981 film called The Hand. Since then, he went on to do two Star Trek films (The Wrath of Khan and The Search for Spock), Aliens, The Rocketeer, Braveheart, Apollo 13, Titanic, A Beautiful Mind and Avatar. His last film credit was The Amazing Spider-Man in 2012. By the end of his career, Horner had 125 musical credits to his name. He was the composer of so many movies that had haunting soundtracks, ones that would stick with you long after the movie ended. He was one of the best in the business. He will, without a doubt, be missed. 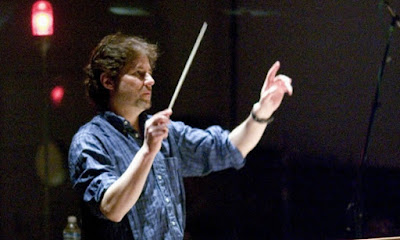 What do you think? What is your favorite score by James Horner? What's your favorite movie he was involved in? Leave your thoughts in the comments section below.