With all this news surrounding the new Spider-Man and the character's joining of the Marvel Cinematic Universe, you have to feel bad for Andrew Garfield a bit. He got to play the character in two films, 2012's The Amazing Spider-Man and its (terrible) 2014 sequel. He was probably the biggest fan of the character that will ever play Spider-Man. You can watch a video from the 2012 San Diego Comic Con where he pours his heart out about how much Spider-Man means to him. So with his run as the character being short-changed with this Marvel deal, one has to feel bad for Garfield. But it seems like he has already broken through and is on his way to, maybe not bigger, but better things. In 2016 he will star in Martin Scorsese's Silence opposite of Liam Neeson and this year he stars with Michael Shannon in 99 Homes, which now has a trailer.

Garfield plays a man whose house is foreclosed by the bank and, in order to make ends meet, he must work for a shady real estate broker, played by Shannon, where he closes other people's homes himself. The trailer looks great. It poses us with an interesting question of "what would you do", and I like the looks of where it's going. I really like both Garfield and Shannon as actors, and it seems like they could give us some really good performances in this film. So even though Spider-Man fell apart for Garfield, I think he is going to be just fine with the future of his acting career. 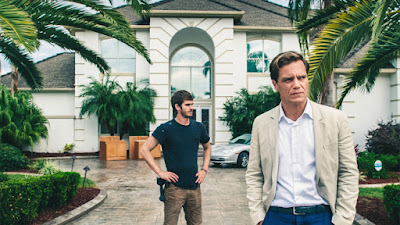 What do you think? Did you like the trailer for 99 Homes? Are you looking forward to the film? Leave your thoughts in the comments section below.