It was such a sad day when I heard the news that Robin Williams had passed away. He was such an incredible actor, comedian and person overall. (You can read my tribute article to him when he passed away, here) So when I saw that the trailer for his last film had been released, I knew I had to see it. I'm just going to say it: Williams could very well be nominated for an Academy Award for this film. He looks brilliant in this movie. It's sad to watch, because you know this is his final movie, but it looks like such a great note to end on. Williams will always be one the best comedic talents to every live, but he was also such a great dramatic actor. How great was he in his Oscar winning performance in Good Will Hunting?

Boulevard centers on Williams, a depressed banker who becomes a father figure to a teenager struggling on the streets. It looks like it could be a really powerful movie, and I am really excited to see Williams in this. I really do think that he could be up for an Academy Award. Granted, we have to see what the rest of the year looks like. There might be five spectacular performances that are ahead of his by the end. I guess we will have to wait and see how things turn out. 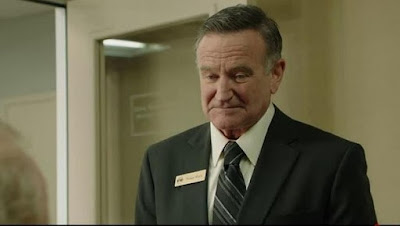 What do you think? Did you like the trailer for Boulevard? Are you looking to seeing the film? Leave your thoughts in the comments section below.