First Trailer for The Good Dinosaur

After Pixar went into a bit of a sequel phase, making films such as Toy Story 3, Cars 2, Monsters University and confirming movies like Finding Dory and The Incredibles 2, many people were relieved to see the studio go back to its roots this year with not just one but two original films. Later this month, Inside Out will be released and The Good Dinosaur will hit theaters in November. The latter features the voice talents of Neil Patrick Harris, Judy Greer, John Lithgow and Bill Hader, who also happens to be in Inside Out. But other than some basic concept art and the voice cast, we have known practically nothing about this movie, until now.

Today, the teaser trailer for The Good Dinosaur was released. It is definitely the epitome of a "teaser", as it shares very little about the film and is very brief. However, what it does share looks fantastic. I love the "what-if" question posed by the film, imagining a world in which the dinosaurs never went extinct. It's an interesting new direction to take a film like this, and it opens up a lot of creative and funny possibilities. Overall, I really liked this teaser and I look forward to seeing more from this film later on. 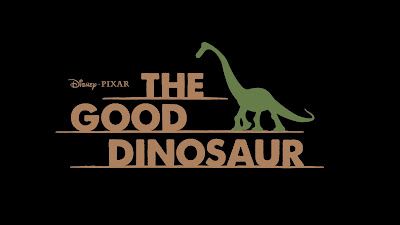 What do you think? Did you like the trailer? Are you looking forward to The Good Dinosaur? Leave your thoughts in the comments section below.