I recently took a Psychology class, and one of the things we talked about was the Standford Prison Experiment. This was before there were specific laws and regulations for scientific experimentation, and it was this experiment that forced parameters to be established. Psychology professor Philip Zimbardo took volunteer college students and had them participate in a mock prison environment, where some played the role of guards and others prisoners. I won't spoil what exactly happened, but it went south very fast. I didn't even realize they had made a film about the experiment until I saw this trailer.

I really liked the trailer. It captured the confusion and the horror of what happened. I saw the actual video footage of the experiment, and this trailer captured the atmosphere perfectly. It is going to be very interesting to see the mental states of these students degrade over time, and to see Zimbardo's obsession with the project cloud his judgment. I am now really looking forward to this movie, as this story has a lot of cinematic potential. 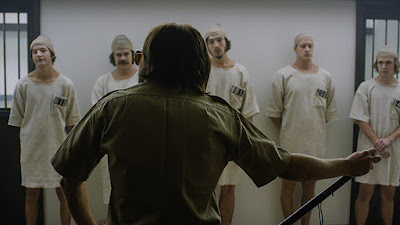 What do you think? Did you like the trailer for The Stanford Prison Experiment? Are you looking forward to the film? Leave your thoughts in the comments section below.