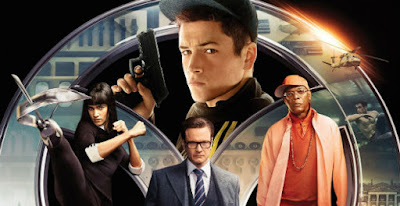 My second favorite movie of the year so far (behind Mad Max: Fury Road) is Kingsman: The Secret Service. Directed by Matthew Vaughn, it's just a kickass movie. It's funny, action packed, gory... and is ultimately a really fun time. You can read my full review for the movie here. Ever since I saw the film, I have been advocating for it to get a sequel. At first, it wasn't known whether it would make enough money to warrant a sequel. But it stuck around at the box office, hanging in the top 5 week after week after week. By the end of its run, it made over $400 million worldwide on an $81 million dollar budget. Then, not too long ago, a sequel was greenlit, but it was unsure if Vaughn would return. Now, we have some more information.

Vaughn himself has confirmed that he will be writing the sequel, saying.

"The good news is I'm writing it next door at the moment, and if I think I can get the script good enough then we're making it. We're doing our damndest to make that happen." 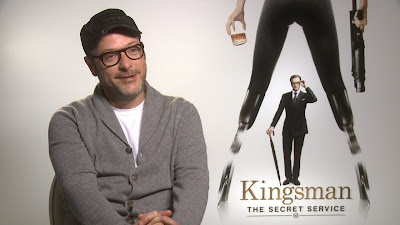 While I am not completely against a Kingsman sequel without Matthew Vaughn, I would be significantly less interested in it. What made that movie so great was his specific writing style and visual flare. His involvement enhanced the movie to a new level. If he won't direct, then I'm glad he'll at least be writing it. As long as he can stay involved in some fashion. I hope he ends up directing though. I think the movie would benefit a lot from it. And I think we all, universally, want that to happen.

What do you think? Are you glad that Matthew Vaughn is writing the sequel for Kingsman: The Secret Service? Do you want him to direct? Who could direct instead of him? Did you like the first one? Leave your thoughts in the comments section below.