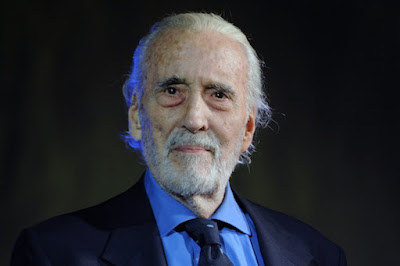 This is a tough one. It was announced today that Sir Christopher Lee passed away on Sunday, June 6th, just two weeks after celebrating his 93rd birthday. The actor had been hospitalized for respiratory problems and heart failure, and passed away in London. His wife, Gitte Kroencke, whom he has been married to since 1961, postponed the announcement until today. Born in 1922, his first film appearance was in Corridor of Mirrors in 1948. He has had a very prolific acting career since, having over 280 credits to his name. He also produced heavy metal albums, the latest was titled Charlemagne: The Omens of Death and was released in 2013.

Lee was most well known for his villainous roles, famously playing Dracula in ten films, starting with Horror of Dracula in 1958 to The Satanic Rites of Dracula in 1973. Lee did a lot in the horror genre, starring in over fifty horror films. One thing that stands out when you look at Lee's acting credits is how prolific he was. Any given year he will have at least four films that he starred in. 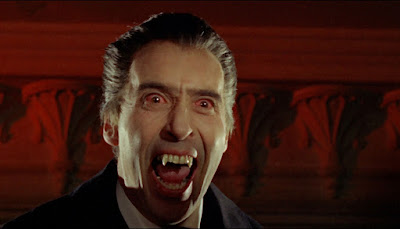 In his older years, Lee became even more well known, mainly for his roles as Saruman the White in The Lord of the Rings and as Count Dooku in the Star Wars prequels. Lee was the only cast member of The Lord of the Rings films to meet the books' author, J.R.R. Tolkien, and was fifteen years old when The Hobbit was published in 1937. He was actually Tolkien's choice to play Gandalf the Grey, but when the films were being made in the early 2000's, Lee was too old and was given Saruman instead. The role of Gandalf went to Ian McKellen.

What we will remember most about Sir Christopher Lee is his presence. Even in his 80s and 90s, Lee exhibited power on screen, with his booming voice and tall stature. Not only is he a horror icon, but he is an incredible actor, and a devoted film thespian. He worked endlessly throughout his career to make the most of his talents, and to star in as many films as possible. Sure, he made some poor ones over the years, but what we remember of him are the great ones, and he without a doubt has many of those.

Rest in peace, Sir Christopher Lee. You will always be remembered in the world of film.

What do you think? Were you a fan of Sir Christopher Lee as an actor? What are some of your favorite performances of his? Leave your thoughts in the comments section below.