Spider-Man Has Been Officially Cast; Solo Film Now Has a Director 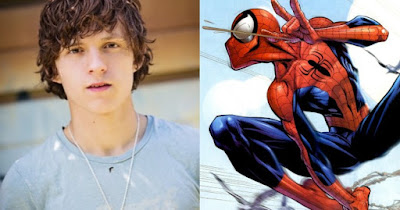 Ever since it was announced that Sony and Marvel had struck a deal to share the Spider-Man property, people have been speculating as to who would now be playing the webslinger. For a while, it looked like it was going to be Asa Butterfield, whom I was on board with. However, there was no official conformation. It is pretty much assumed at this point that Spider-Man will be in Captain America: Civil War, since the character plays a prominent role in comic series. So with Civil War filming already underway and no set actor to play Spider-Man, we knew that something was coming. Today, we finally got it.

It has been confirmed that The Impossible's Tom Holland will be playing Spider-Man. It was also confirmed that Jon Watts will be directing the solo film in 2017. With these announcements, some statements were released. 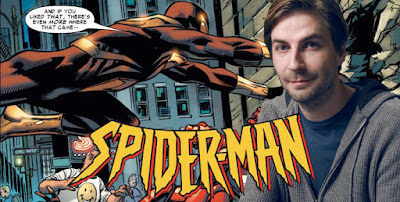 
"As with James Gunn, Joss Whedon and the Russo Brothers, we love finding new and exciting voices to bring these characters to life. We spent a lot of time with Jon and find his take and work inspiring."

"It's a big day here at Sony. Kevin (Feige), Amy (Pascal) and their teams have done an incredible job. The Marvel process is very thorough, and that's why their results are so outstanding. I'm confident Spider-Man will be no exception. I've worked with a number of up-and-coming directors who have gone on to be superstars and believe that Jon is just such an outstanding talent. For Spidey himself, we saw many terrific young actors, but Tom's screen tests were special. All in all, we are off to a roaring start."

Previous Sony head, Amy Pascal, who is a producer on the film, says:

"Sony, Marvel, Kevin and I all knew that for Peter Parker, we had to find a vibrant, talented young actor capable of embodying one of the most well-known characters in the world. With Tom, we've found the perfect actor to bring Spider-Man's story into the Marvel Cinematic Universe." 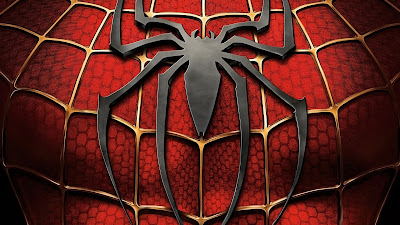 While I am not familiar with Holland or Watts' work, Marvel and Sony's enthusiasm is reassuring. Marvel has done a brilliant job with casting and bringing in directors. They made Chris Hemsworth and Chris Pratt stars, while also revitalizing Robert Downey Jr.'s career. They also introduced the world to directors like the Russo Brothers and James Gunn. While I haven't 100% loved every Marvel movie, I trust they know what they are doing. As for Sony, I'm giving them the benefit of the doubt. They may have completely f*cked up The Amazing Spider-Man 2, but it seems like they have their heads back in the game now working with Marvel. Overall, I am very excited to see what this could turn into.

What do you think? Do you like the casting of Tom Holland as Peter Parker/Spider-Man? What about Jon Watts directing the solo film? Are you looking forward to this new interpretation of the character? Leave your thoughts in the comments section below.