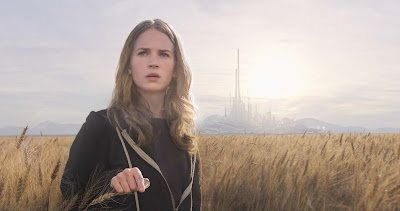 As we really begin to dive into the summer blockbuster season, everyone is talking about how 2015 is smashing box office records right now. Furious 7 is the fourth highest grossing movie of all time. Avengers: Age of Ultron broke international records. All these movies are breaking records and making a lot of money. But what is often being overlooked are the films that have bombed. One of these movies is Tomorrowland. It's an original film by Brad Bird and produced by Disney. It had a $180 million dollar budget, with $150 million in marketing costs. That doesn't include other things, like theater expenses. So Tomorrowland was looking at having to make $330-350 million dollars in order to break even. And it doesn't look like that will be happening.

From its opening weekend alone, we already knew that Tomorrowland wasn't going to make the money Disney was hoping for. Opening weekend it made around $33 million, which is not a good start at all. As of today, it has made $77 million domestically, with a worldwide total of $170 million. That's not even half of what it needs to make, and it's coming up on four weeks since the film's release. According to THR, Disney has said that they expect to lose anywhere from $120-140 million dollars when it's all set and done. 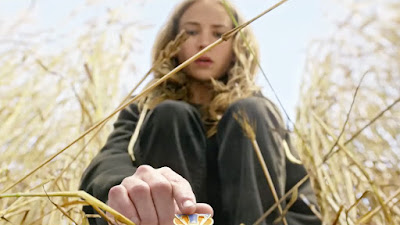 While I didn't really have much interest in seeing this movie, I am sad for the loss. Original work is something that is constantly being overlooked, not just by studios but audience as well. This movie was important because it was an original film with such a high budget, and to see it fail so terribly at the box office is worrisome. It doesn't bode well for other original films trying to get their start. Despite it being sad, the signal flares have been fired into the air, and now other studios are probably going to back off a little bit with funding either original or obscure properties.

I personally think a main reason why Tomorrowland didn't make the money they wanted it to was because of the marketing. I was honestly shocked that they spent over $150 million on marketing, as I was expecting half that number. The marketing didn't do a lot to really entice me, or give me a clear depiction of what this movie is. I read a report that said the biggest age demographic to see this film ranged from ages 20-35. After the fact, it seems like they were trying to get a younger audience in the theaters, but failed to communicate that message through the marketing.

But let's not feel to bad for Disney. They've already earned over $1 billion this year from the success of Avengers: Age of Ultron and will be earning even more when Star Wars Episode VII: The Force Awakens opens in December. So even though $140 million is a significant loss, it's not going to rock Disney's boat that much. What it will affect more is the future of big budgeted original films, as I mention earlier.

What do you think? Are you surprised Tomorrowland did so poorly at the box office? How will this affect future big budgeted original films? Did you see the film? Did you like it? Leave your thoughts in the comments section below.