This is the fifth installment of this new series where I basically take a movie and pick my personal five favorite scenes from that movie. Then, you can go into the comments and say why you either agree or disagree with me. For this article, I will be doing The Shawshank Redemption. Warning- there are spoilers!

(Make sure to check out our other "Top 5 Favorite Moments From" for The Dark Knight Rises, The Matrix, Rise of the Planet of the Apes and The Avengers- all right here) 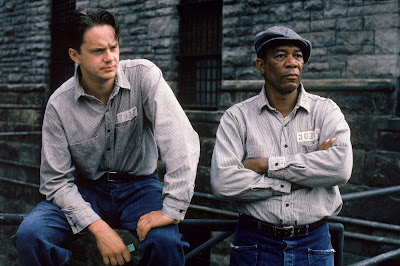 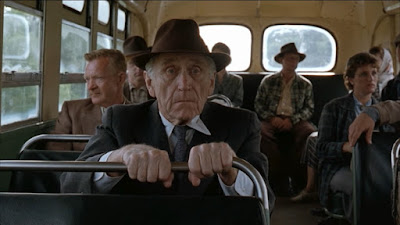 Brooks (James Whitmore) was a stand-out character in the film for me. He had a very important part in the movie, and that was to show what happens when you become "institutionalized". Brooks had been at Shawshank Prison for over fifty years, and was suddenly released. The montage of Brooks in society, with his narration, was seamlessly edited. From him struggling to adapt to the times, to his wanting to commit a crime to return to his home, the prison-- it was very emotional. And of course, it ends with Brooks hanging himself and carving in the halfway house "Brooks was here". The scene's purpose was to show how prison can really change a person, and affect their whole mentality. Part of what made this scene to lasting and impressionable was Whitmore's performance. He made you feel for this man, who was just a sweet, old man who didn't belong in this world. Like I said before, it was edited perfectly, under great director from Frank Darabont. It's a key moment in the film, and one that really stands out. 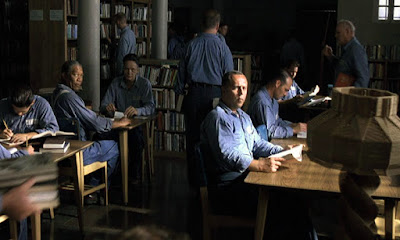 After years of writing letters week after week to the government and different charities, Andy (Tim Robbins) finally receives a donation of books and money to fund a prison library. For a good part of the movie, we have seen Andy doing everything in his power to get this library made, and to see it finally come to fruition is heartwarming. And the fact that they named it the "Brooks Hatlen Library" was a great touch. What this movie does so perfectly is it allows you to sympathize with these convicts. Even though many of them did terrible things and are murderers, you root for them in the end. So when Andy comes through and gets the library made, offering education to so many prisoners, you feel happy for them. It also showcased another side of Andy's character, as a selfless man. We had already seen it when he got the beer for his friends, but this was a true testament to what kind of man Andy is. 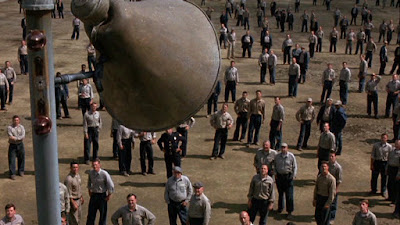 After Andy has gained the trust of the Warden (Bob Gunton), he locks himself in the office, and plays a record, putting it on the intercom for the entire prison to hear. As the music plays, everyone stops dead in their tracks and listens. As Red (Morgan Freeman) narrates, he says that hearing the song made them feel free for a moment. Afterwards, at lunch, Andy explains that music is something that you can always hold onto, in your soul, and the guards could never take that away from them. This is a very powerful scene. Not just in what Andy says reflecting on it, but the actual images of all the convicts standing, listening to this song. It's just another great point in the movie where you feel for the prisoners, who have probably not heard music in decades. And this one moment is so beautiful to them because they probably will never experience anything like it again before they die in prison. It's just a fantastic scene. 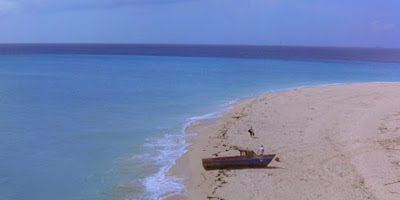 After years of being separated since Andy broke out of prison, he and Red are finally reunited in the final seconds of the film. Red has been let out of prison and traveled all the way to the Pacific, where he knows Andy is. You really feel it when they see each other and hug. They are such good friends that are finally seeing each other again after so many years. Originally Darabont wanted it to end ambiguously, with Red on the bus going to see Andy, but the studio convinced him to have them reunite. I am really glad that the studio forced him to change it, because it leaves you with a feeling of completion. The final emotional note in the film is what ties it all up so perfectly, seeing that these two friends are back together. I don't think I would have walked away so moved if Darabont had kept his original ending.

First Night: Seeing what these new inmates have to go through to enter their prison and survive their first night is the start of you sympathizing for them. The Beer: Andy does the guards' taxes in order to get his friends a day off and some beer. He doesn't even drink anymore; he just did it so that his friends could feel free. The Guards Kick Bogs' Ass: It is heavily implied that Bogs and a few other inmates have been raping Andy on a regular basis. However, after Andy gains the Guards trust after doing their taxes, they severely beat Bogs, causing him to never walk again. 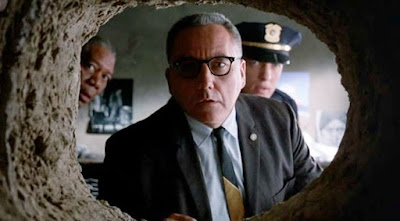 The scene is perfectly set up to look as if Andy hung himself. But when the Warden and the guards go into Andy's cell, they find him to be gone- vanished. After some yelling and deliberation, they find a hole in the wall, that Andy has been working on since his first day at the prison- over twenty years! What makes this such a great scene, is that everything that has happened in the movie comes together for Andy's escape. Things he did or said that seemed minor in the beginning become clues to his escape. All the taxes he did for everyone becomes his money once he escapes. Everything he did was one big con in order to escape with (adjusted for inflation) over $2 million dollars. This scene was edited perfectly, making you think he killed himself before revealing what really happened, and showing (rather than telling) how the movie intricately gave clues as to what Andy was doing. It is the pay-off for the movie, and it's my favorite moment in the film.

So there you have it. Those are my top 5 favorite moments from The Shawshank Redemption. 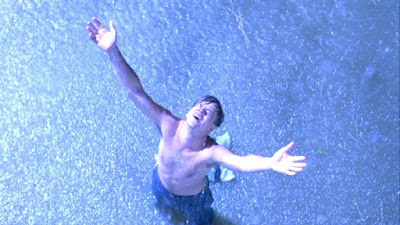 What do you think? Do you agree with my list? What are your top five favorite moments from The Shawshank Redemption? Leave your thoughts in the comments section below.