First Trailer for The Boss

Melissa McCarthy is one of the top female comedians working in film today. Aside from Tammy, she has been knocking every one of her films out of the park. This summer she starred in Spy, which was not only met with a positive critical response, but did fairly well at the box office as well. McCarthy goes against everything a leading female is supposed to be, and that's something Hollywood really needs right now. She's a bankable star with monumental success. So when I saw that the trailer for her new film, The Boss, had been released, I eagerly checked it out.

I really enjoyed this trailer. It perfectly captures the magic of McCarthy's comedy. She's outrageous, loud, over-the-top and vulgar, and that's everything this trailer is. I really like the premise of the film. It's a different idea from McCarthy's previous films, and puts her in a very different situation than she's used to. The supporting cast looks good, and Kristen Bell seems like she'll be great for McCarthy to play off of. I liked this trailer because it is everything that comes along with McCarthy's name. It's right in her wheelhouse. I am now very much looking forward to seeing this film. 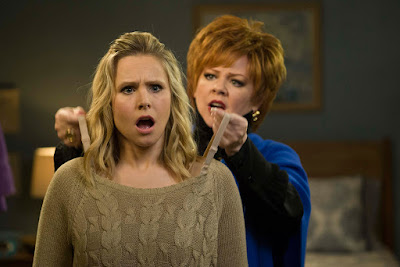 What do you think? Did you like the trailer for The Boss? Are you looking forward to seeing the film? Leave your thoughts in the comments section below.