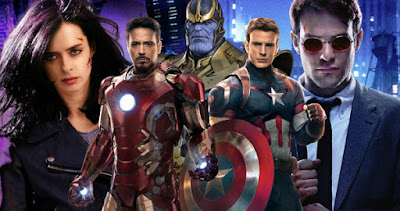 Ever since Marvel made their deal with Netflix, creating television shows on the streaming site for Marvel properties such as Daredevil, Jessica Jones, Luke Cage, Iron Fist and a crossover series called the Defenders, fans have been speculating that the Netflix heroes would appear in the movies. This was heightened when Daredevil was released in April, receiving an outstanding from both fans and critics, and Jessica Jones has done the same earlier this month. With such a great response, Marvel would be stupid to not use the Defenders, right? Right?

"The films are controlled by a group led by Kevin Feige, so they function as a unit. Other products, even if they are from Marvel, are controlled by others. Then there is the possibility of a crossover, but it's more complicated... Fox holds the rights to some of Marvel's most popular characters, as does Sony and others. As storytellers, we only have control over what happens in Marvel movies, but everything is possible. Spider-Man (whose rights were held by Sony) became possible!" 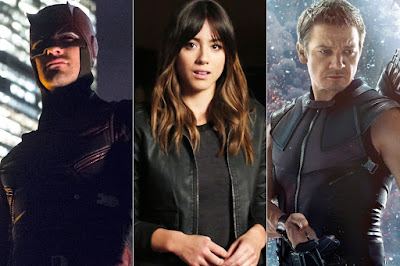 This simply confirms what I've been saying for a long time. None of the television shows will crossover with the movies. Not the Netflix shows. Not Agents of S.H.I.E.L.D. None of them. Why? Because compared to those who watch the movies, no one watches the shows. No one does. Sure, the nerds watch the show, but the movies aren't going for just the nerds. They need wide appeal, and to throw in characters that people in the audience don't know at all would make no sense. With Marvel's movie and TV universe, it's a one-way street. The movies affect the shows but the shows don't affect the movies. Not one bit. It's just the truth. And this is heightened by the fact that the movie and television divisions of Marvel are run by two totally different people. Feige runs the movies while Ike Perlmutter runs TV. There's already a separation, and it doesn't seem likely at all that a crossover would happen.

Now why would we want a crossover? Agents of S.H.I.E.L.D. is a sh*t show, so I want it nowhere near the movies. But what is the appeal of having the Defenders in Infinity War? They work great as a smaller scale, 13 hour long movie. Plus, on Netflix they're rated R characters. That transfer from a darker, grittier, R-rated world of the Netflix shows into the light, comical, PG-13 world of the Marvel movies would be a (no pun intended) stark contrast. I don't think it would adapt well. Plus, what's Daredevil, a non-powered hero, going to do against Thanos? Other than to just see them, they would really add nothing to the movie. 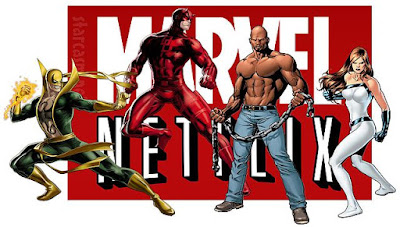 I watched season one of Daredevil and loved it. I am almost done with season one of Jessica Jones, and it is also fantastic. These are great shows and even though they take place in the Marvel universe, they barely connect to the movies at all. The alien invasion from The Avengers is scarcely mentioned, and when it is it is referred to as "the incident". The Hulk or Thor aren't mentioned at all. They are very much separated, and it wouldn't make sense for the shows. Plus, these are very much grounded and street-level heroes. Daredevil fights a mobster. To suddenly see him on a distant planet fighting alongside the Guardians of the Galaxy against an army of aliens... it would be ridiculous and it would be demeaning to the character. The Defenders don't belong with the Avengers.

So I totally buy Anthony Russo's comments. It just makes sense. Don't put apples and oranges in the same bin. They may both be fruit, but they are not the same thing.

What do you think? Do you agree with Anthony Russo's comments? Should the Netflix Defenders be in Avengers: Infinity War? Do you want a crossover? Do you like the Netflix shows? Leave your thoughts in the comments section below.