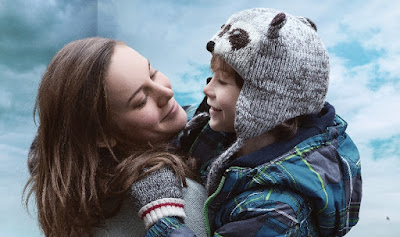 With 2015 coming to an end, this is probably my last review of the year. And what better film to cap off such a fantastic year in film than Room. This movie has been getting accolades as being one of the best films of the year. I have heard nothing but rave reviews for this film, and only one theater was playing it anywhere near me. So I went and sat in the smallest, most cramped theater I had ever been in. And I was really annoyed, questioning why I even went. But as soon as the first frame of the movie appeared on screen, I forgot about all of that and was glued in. And my attention never dropped until the screen went dark. Room is truly a tragic but beautiful film.

Room focuses on Joy (Brie Larson) and her son Jack (Jacob Tremblay), who are trapped in a room. In reality, they are locked in a shed by a man they call Old Nick (Sean Bridgers). But to Jack, this is his entire world, his whole life. After a strategic escape plan, Joy and Jack are free in the world, and Jack must discover an entire planet he's never known nor experienced. And what Room really is, is a look at the bond between a son and his mother. 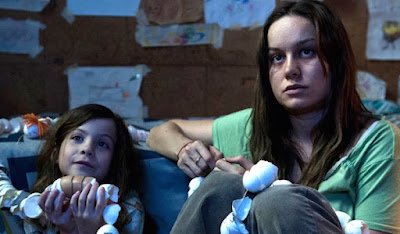 Everything about Room is incredible, from the screenplay to the direction to the performances. I walked in expecting Brie Larson to give a power-house performance, which she does. But she istotally upstaged by Jacob Tremblay. 2015 will go down as the year that had two of the best child actor performances ever, from Tremblay and Abraham Attah in Beasts of No Nation. Tremblay brought a reality to the character, to the point where I even didn't think he was acting. He simply became his character. That is a feat to be praised for an adult, let alone a child. Tremblay will grow up to be a brilliant actor; I can tell already. I am willing to bet money that he will get a Best Supporting Actor nomination, because he was absolutely incredible in this film!

Brie Larson is really the rock of this film. She anchors the situation, and helps Jack understand a world he has never laid eyes upon before. But there are cracks in her armor, and Larson brings them about in the most subtle of ways. Whether it's a look or a glance, we see a woman who is scared sh*tless, but is having to be strong for the sake of her son. While Tremblay's performance as Jack stole the movie, Larson carried the film. 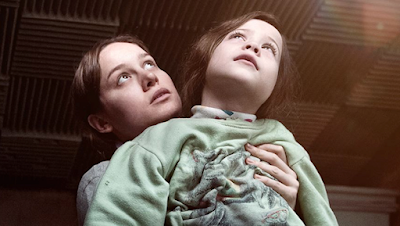 Really, this movie is told through Jack's eyes, from his perspective, and that is realized through the direction by Lenny Abrahamson. This movie deals with strong and mature subjects such as abuse, rape, mental degradation, but Abrahamson handles it in such a way that we're engaged in the story. Sure, we're disgusted by what's going on, but it doesn't ruin the experience of the film. Rather, it increases our investment in the two main characters. There is never a scene in this movie that Jack isn't apart of, and that is because we really are experiencing this film through his eyes. When he sees the blue sky or feels the grass between his toes, you connect and feel that too. Not only is that the strength of Tremblay as an actor, but the skill of Abrahamson as a director.

The screenplay itself is marvelous. It is a brilliantly crafted story, written by Emma Donoghue, who also wrote the book of the same title that this film is based off of. Donoghue wrote this screenplay excellently. There were so many parts where she could have beaten you over the head with explanations and exposition, but instead left many things to be inferred or suggested. The narration by Tremblay was perfectly written, and it helped us understand his situation and perspective even more. This movie's strongest suite was the relationship between Jack and his mother, and that unbreakable bond. The performances brought it to life, and the direction guided it, but it all began with the screenplay. 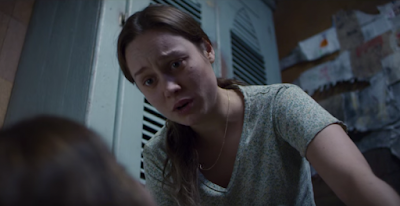 I have very few complaints with the film. I thought that the way in which Joy was rescued was overly convenient, and there were certain elements of Jack's discovery of the world that should have been more impactful than they were, specifically when he looked into a mirror for the first time. Those select moments should have had bigger ramifications than they did, and it seemed like missed opportunities. But other than those few, nit-picky things, I really don't have any problems with this movie.

Overall, Room is a masterpiece of a film. The acting, directing and writing all work in unison in order to give us a tremendous movie that speaks to you. I was utterly moved by this film's complexity and the strength in bond between a mother and her son. The writing by Emma Donoghue was excellent, and cemented the humanity of this film. The direction by Lenny Abrahamson worked to tell this story from Jack's perspective and helped balance the movie as to not over-burden the viewer. The performance by Brie Larson anchors the film, while Jacob Tremblay steals it and entirely knocks it out of the park. The Oscars will hopefully look favorable upon this film, as it is definitely one of the best of the year and worthy of as much gold as it can get. 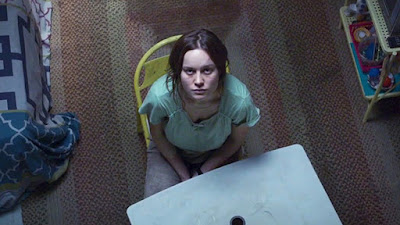 What do you think? Have you seen Room? Did you like it? Leave your (spoiler-free) thoughts in the comments section below.