Alan Rickman Passes Away at Age 69 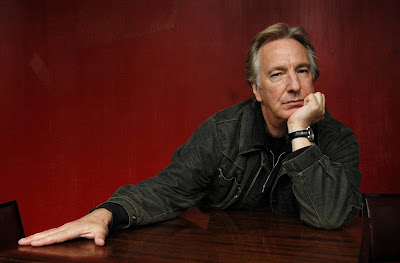 This is a sad one. In the same week that music icon David Bowie passed away, Harry Potter and Die Hard actor Alan Rickman has passed as well.

He was born on February 21st, 1946 in London. Rickman started out doing stage theater, even starring on Broadway. He then branched out into film, where his first film role was playing the villianous Hans Gruber in the 1980's famous action movie Die Hard. Many will argue this to be one of the best villain performances of all time. For me personally, Rickman will always be Hans Gruber, a cunning and slimy terrorist who is intelligent enough to talk his way out of any situation. He was a fantastic antagonist. He went on to star in other films such as Galaxy Quest, Alice in Wonderland and the Harry Potter franchise.

Rickman will be remembered for his deep voice and powerful presence. He controlled the screen whenever he popped up. He was very talented, and unfortunately was never truly recognized for it. He won a Golden Globe in 1997 for starring in the TV movie Rasputin. However, he was never nominated by the Academy for his work. Despite that, Rickman will be honored and remembered for being a brilliant actor. This is a true loss for everyone. Rest in peace, Alan Rickman. 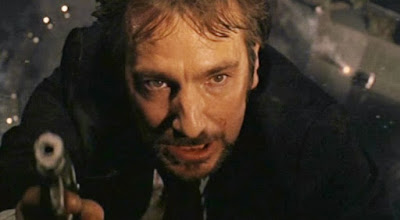 What do you think? What was your favorite performance by Alan Rickman? Will you remember him more as Hans Gruber or Professor Snape? Leave your thoughts in the comments section below.