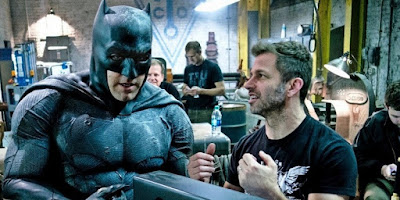 It's weird to think that we're only a couple months away from Batman v. Superman: Dawn of Justice. The film is one of my most anticipated movies on this year, and is also a big stepping stone for DC. It's the launching pad for their new cinematic universe, and has a lot hinging on its success not just financially, but critically as well. Since the film's announcement just a couple years ago, there has been a lot of love and high expectations. However, with the release of the latest trailer (which you can see here), many criticisms have arisen. Specifically, people feel that the trailer spoiled too much of the movie, and ruined a lot of the excitement. I wrote a whole editorial on whether the trailer actually spoiled the movie, which you can read here. But regardless if it did or not, excitement for the new film has dwindled a bit.

In response to the trailer criticisms, director Zack Snyder has commented, saying that there's still plenty of surprises to come:


"I have the benefit of seeing the movie. It's cool that (fans) think it's too much, and I appreciate people not wanting to know, but there's plenty that they don't know. There's a lot of movie that's not in the trailer."

"You design the movie as a story that evolves as you watch it, so moment-to-moment (you're thinking), 'Oh my God, what's going to happen next? Are they gonna live? Are they gonna die?' So you want that experience for the audience, as much as you can. I want people to see the movie without knowing."

This is relieving to hear. Of course, he could just be saying this, but I'm taking his word for it. Just because we saw Batman (Ben Affleck), Superman (Henry Cavill) and Wonder Woman (Gal Gadot) fighting Doomsday doesn't mean that's entire film. It could very well be, but I'm still expecting plenty of surprises and twists in the movie. Remember when we saw the trailer for The Martian, and everyone was in uproar that they spoiled the whole movie, and it turned out that wasn't necessarily the case. So I'm choosing to keep up my optimism. That fight could very well end up being the second act, and not the climatic third act battle everyone is thinking it is. 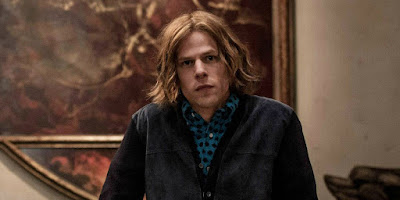 However, one element of the movie I have had legitimate concerns with has been the portrayal of Lex Luthor (Jesse Eisenberg). In what is a very serious movie, he has come off in the trailers as overly goofy and cartoonish, and I have been afraid that he would ruin the movie. Snyder also commented on the backlash against Eisenberg, saying:

"In the trailer, of course (Lex Luthor) comes across in a very specific way. In the movie, he's like a million times more sophisticated than what you get in 30 seconds. But that's also the fun of it. That's why you go to the movies, so you can actually see the context and understand the depth."

I hope Snyder is right now this part. I have pretty much hated the portrayal of Luthor up to this point. If there is more to this character in the film that we're not getting in the trailers, then I think the marketing people are at fault. Sure, they want to keep Luthor a mystery, but they're really making him come off as such an awful character, like they're taking him straight out of Batman & Robin. They should either be showing this other side of the character, or not show him at all in the trailers, because this is causing a lot of people to turn on not just the character, but Eisenberg and the movie as well. Still, I am glad that this cartoon character is not all we're going to see of Luthor in the movie, but that he'll have a different side to him. I'm anxious to see that played out in the film. 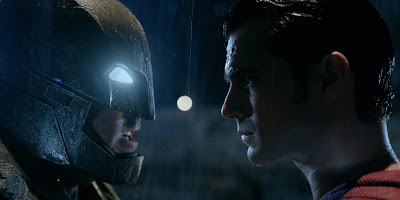 What do you think? Did you not like the latest trailer for Batman v. Superman: Dawn of Justice? Are you relieved at all by Zack Snyder comments? What do you think about his comments on Lex Luthor? Are you excited to see Jesse Eisenbeg's performance? Leave your thoughts in the comments section below.