Food for Thought: Could 2016 Be the Defining Year for the Comic Book Genre?

In this installment, we will talk about whether 2016 could be the defining year for the comic book movie genre. 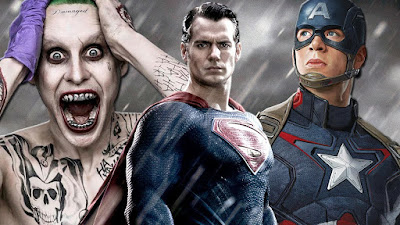 Deadpool. Batman v. Superman: Dawn of Justice. Captain America: Civil War. X-Men: Apocalypse. Suicide Squad. Doctor Strange. Maybe probably not Gambit. What do all of these films have in common? For one, they are all comic book movie adaptations, but they all come out this year. 2015 was the golden year for movie franchise resurrection. Long dead franchises such as Jurassic Park, Mad Max, Rocky and Star Wars were revived with new films that brought about new excitement and new revenue. Looking into 2016, this year will prove to be the year for comic book movies. Six comic book movies are being released in 2016, which will be the most to have ever been released in a single year. But the ginormous gravity of this situation is not just in the sheer number of films, but in what these films represent for the future of the comic book movie genre.

Since comic book movies met their clear resurgence with X-Men in 2000, many have predicted their eventual end. Yet, sixteen years later, not only is the trend still in existence, but it is thriving. Comic book movies are among the highest grossing films of every year, and also some of the best critically reviewed. The stigma that comic book movies are solely brainless, popcorn flicks made only for nerds has been entirely disproved at this point. Films like The Dark Knight, Captain America: The Winter Soldier, The Avengers and X-Men: Days of Future Past sit on Rotten Tomatoes at 94%, 89%, 92% and 91% respectively. What has been vital to the continuous success of comic book movies is their quality, and in the past few years we have seen them rise to achieve a certain level of excellence. 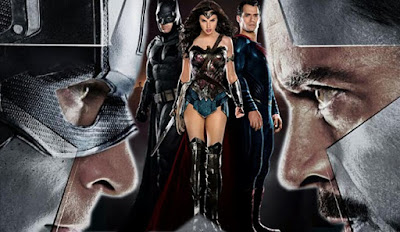 So with six major, big budgeted comic book movies coming out this year, studios are making a point. Comic book movies aren't just a visitor; they are taking over the spare room and are now sprawled out in your living room in their underwear. This is their year of dominance. But the question isn't whether these movies will be successful, because we know they will. Regardless of their quality, these movies will make hundreds of millions of dollars, and some may make into the billions. The question isn't whether these films will be good, either. Some of these movies have higher stakes in regards to quality, and others are more safe. The question is whether this one year will serve to define the genre indefinitely, and I contend that it will.

What have studios been seeing these past fifteen years? People like comic book movies. As long as they are good films, people will go out in droves to see them. Slowly, studios have been testing the waters to see the limits. Marvel put out Guardians of the Galaxy and Ant-Man, two practically unknown and almost laughable concepts that have become highly profitable franchises. X-Men: Days of Future Past introduced ideas such as time travel that may have been lost on the general audience, but were instead met with praise. With comic book movies now a proven success, both critically and financially, studios are ready to go into phase two of the comic book movie take-over, which begins with this year, 2016. 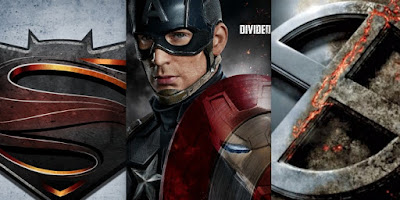 2016 will be a big year, in case I haven't stated it enough. Batman v. Superman will be the true launch of the DC Cinematic Universe, and will be the gateway into their next few films, such as Wonder Woman, Aquaman and Justice League. At the same time, Suicide Squad will be DC's answer to Marvel's Guardians of the Galaxy, and will see them roll the dice a bit. Civil War will see Marvel throw everything they have into one movie, and introduce several key new players, such as Black Panther (Chadwick Boseman) and Spider-Man (Tom Holland). They will also be adding a new perspective with Doctor Strange, as the idea of mysticism and magic is introduced. X-Men: Apocalypse will be conclusion to the latest X-Men trilogy, while also planting seeds for their films going forward. Deadpool will seriously shake things up as the first R-rated comic book movie of the new age, and will see whether a studio can still make money with edgier content.

But while these movies are vital to each of their own studios and cinematic universes, they also are vital to the genre of comic book movies as a whole. Like I said, now that they are a proven success, studios are rolling out the comic book movies. The key is if they succeed critically as well as financially. Batman v. Superman will probably break $1 billion dollars regardless of its perception, but if people hate it then DC will be forced to re-evaluate their upcoming cinematic universe. If Deadpool fails bitterly, then we won't see studios take nearly as many risks as they've been warming up to doing. If these movies fail to hit the mark with audiences and critics, then this could be the defining year for the comic book genre, but in the worst of ways. 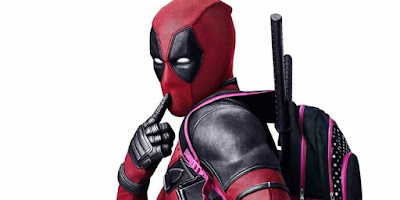 In the end, 2016 is an important year for comic book movies. It will be the most comic book films released in a single year, and each have their own precedence and ramifications. Studios will be watching this year anxiously to see how to proceed with their plans. Right now, both DC and Marvel have plans to 2020, and Fox and Sony both have definitive plans for their properties. If 2016 fails to be a good year for these movies, then those plans will be altered. But I think these will turn out to be excellent films. Maybe I'm being too optimism, but I think 2016 has the chance to become one of the best years for comic book movies, and will cement the genre as a definitive player at the movie theaters, at least for the next several years.

What do you think? Is 2016 a significant year for comic book movies? Could it be the defining year for the genre? Which of these films are you looking forward to most? Leave your thoughts in the comments section below.