Fast and Furious 9 and 10 Get Official Release Dates 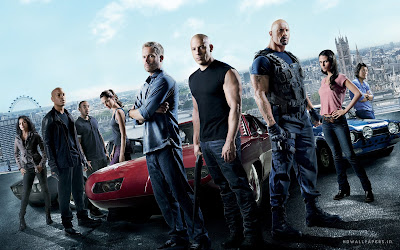 The Fast and Furious franchise has been one hell of a thrill ride, but really only as of late. I have only seen the past three films, and still regard Fast Five as the best of the bunch. It was when the series really decided to go for the full-out, ridiculous action that fans love it for now. Last year's Furious 7 was the accumulation of what this franchise is all about: heart-pounding insane action with heart as well. The passing of Paul Walker was tragic, and the film dealt with it in the best and most beautiful way. Of course, we all knew that the films would go on without Walker, but Furious 7 retired the character in the best way possible.

With Furious 7 making $1.5 billion dollars at the box office, more sequels were guaranteed. We knew an eighth film was on the way, and more were suspected, but it was unknown just how many more films were on the horizon. Now, we know for at least the near future. The release dates for an eighth, ninth and tenth installment have been announced: 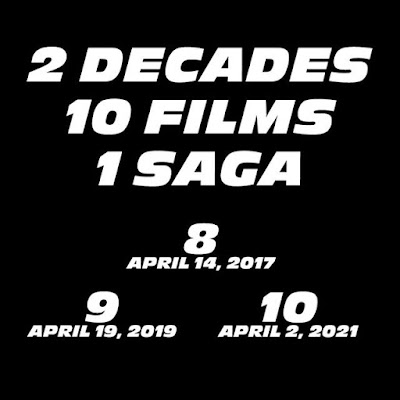 I think it's great that Universal is getting this all out of the way now. Just announce your dates and move ahead with it. What's interesting is that it looks like this could be the end of the franchise. I'm sure come 2021 when Fast and Furious 10 makes billions at the box office, Universal will reassess that conclusion, but from the looks of it it seems like this is their set end from the franchise. Like I said, I don't think it will be the end. They could recast the roles and move ahead with the franchise from there after 2021, because I find it hard that Vin Diesel and Dwayne Johnson and the other cast members would want to return after playing these characters for ten films. But who knows. Money can convince anyone. It's exciting to see that we're getting at least three more films, but it's a little early to start predicting how much longer this series will continue on for.

What do you think? Do you like the Fast and Furious franchise? Are you glad we're getting at least three more films? Do you think the franchise will recast after, keep going with its current cast, or simply end? Leave your thoughts in the comments section below.