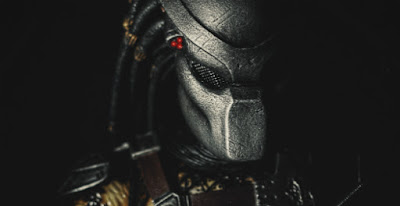 A little while ago, we heard that Iron Man 3 and this year's The Nice Guys director Shane Black would be directing a new Predator film, initially reported as a reboot. But since then, Black has said that it wouldn't be a reboot, but would rather "continue the mythology" of the series. I was honestly more excited for a reboot of the series, and taking us back to the monster in the jungle. Maybe starring Dwayne Johnson? But that's beside the point, as that is not the film we're getting. I'm just not exactly sure what mythology they would be building on, as we know virtually nothing about the Predators themselves. But while we don't know much about the project other than the small tidbits Black has dropped, we now know the title of the film.

The Shane Black film will be going by the very original title The Predator, and a teaser image was released to coincide with this annoucenment: 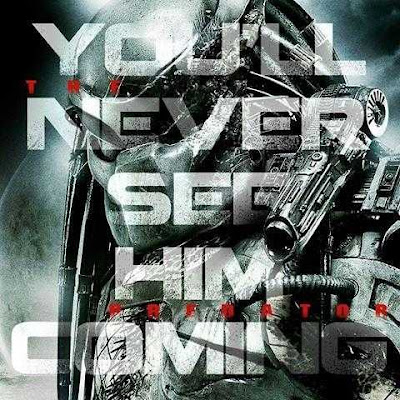 The tagline is immediately reminiscent of Ben Kingsley's line in Iron Man 3, and actually fits this property well. I really like the original Predator film, so I'm excited to see them try to build on this franchise. I'll have to wait to see and hear more about the movie before I'm entirely sold on it. There are so many ways to make a good movie, and an equal amount of way for it to fail. These
Predator films haven't necessarily had a great track record, so hopefully Black can recapture the grittiness and the fun of the original Arnold Schwarzenegger film. And I do hope he has a small, insignificant cameo that would be a nice nod to the fans.

What do you think? Are you looking forward to Shane Black's The Predator? Do you like the new title? Where could this franchise go? Leave your thoughts in the comments section below.