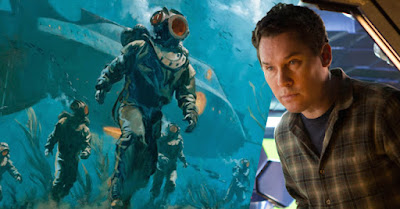 Bryan Singer, who has been shepherding the X-Men universe for close to two decades, said a while ago that he had co-written a script and had plans to direct an adaptation of 20,000 Leagues Under the Sea. Though with his duties to X-Men, it wasn't known when exactly Singer would squeeze this film in. However, we know now that Singer is officially set to direct them film. When the movie will come out or when production will start is still up in the air, but Singer is officially at the helm of this project. I'm excited. I don't know very much about the source material itself, but it sounds like it could be a cool underwater epic. Needless to say, I am very excited to see what Singer does with this property. It has a lot of potential. 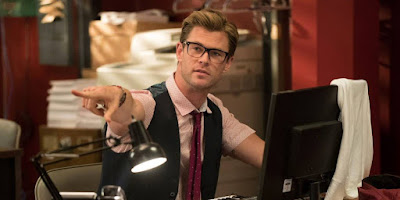 With the all-female Ghostbusters reboot coming this summer, we still know very little about the movie. We have yet to see a trailer, and all we know about the movie is a few officially released pictures and some set pics. Other than that, this film is a complete mystery. One thing we do know is that Chris Hemsworth will be playing the secretary. Since this was announced, I absolutely loved the idea of Thor being the secretary for a group of badass women. It sounds awesome. And now, we have our first look at Hemsworth in costume. I think he looks great. It seems like he'll be a classic nerd, and seems to have put off a lot of his muscle. I really hope he doesn't get in on the action, because his role has a lot of comedic potential. 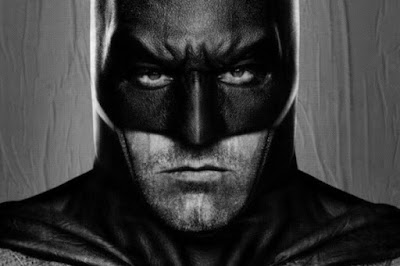 Going into Batman v. Superman: Dawn of Justice, one question has been what Batman's new theme will be. Hans Zimmer created a brilliant score for The Dark Knight Trilogy, and after he composed the score for Man of Steel, it was unknown whether Zimmer would do a new score for Batman, or what would happen. Then, composer Junkie XL came on board, and it was announced that he would be doing the new theme for Batman. And now it's available online. Junkie XL posted the new theme, which you can listen to here. I really like it. It sounds a lot like Batman. I don't think it comes anywhere near the brilliance of Zimmer's Dark Knight theme, but I think this will serve as a decent replacement. I am interested to see it in the context of the film.

Everything Wrong With Fantastic Four, courtesy
of CinemaSins