Over the years, Pixar has had so many great hits. From Toy Story to Monsters, Inc., it seems like almost every single on of their films has been regarded as one of the best animated films of all time. And Finding Nemo is no exception. It is a beautiful film about love, family and determination. It is filled with great humor which is delivered by a great voice cast. It's a heartwarming film that does touch on some dark and heavy subjects in such a great way. So when I heard that a sequel, to be called Finding Dory, was in the works, I was mixed. On one hand, it's a story that could definitely be continued while it simultaneously seemed like a cash-grab. I've been reserving judgment for a trailer, which we now have.

I'm not really considering the previous teaser trailer, because we got barely anything from it. This is the first true trailer. And I'm still mixed on it. The animation is as beautiful as ever, and it picks right up where the first one left off in 2003. It has a similar feel as the first one, but the humor didn't strike me the same way as it did in the original. It feels like it's apart of the same universe, that it's trying to have the same feel as the first, but it doesn't actually have it. I hope that changes once I see the film. So as of right now I'm still not entirely sold. I'm still holding out hope. Pixar rarely fails, so there is a great chance this could be awesome. They did knock it out of the park last year with Inside Out. So I guess we'll just have to wait and see how it turns out. 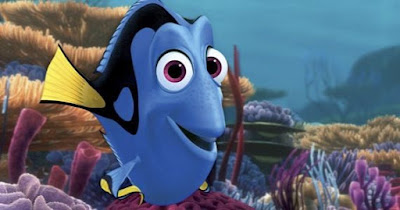 What do you think? Did you like the trailer for Finding Dory? Are you looking forward to seeing the film? Leave your thoughts in the comments section below.