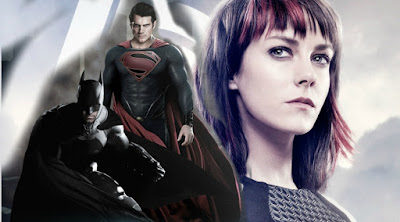 With news that there would be an R-rated director's cut of Batman v. Superman: Dawn of Justice (read about that here), a big question has been what the difference will be between the theatrical cut and the "ultimate edition". Well now we know one distinct difference. According to reports, actress Jena Malone has been cut from the theatrical cut of the film, but will be in the extended cut. However, we still don't know who she will be playing. Director Zack Snyder was quick to dispel rumors that she would be playing Robin or Batgirl. At this point, I don't know who she is. I don't think she is necessarily playing an R-rated character, but rather she has a minor role and they needed to ax her for the theatrical cut. But it will be interesting to see who she ultimately is. Maybe simply a cameo for a future role? 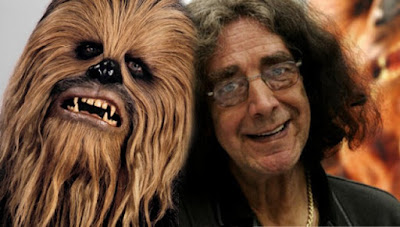 Who shot first? For Star Wars fans, this is a key question. Fans of the original trilogy (and theatrical cuts) will say it was undoubtedly Han Solo (Harrison Ford), while younger fans will say they shot at the same time. George Lucas has tried for close to twenty years to say that Han did not shoot first, but now the truth has come out. Chewbacca actor Peter Mayhew has stated that in the original screenplay it clearly says that Han shoots first. Look, I think we all knew Han shot first. He did in the theatrical cut, and that is the cut that fans have loved for so many generations. But it is good to know that Lucas even knew Han shot first at one point, even though his disavows it now. 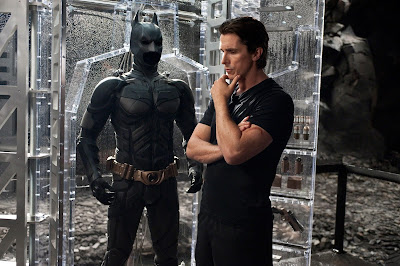 As we draw closer to seeing Ben Affleck's take on the Caped Crusader in Batman v. Superman: Dawn of Justice, it is interesting to reflect on Christian Bale's time as the character. While many will contend it was a great run (and I think it to be the best telling of the character to date), Bale apparently was not overly impressed. In a recent interview, Bale said he didn't think he accomplished all he wanted to with the character, and that he lives in the shadow of Heath Ledger's Oscar winning performance as the Joker in The Dark Knight. I personally thought Bale was terrific, but I can see where he is coming from. Everyone looks at Ledger in that film, and rightfully so. But I think his performance will stand the test of time as one of the best superhero performances in film.

Everything Wrong With Mission Impossible:
Rouge Nation, courtesy of CinemaSins

Top 10 Movie Villains That Deserve Their
Own Movies, courtesy of WatchMojo