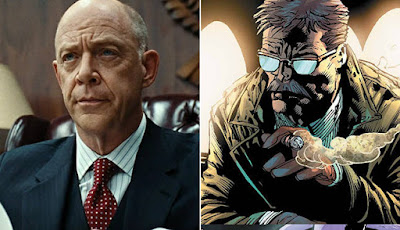 It was announced this week that Oscar winner J.K. Simmons will be playing Commissioner Gordon in the upcoming Justice League Part One, and going forward in the DC Cinematic Universe. Simmons famously (or shall we say, infamously) played J. Jonah Jameson in Sam Raimi's Spider-Man trilogy, and won his Oscar for Whiplash. He is an incredible talent. He wasn't necessarily my first pick for the role, but I know he is a tremendous actor. I am sure he will do the character justice (no pun intended). This is going to be especially hard, since Gary Oldman nailed the character in Christopher Nolan's The Dark Knight Trilogy. But like I said, I have faith in Simmons and I think he will do great! 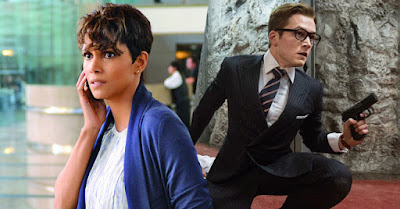 It is being rumored that Oscar winner Halle Berry is being considered to play the head of the CIA in Kingsman 2. It has already been said that the sequel to the hit 2015 film would explore the American spy agency, and Berry would fit in perfectly. We already know from her role as Storm in the X-Men films that she can do action well, and it would bring some diversity to the film. Other than Gazelle (Sofia Boutella), there weren't many prominent female characters, so Berry can definitely help in that department. She is a really good actress, and I think this type of role could really work well for her. Like I said, it was a rumor, so this isn't confirmed. But I do hope that it works out. 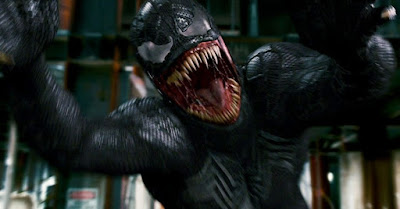 It was announced this week that the Sony Venom spin-off film, that was being developed previously but was dropped when Sony and Marvel made the Spider-Man deal, is now back on the table. It's unclear whether Alex Kurtzman will return, or if any of his ideas will translate to this film. But it is being said that this will not connect much to the Spider-Man films, that start next year. I really love the character of Venom. Spider-Man 3 may have butchered the character, but he looked fantastic. I think he would serve well as an anti-hero, but I think you need to introduce him first in a Spider-Man movie and then spin him off. And I don't think he will be the villain of the 2017 film. You can do a lot of things right with Venom, and he's a great character, but I really think he needs to start first with Spider-Man, because the two are so intertwined.

How Deadpool Should Have Ended,
courtesy of HISHE