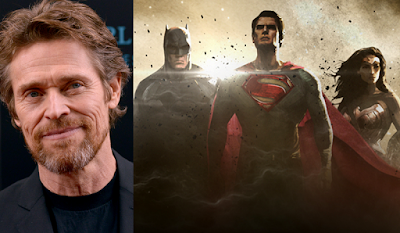 It was just yesterday that I published an article where J.K. Simmons talked about his role as Commissioner Gordon in Justice League, which you can read here. Simmons famously played the motor-mouthed J. Jonah Jameson in Sam Raimi's Spider-Man trilogy. However, it looks like Simmons won't be the only actor from Spider-Man to join the DC Cinematic Universe. It has been reported today that Willem Dafoe, who played the Green Goblin in Spider-Man, has joined the cast of Justice League. However, it is not known who he will be playing. All that was said was that Dafoe will be playing a "good guy".

I don't have any speculation as to who Dafoe could be playing, but I think he is a great addition. Dafoe is a great actor, and was obviously great as the Green Goblin. Since then he has had several supporting roles, more noticeably in Keanu Reeves' action film John Wick. I think he is a great actor, and will be a fantastic addition to the film. Now I want to know who he will be playing. He could have made a great bad guy, but it will be interesting to see him as a good guy. So why is his role a secret? When they announced Simmons, they came outright and said that he was Commissioner Gordon. So why the secrecy? Could Dafoe's character be a spoiler that the filmmakers don't want us knowing yet? Is he an actual superhero, or is he an ally to the League? It looks like we won't learn any of these answers any time soon. 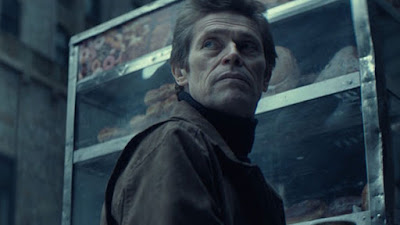 What do you think? Are you happy that Willem Dafoe has joined the cast of Justice League? Who could he be playing? Leave your thoughts in the comments section below.