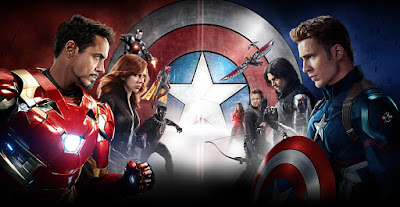 Captain America: Civil War is right now in contention with Deadpool for being my favorite movie of the year. It was just an awesome movie to watch, and a fantastic theater experience. It satisfied every desire I had, and that airport battle is just so f*cking awesome! You can read our full review here. Since its release a few weeks ago, it has been breaking records left and right. People have said that this film is a disappointment box office-wise, but that's because they're judging it as if it were an Avengers movie. Compared to the previous two Captain America stand-alone films, Civil War has done outstanding! It made more in two weeks than what Batman v. Superman: Dawn of Justice made in five, and it's kept on going. And now we can officially say that Captain America: Civil War has crossed $1 billion dollars at the worldwide box office!

This isn't really overly surprising. Ever since its opening weekend numbers came out, and worldwide it had already made something like $600 million, I knew this would break a billion. And how could it not? It's essentially Avengers 2.5, cast-wise that is. Right now it stands at almost $1.1 billion, and I think it will definitely overtake Marvel's highest grossing stand-alone movie, Iron Man 3, which sits at $1.2 billion. I'm sure it will top that and become the new biggest solo outing for Marvel. Iron Man 3 is in tenth place for the list of the highest grossing films of all time, and I think Captain America: Civil War will definitely make it onto the top 10. Now does it have a shot of beating out Avengers: Age of Ultron at $1.4 billion for the number seven spot? I don't know. If it does, it won't make much more than that. This weekend it dropped to second at the box office, making just over $30 million. That's still very impressive for a third weekend gross, but X-Men: Apocalypse is just around the corner and will take a big bite out of the remaining audience for Civil War. I think it has the potential to be up there with Ultron, but I'm not positive. I have no reservations that it will top Iron Man 3, however. 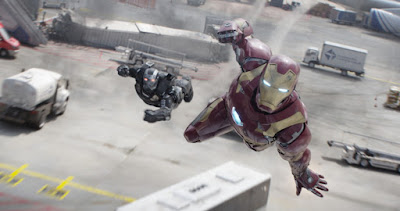 What do you think? Are you glad that Captain America: Civil War broke a billion dollars at the worldwide box office? How far will it go? Can it beat out Iron Man 3 and Avengers: Age of Ultron? Leave your thoughts in the comments section below.