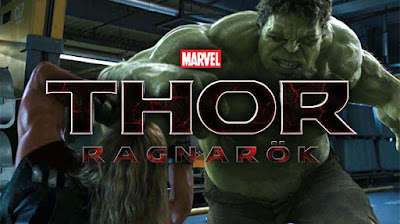 Out of all the new upcoming Marvel movies, the one we know the least about is Thor: Ragnarok. We knew that Mark Ruffalo's Hulk would have a substantial role, that Cate Blanchett had joined to play the villain, and that previous love interest Natalie Portman has been bumped in favor of Tessa Thompson (Creed). Director Taika Waititi also joined to helm the project, in what was promised by Marvel to be Thor's (Chris Hemsworth) best and most epic outing. Other than that, not much has been known. But with the film gearing up to film in order to make its July of 2017 release date, more information has come out surrounding the film's characters and casting.

Blanchett has been confirmed to be playing Hela, who rules the underworld and will be Marvel's first female villain. Thompson will play Valkyrie, an Asgardian warrior who has had a history with Thor in the comics, and will likely become the film's new love interest. However, among the character announcements were the reveal of Jeff Goldblum and Karl Urban joining the film, who will play the Grandmaster and Skurge, respectively. I don't know much about the lore of Thor, so I am not overly informed on these characters. But Goldblum and Urban are great talents, and I am very excited to see them join this film. This kind of science fiction/fantasy style is a good fit for the two, and I think they will add a lot to the film. And once again, I am so excited to see Blanchett join the Marvel Cinematic Universe as a villain! I thought the first Thor was pretty good and I wasn't a big fan of Thor: The Dark World, but I have a lot of faith that Waititi can make Ragnarok an exciting film, and the best of the Thor trilogy. 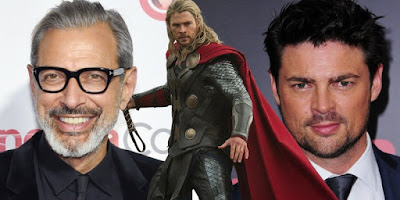 What do you think? Are you excited that Jeff Goldblum and Karl Urban have joined Thor: Ragnarok? Do you like the new characters added to the movie? Are you looking forward to seeing this film? Leave your thoughts in the comments section below.