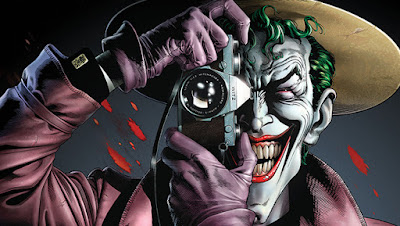 DC has really been on a roll with its animated films. Movie after movie has come out and has really knocked it out of the park. However, these films have been all direct to home video, which means I wouldn't normally review it. But in the case of Batman: The Killing Joke, it had a limited release in theaters, only two nights, and I got to go to one of these screenings. So I thought I would write up an actual review for it on the site. Going in, I liked the comic book as much as the next guy. It's a staple in Batman comic lore. And of course I was excited to see Kevin Conroy and Mark Hamill returning as Batman and the Joker, respectively. I walked into this movie really excited to see this adaptation, and I didn't walk away disappointed. Whenever this movie told the straight Killing Joke story, it was brilliant. The problems rose when they deviated from that.

The Joker (Hamill) breaks free of Arkham Asylum again, and Batman (Conroy) must track him down. As the Dark Knight puts his detective skills to work, we learn a little bit about the Joker's tragic past, as well as the demons that drive him. 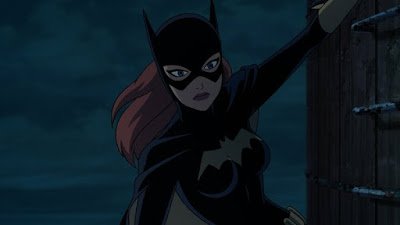 The Killing Joke comic book itself is rather short, so naturally they were going to add some new elements to make it a full, feature length film. Thirty minutes is added to the beginning, a new story which focuses on Batgirl (Tara Strong) and her complicated relationship with her crime-fighting partner Batman. Batgirl plays a very important, but minimal role in the Killing Joke story, so this prologue of sorts tries to flesh her out more as a character. I completely respect this decision, and it makes complete sense. I just wasn't thrilled with the execution. It was the right direction, just the wrong Batgirl story to tell. I don't think it fit tonally, nor quality-wise with the rest of the film. Had it been a short that opened before the main film, I probably would have liked it more. But as it was part of the movie, I didn't care for it. It just seemed like loose baggage. Again, it was the right decision to flesh Batgirl out. This was just the wrong story for it.

The actual adaptation of The Killing Joke story is about an hour of the movie, and this was the best part of the film. It was pretty much shot-for-shot, word-for-word from the comic, and it was great to see realized on screen. The voices of Conroy and Hamill were perfect to be saying these lines, and I wouldn't have wanted it any other way. This movie would not be what it was if not for those specific voice talents, considering their history with the property. In many ways, The Killing Joke felt like a tribute to Conroy and Hamill, in the best kind of way. 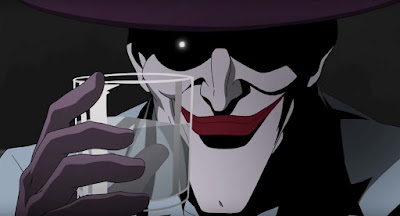 Director Sam Liu does a really good job at pacing the film. Sure, he had the comic book as a blueprint to how the story should be told, but just because something works on the page doesn't mean it can necessarily transition to the big screen. Liu did a great job in making sure the action went smoothly, and knew precisely when to cut to a flashback of the Joker. Really, this film stands out as a character(s) study. From Batman's monologue in Arkham to the very end, this movie studies the differences between the Joker and Batman, and questions how different they actually are. The ending also paints Batman in a different light than usual, which was refreshing to see. You'll know what I mean when you see the film for yourself.

Overall, Batman: The Killing Joke is a mostly faithful adaptation of the beloved comic book. Its shot-for-shot, word-for-word adaptation style will please die-hard fans, and works well as a feature film. The pacing is great, and makes for a compelling study of two ideologies. The opening prologue sequence was a step in the right direction, but was ultimately the wrong story to tell. The animation quality itself was also unfortunately 50/50. But the voice talents of Kevin Conroy and Mark Hamill propel the film, and make it a visceral experience to watch as a fan of the comic book. The Killing Joke may not be a perfect movie, but it's a great tribute to not only the Batman comics, but the long-lasting careers of Conroy and Hamill themselves. 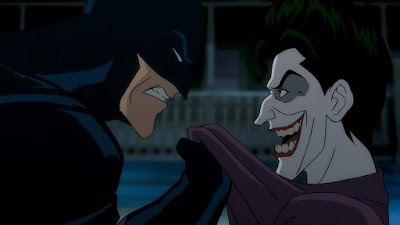 What do you think? Have you seen Batman: The Killing Joke? Did you like it? Leave your thoughts in the comments section below.