Doctor Strange is a fall movie release this year that I am really looking forward to. Benedict Cumberbatch was absolutely perfect casting as the Sorcerer Supreme, and with modern technology, there is so much you could do with this property. I really liked the first trailer. It definitely only teased the film, but it gave us a lot of insight on the character's background. But as to the dimension-bending madness, we only got a glimpse. But now a new trailer has been released at San Diego Comic Con, and it's full-length.

This trailer is awesome! We get a lot more of Stephen Strange's background, as well as a better look at the sorcery in the film. This trailer is pretty much an extension of the last, and it shows us so much more! While we don't get to see a lot of Doctor Strange in action, we are introduced to his world, and it all looks incredible. The special effects for this film look top-notch. We get a look (albeit brief) at Chiwetel Ejiofor, something we didn't get in the last trailer, and I think he will add a lot to the movie. We also get to see more of Mads Mikkelsen's villain, who I hope will be more than just a one-note antagonist. Overall, I really liked this trailer, and  I have very high hopes for this film. I think this movie could turn out to be something truly special. 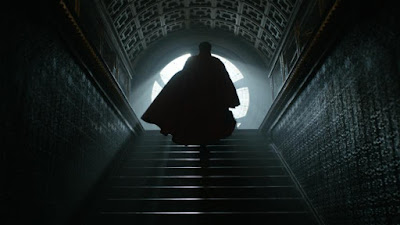 What do you think? Did you like the trailer for Doctor Strange? Are you looking forward to seeing the film? Leave your thoughts in the comments section below.