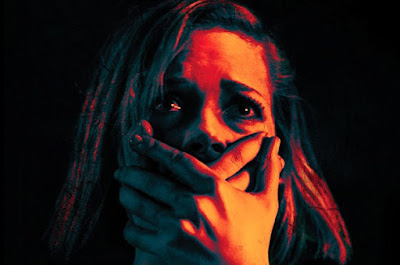 I have been really excited to see Don't Breathe. While the trailers were good but not great, the buzz surrounding the film has been outstanding. People have been raving about this movie, And I just have to say that this has been a great year for horror movies. We've had more good than bad, and that's really saying something. The Conjuring 2 was really good. Lights Out was good. And now we have Don't Breathe. Could it add its name to the list of quality horror movies? Could it top it? These were all questions I had going into my screening of the film. With an actor like Stephen Lang at the center of this movie, along with a fascinating premise, I thought this had all the makings to be a fantastic horror flick. And it is for the most part. Don't Breathe is a really good, tension-filled horror thriller, even if it doesn't propel itself into becoming great.

Three low key house burglars discover a blind man (Lang) living in his house with over $300,000 from a settlement. They decide to break in and take the money so they can each start new lives. But things quickly get out of hand when the blind man proves to be more than he seemed. 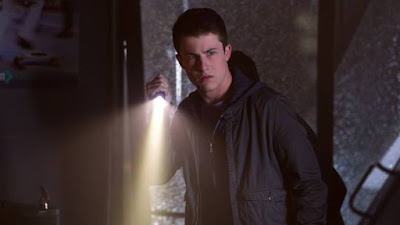 This movie is absolutely relentless. It quickly sets up its characters and then jumps straight into the plot. What this film does best is it carefully crafts an atmosphere that feels paper thin. It continuously builds this tension, and you yourself begin to feel unnerved. I attribute a lot of this to the directing. Fede Alvarez does a masterful job of maneuvering his way through this movie, making a small environment such as a house feel like an entire world. I really enjoy contained movies, where the characters are locked in a house or a building and they have to make do with the things surrounding them. And that's what Don't Breathe does. Our characters have to think and act using only the things they can find in this house.

The atmosphere wouldn't have been nearly as effective if it wasn't for the excellent performances. Jane Levy does a great job carrying the film, and Dylan Minnette and Daniel Zovatto are good in supporting roles. But Stephen Lang really steals this movie. He doesn't talk a lot during this movie, and when he does open his mouth it's mostly just grunts and murmurs. But he has such a presence surrounding him that you are genuinely scared of him. He has a "Oh sh*t" vibe to him. And it is effective. Without Lang giving a stellar performance, this movie falls apart because you don't buy into an hour and a half cat and mouse game with a blind man. But Lang absolutely sells it.

While the movie definitely plays into its premise, I do feel like it could have done more. They could have given us a couple more shots, that were maybe a bit more innovative, to let us better transport ourselves into this situation. Perhaps a shot of complete darkness with just sound effects. Or some closer, more claustrophobic shots. Just something else to make us relate to this situation a bit more. And I was expecting this movie to go further than it did. Don't get me wrong: what happens in the third act is absolutely disgusting and horrible, but I did think that they were going to push it further. And honestly, that's what stops this movie from being great. I wanted the revelation of why Lang's character was such a bad person to be more than it was, and the movie loses some of its punch when it doesn't deliver on that element.

Overall, Don't Breathe is a suspense-ridden, relentless home invasion thriller that adds itself to the list of great horror movies this year. I'd still put it behind The Conjuring 2, but ahead of Lights Out. Don't Breathe effectively builds a tension-filled atmosphere that feels like it could shatter at any moment, mainly due to Fede Alvarez's great directing. The performances from the main three actors are good, but Stephen Lang steals the film, and allows us to completely and wholeheartedly buy into this premise. However, I do wish this film gave us a little bit more in terms of camerawork in order to engage us a little more. I also wish the revelation of Lang's character was more than it was. But regardless, I found this to be an engaging, entertaining and gripping horror/thriller that is definitely one to check out. 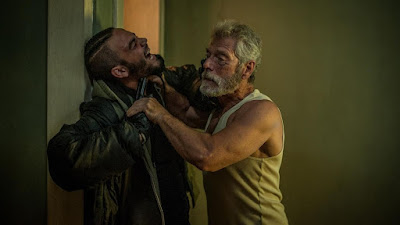 What do you think? Have you seen Don't Breathe? Did you like it? Leave your (spoiler-free) thoughts in the comments section below.