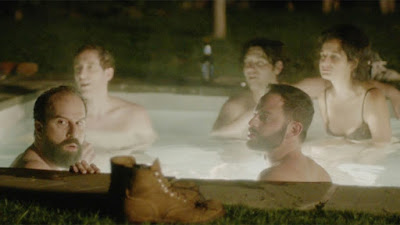 Seeing Joshy was a very last minute decision for me. I knew nothing about it. I never say a trailer. No posters. Nothing. I had never even heard of it. I honestly thought it was a fake movie when my friend first told me about it. But he really wanted to go see it, so I decided I'd just go with him. I can't say I had any expectations for it. I didn't want it to suck. That's about it. That was my only criteria. I just wanted to be entertained for an hour and a half. And I can honestly say Joshy did the trick. This film works well as a comedy, but has something not a lot of comedies have, which is an emotional core and relatable characters.

After suffering a terrible tragedy in his life, Joshy (Thomas Middleditch) is brought out to a wood cabin by his friends in order to cheer him up, and try to get him back on track. But while they're out there, they all individually discover and work on their own problems. 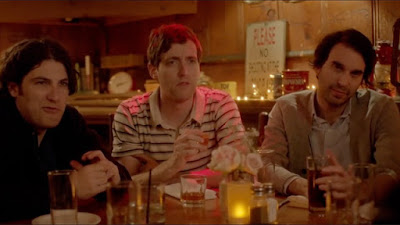 This is a very non-traditional comedy. It doesn't follow the mainstream formula, or even go for mainstream jokes like pop culture references. It's hard to explain, but it has a very independent feel to it, which it is. It's an independent comedy, and it shines through. Sometimes it reaches too far and the jokes are too obscure that it's lost on the viewer, but for the most part it works. Not a ton of it is laugh-out-loud comedy, but it was enjoyable banter to watch on screen. There was a levity on screen that I was able to immerse myself in. But it has a very emotional core to it, and it's that core that makes this stand above other comedies. It's not just shallow laughs, but it's comedy on top of drama, with makes the comedy even more rich.

Joshy is also a very well acted film. Middleditch is great as the lead, and the supporting cast of Adam Pally, Alex Ross Perry and Jenny Slate are all really good. But Nick Kroll and Brett Gelman stole it for me. Their comedy worked really well, and they had the most laughs in the film. But I think what made me like this film the most is just how much fun it is. These actors all have great chemistry together, and it's fun to just see them hang out. They screw around, get drunk, do drugs-- and it's so entertaining to watch. But like I said above, none of this would be as good as it is if it wasn't for the fact that it has that emotional core that anchors the movie. It makes it more than a shallow comedy, but a comedy with a purpose. 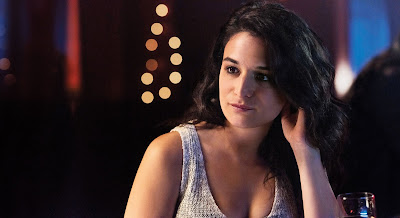 However, not all the jokes in this movie lands. There are many times that scenes and jokes just keep running and running, and it feels like a bad SNL skit that they just keep running with. This doesn't pollute the film, because there is great humor in it. But the times when this happened really weighed the movie down as a whole. Also, there weren't any true stand-out moments. In all the great comedies, there are quotable lines or stand-out scenes that you'll always think of when you think of that movie. We don't have that with Joshy. I can't quote anything from it. I can't tell you about that scene. It just doesn't have it. Not every movie needs it, but Joshy succeeded in so many other departments, that it would have been great to have that included.

Overall, Joshy was a really well done comedy. It had great comedic moments, but it was mostly just fun and entertaining to see the banter between all the friends and the craziness that they get themselves into. This movie has a great emotional layer that grounds the film, and makes it even more meaningful, which is something that is really lacking from comedies these days. It's truly a comedy with a purpose. The performances all around are great, but Nick Kroll and Brett Gelman steal the film. However, sometimes the jokes don't land, and it feels like bad improv. The movie also could have used some more great lines and truly laugh-out-loud moments. But overall, Joshy succeeds at being a warm movie that shows why comedies need to have more depth and emotion to them. 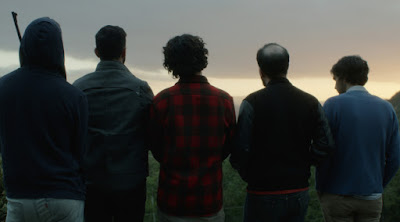 What do you think? Have you seen Joshy? Did you like it? Leave your (spoiler-free) thoughts in the comments section below.