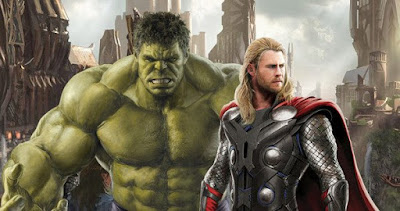 Coming out of San Diego Comic Con, one of the more interesting developments was our brief look at Thor: Ragnarok. We got to see the Planet Hulk gladiator armor (which you can see here), and fans in Hall H got to see a sizzle reel. The movie hasn't been filming for very long, so it wasn't surprising that a full trailer was not released. But fans did get to see a mixture of pre-vis shots, concept art and unfinished effects, in order to get a sense of where this movie is going. But now more interesting information has come out of the film, in the form of the announcement that Mark Ruffalo, who plays the Hulk, has wrapped on the movie.

This film was described from the beginning as almost a buddy-cop film with Thor (Chris Hemsworth) and the Hulk, so it's surprising that Ruffalo has wrapped this early. This can mean either two things: either the Hulk is not nearly in as much of this film as we thought, or Ruffalo has wrapped the Bruce Banner scenes and the Hulk in the movie will be entirely digital. It's certainly possible that the Hulk has a small role in the movie, but I don't think it's likely. Marvel has been hyping the Hulk in Ragnarok for a while, so it doesn't sound right that he would only have a minimal role in the film. Instead, I believe it's the latter. However, Marvel has always used Ruffalo to do motion capture to portray the Hulk, so it doesn't make sense that they'd boot him from the movie. Maybe they just realized they could save some money if Ruffalo wasn't on set every day to play the all-CGI character. But then there runs the risk that the quality of the Hulk will be lowered, since Ruffalo isn't provided motion capture. Look, I trust Marvel, and I'm sure they know what they are doing. This news is just more surprising than anything else. 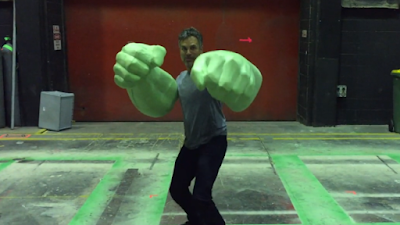 What do you think? Are you surprised Mark Ruffalo has wrapped so early on Thor: Ragnarok? What does it mean for the film? Will we not see a lot of Hulk, or is Ruffalo just not providing the motion-capture work for the character? Are you looking forward to seeing the movie? Leave your thoughts in the comments section below.