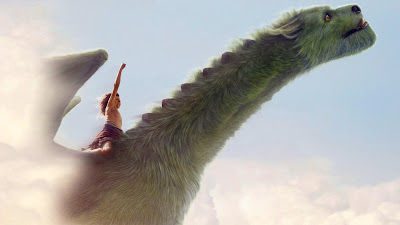 Pete's Dragon is a film that I didn't really have any expectations for. I don't think I even saw a trailer. To me, it was just another Disney movie. If I saw the original Pete's Dragon from back in the late 70's, then I don't remember it. So it's not really a story that's pinnacle, or ingrained in my childhood. It's just a movie about a big green dragon and, hey, I like dragons. Dragons are cool. I guess I'll go see Pete's Dragon. But the supporting cast did stand out to me. Robert Redford, Bryce Dallas Howard, Karl Urban, Wes Bentley-- these are strong and fantastic actors, and I was really hopeful that their inclusion in the film would elevate the movie. But walking away from the film, I liked it for a whole different reason. The supporting cast is fine(ish), but its the dynamic between Pete (Oakes Fegley) and his dragon that really stole the movie for me.

After surviving a deadly car accident, Pete (Fegley) is stuck in the woods, where he meets a giant green dragon that he named Elliot. Flash forward six years and Pete is discovered by park ranger Grace (Howard), who takes him in, separating him from his best friend. 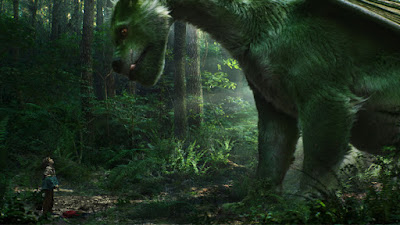 I really enjoyed this film. Is it the best written, best directed and best acted movie of the year? No, but it didn't need to be those things. It had a warm glow at the center of this film, and that was enough. It's an entertaining movie, and things like the plot or the character development don't matter as much. Although, those kinds of things are what makes a really good movie great. At the core of this film is the relationship between Pete and Elliot, and I think this movie really captured that. When you sit down and think about it, that dynamic is hard to capture. Your film depends on the onscreen chemistry of a child actor and a CGI character. And that aspect is one of the most impressive elements of this film-- that it does in fact pull it off.

Something that stood out to me was that the film was very straight forward, and seemingly paint-by-the-numbers. Many times that can be a movie's downfall, but for Pete's Dragon, it actually works in its favor. The movie didn't need to be convoluted, with all these different storylines and side plots going on simultaneously. It really only needed to tell the story about Pete and his dragon, and that is the movie we got. But it seems that is really the only dynamic that truly works in the film. I found that whenever the film deviates from Pete and Elliot, the movie loses its momentum. It's really the second act for me that begins to drag, because we don't have that dynamic prevalent in the movie anymore. 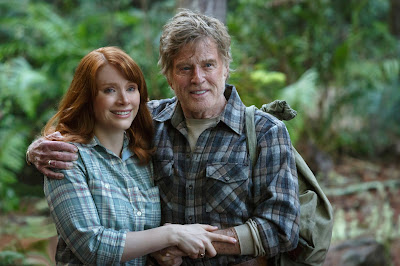 The supporting cast, as I said before, is comprised of all terrific actors, but it feels like they kind of mailed it in for this movie. None of them are above average in the film, which ends up really putting the emphasis on Fegley's performance, which I found to be excellent. It was disappointing to see this great ensemble of a supporting cast not add much to the film, but it was most disappointing to see Urban turn in a pretty poor performance. He was really over-the-top and campy in the delivery of his lines. None of the cast had great, fleshed out characters to work with, but at least Redford, Howard and Bentley were competent in their performances. Urban took his role and gave us a really unnecessary, laughable villain that the movie just didn't need. I love Urban, and I think he is a fantastic actor but he just did not do a good job in this film.

Overall, Pete's Dragon is a really fun and entertaining movie. It pulls off an incredibly challenging task of making the relationship between Pete and Elliot work, and having it be the crux of the movie. Oakes Fegley does a great job at leading the film, and gives a surprisingly good performance. The supporting cast, on the other hand, turn in passable performances, though they don't elevate the film like I had hoped they would. And Karl Urban was ultimately very disappointing. The movie's strength is when it features Pete and Elliot, and the movie stalled in the second act when the two were separated. But in the end, Pete's Dragon turned out to be a nice little film that delivers on just what it needed to be-- an fun hour and a half time-filler. 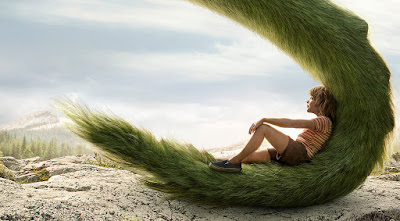 What do you think? Have you seen Pete's Dragon yet? Did you like it? Leave your (spoiler-free) thoughts in the comments section below.