Sausage Party may end up being one of the most original films of the year. It set a standard for R-rated animated films, as well as giving us a Pixar-style tale of the perspective of food. You can read our full review here. But since the movie has come out, a lot of talk has gone on about whether there will be a sequel. It mostly depends upon how much the movie ends up making at the box office, but just from looking at the opening weekend numbers, the possibility is definitely in sight. One of the minds behind the film and the lead voice actor, Seth Rogen, has said that he wants to make more films in the series, as well as other R-rated animated franchises. But as to how they will follow up Sausage Party, Rogen has a few ideas.

Rogen talked about his ideas in a recent interview. There will be spoilers for Sausage Party for the rest of the article, so if you haven't seen the film yet, go see it then read the rest of this article. In the interview, on the prospect of a sequel, Rogen said:

"It's something we talk about, yeah. That's one of the reasons why we took away the (original) ending because we thought, well, if that was the first scene of the next movie it's probably not what you would it to be, with them just seeing us and finding us basically. But the idea of a live-action/animated movie, like a Who Framed Roger Rabbit?-style hybrid is also very exciting, mostly because Who Framed Roger Rabbit? is one of my favorite movies of all time." 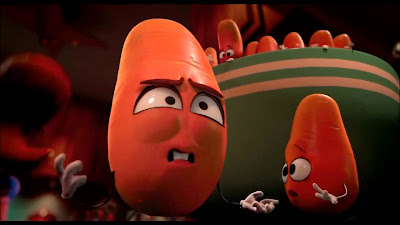 After seeing the film myself, I think this is the best way to go. The end of the movie definitely sets this up, and I found myself really wanting them to go through the portal into the real world. But the movie ended before we saw what was on the other side. I think this would be a great way to continue the story. Just imagine the possibilities: Rogen smoking weed with his hot dog counterpart. You know something along those lines will be in there. And the interactions between Edward Norton, an uber-serious thespian, and Sammy Bagel Jr. will be comedic gold.

I have an idea that they will most likely not do, but I think it would be great for the sequel. Rogen has been talking about doing a sequel to his 2013 film This Is The End, which saw exaggerated portrayals of Rogen and his friends in the real world surviving the apocalypse. Rogen has said that he wants to make a sequel, and I think there is a lot of potential in combining the This Is The End sequel with the Sausage Party sequel. If you have Frank and the rest of the food go through the portal and meet up with the This Is The End exaggerated caricatures, then I think that would be killing two birds with one stone, and it would be comedic genius. It will most likely not happen, but it's just a thought I had. So, Seth Rogen, if you're reading this, you can email me so we can figure out how much you should pay me for this brilliant idea. 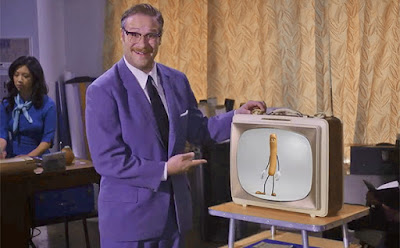 What do you think? What do you want to see in a Sausage Party sequel? Do you like Seth Rogen's idea? What did you think of the movie? Leave your thoughts in the comments section below.